Egyptian Christians have “increased determination to love and to forgive”

The World Evangelical Alliance and other evangelical groups ask governments to protect the Christian minorities. 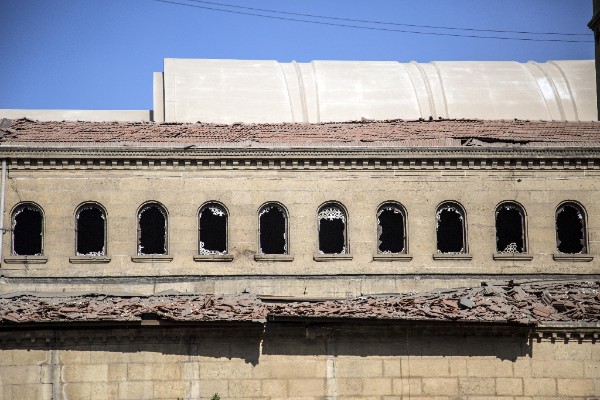 One of the buildings after the Cairo attack. / Agencies

Several Evangelical organisations expressed their support for the Christian community in Egypt after a terrorist attack killed 24 people near St Mark’s Coptic cathedral in Cairo.

The World Evangelical Alliance condemned the “devastating and senseless act of violence” in Egypt.

“We deplore Sunday’s attack and call upon the government led by President Abdel Fattah el-Sisi to ensure the protection of Christians in Egypt”, the Executive Director of the WEA Religious Liberty Commission, Godfrey Yogarajah, said.

WEA Secretary General Efraim Tendero added: “While we condemn the bombing in the strongest possible manner, we also call upon all Christians in Egypt to remain calm and united in the aftermath of the attack”.

In a statement by the Association of Evangelicals in Africa, Secretary General Aiah Foday-Khabenje, said: “While we take comfort in our faith in Jesus, we would be amiss in our civic responsibility without the strongest words of condemnation for the perpetrators and their accomplices for these barbaric crimes. The fact of these religiously motivated attacks in places of worship and curtailment of liberties for other people of faith in the so called Islamic and pseudo secular states is unacceptable.”

The AEA called on “world leaders, under the auspices of the United Nations, African Union etc. and the states leaders themselves” to protect Christians. The AEA also reacted to the church collapse in Nigeria in which dozens died the day before.

“There is an outpouring of mutual grief and solidarity, as all Egyptians are shocked and outraged at the evil intent of extremists”, a spokesperson of the Bible Society of Egypt expressed the day after the attack.

How are Christians responding? “Despite the horror, grief and fear, there is an increased determination to attend church, to love and to forgive”.

Later, Secretary General of the Egyptian Bible Society Ramez Atallah told Evangelical Focus about his hopes that opportunities appear for Christians and moderate Muslims to “strengthen ties” after the attack.

Published in: Evangelical Focus - world - Egyptian Christians have “increased determination to love and to forgive”