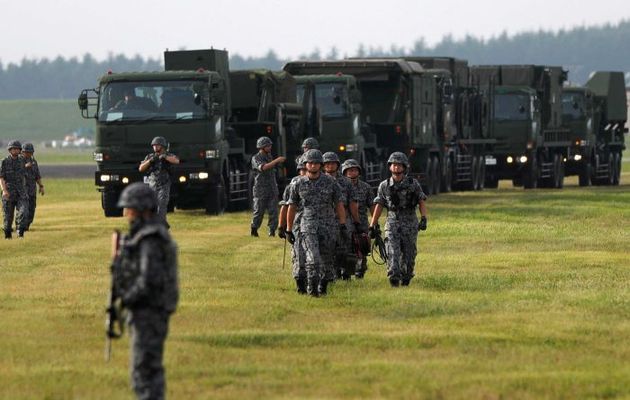 Japanese soldiers take part in a drill in response to a recent missile launch by North Korea. / Reuters

North Korea has fired a missile over the northern part of Japan early on Tuesday morning, officials said, as Tokyo warned citizens in the north of the country to to seek shelter.

The missile later broke into three pieces and landed in the sea. It flew for around 1,700 miles, reaching a maximum altitude of 350 miles, South Korean officials said. The US Pentagon confirmed the incident.

Soon after the launch, the Japanese Prime Minister Shinzo Abe called it a "unprecedented serious and grave threat to Japan" that "significantly undermines the peace and security of the region."

The Japanese leader and USA President Donald Trump have agreed to increase pressure on North Korea. “All options are on the table", the American leader warned.

The United Nations Security Council is expected to hold an emergency meeting in response. 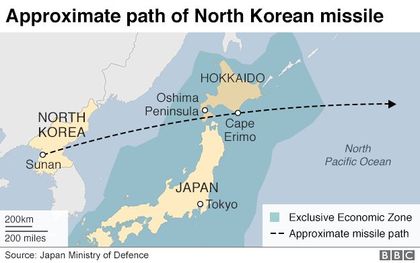 South Korea responded by conducting a bombing drill to test its "capability to destroy the North Korean leadership" in cases of emergency, an official with the country's Defense Ministry told CNN.

Meanwhile, China warned that tensions on the Korean peninsula had reached a "tipping point" but said the USA and South Korea were partly to blame. Foreign ministry spokeswoman Hua Chunying criticised the two countries for their repeated military drills putting pressure on the North.

The missile was the third fired by North Korea to have passed over Japanese territory. The first was in 1998 and the second in 2009, although Pyongyang claims they were satellites.

The World Evangelical Alliance (WEA), the World Council of Churches and the World Communion of Reformed Churches, called on churches to observe August 13th as ‘Sunday of Prayer for the Peaceful Reunification of the Korean Peninsula.’

"Dialogue and understanding is the right and moral way forward as we uphold the dignity and great value of every people who bear the image of the God of Peace”, Efraim Tendero, Secretary General of the WEA pointed out.

He added: “May God change hearts, may He change minds, and may He bring about unity in this land to the glory of His name.” 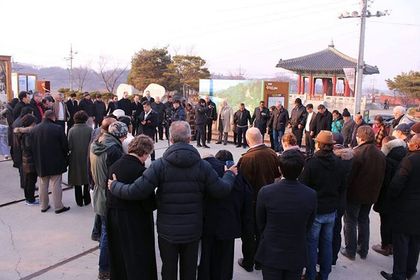 In February last year, participants of WEA’s International Leadership Forum in Seoul visited the Demilitarized Zone between North and South Korea and offered a prayer for reconciliation and reunification.

NORTH KOREA, A THREAT FOR CHRISTIANS

North Korea is at the top of the World Watch List of Open Doors, which ranks the 50 toughest states for Christians to live.

There are estimated 70,000 Christians imprisoned in labour camps in the country. Others who worship in secret risk death if they are discovered.

“We are passionate to do our utmost to help the secret church in North Korea. We, secret believers, are weak and powerless. However, through your support and prayers, we become stronger”, a North Korean Christian told Open Doors.

Despite the difficulties, there are signs of hope: “Since 1995, over 70 Christian organisations and churches have been welcomed by the North Korean government, because of their integrity and benefit to the nation”, says Jamie Kim, the founder and Executive Director of an NGO that empowers and equips Christians to engage North Korea.