Salama Baptist Church in Ancha lost 19 of its members in the massacre, nine children. “We found that those killed were from three households”, a survivor said. 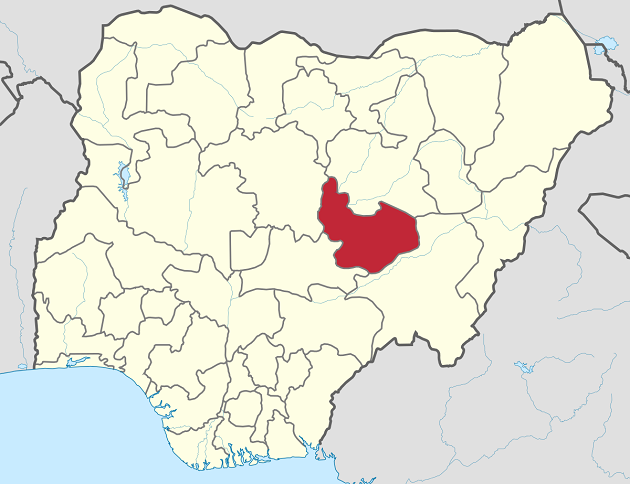 Muslim Fulani herdsmen in central Nigeria’s Plateau state massacred 20 Christians, including children, as they slept in the hours after midnight on Friday (Sept. 8) in an apparent reprisal attack that mystified villagers, sources said.

Police reportedly said the attack was an act of vengeance after the discovery last week of a slain and beheaded Fulani boy who was a resident of Ancha village, Miango District in the Bassa Local Government Area. But a village Christian told Morning Star News that the area’s terrified residents were at a loss to explain why they were targeted, as the murder of the Fulani took place at another village.

“The village where they claim one of them was killed over a year ago is not part of our village, and we have never had any misunderstanding with them in the past,” said John Bulus, church secretary of Salama Baptist Church-Ancha, which lost 19 members in the massacre.

Bulus told Morning Star News that Ancha villagers have never had any problems with the Fulani, who have a settlement a few kilometers away. He was able to recognize some but not all of the assailants, and area villagers believe Islamic extremist militants accompanied the herdsmen.

“On Saturday, September 2, while we were working on our fields and farms, we saw the Fulanis moving their cattle and families out of their camp, a settlement that is just some few kilometers away from here,” Bulus said. “So we rushed to them to inquire why the sudden departure from camp. They responded by telling us that one of them was some time ago killed in another village 5 kilometers from our village, hence, their decision to move away.”

“We never knew that these same Fulanis would return to attack us, as there is nothing that warrants an attack on us,” he said.

Bulus said nine of the 20 Christians killed were children, ranging in age from 3 months to 17 years old. Along with the 19 Baptists killed, one was member of a Methodist church, he said.

“SOME ATTACKERS LIVED CLOSE TO OUR VILLAGE”

Awoken by the sound of gunshots shortly after midnight on Friday (Sept. 8), Bulus quickly went outside to see who was shooting. He said he saw three persons standing with guns in their hands, and that he stood quietly watching them until they shot at him, nearly hitting him before he ran back into his house.

“One of them ran after me into the house, and he stood by the door to my room without entering the room or shooting, and after a few minutes he went out to join his colleagues outside,” he said. “And just as I was thinking about what to do, I heard sporadic gun shots all over the village. They were shooting everywhere in the village and this lasted for about 25 minutes.”

The assailants were talking to each other in the Fulani language, he said, adding that from the light of a bright moon, he was able to see that some of the attackers were area Fulanis.

“I can confidently tell you that some of the persons among those who attacked us are local Fulani herdsmen who lived close to our village,” he said.

About five minutes after the shooting stopped, he saw the assailants had gathered at a spot just outside the pathway that leads into the village and then they left. Bulus and others went from house to house to determine any casualties.

“We found out that 20 persons were killed, and six others were grievously injured,” he said. “We found that those killed were from three households. We have in all, 50 households in this village.”

Plateau Commissioner of Police Peter Ogunyanwo told reporters that the slain Fulani boy that triggered the attack was from Ancha village, was reported missing Aug. 3 and that his body was found three days before the Sept. 8 massacre. Some Nigerian press reported the boy’s body was found in Dantanko village.

“We are investigating the matter, but from our findings so far, the attack was carried out by Fulani herdsmen to avenge the killing of a young boy,” Ogunyanwo said.

He appeared to under-report the number of children killed, saying there were only seven, and that only five persons had been injured.

The official said five suspects had been arrested over the missing Fulani boy, but that no one had been detained in the Ancha massacre.

Christians make up 51.3 percent of Nigeria’s population, while Muslims living primarily in the north and middle belt account for 45 percent. Nigeria ranks 12th on Open Doors’ 2017 World Watch List of countries where Christians suffer the most persecution.