The officer who held them for eight hours has failed to show up. Sudan ranks fifth in the list of countries where Christians face most persecution. 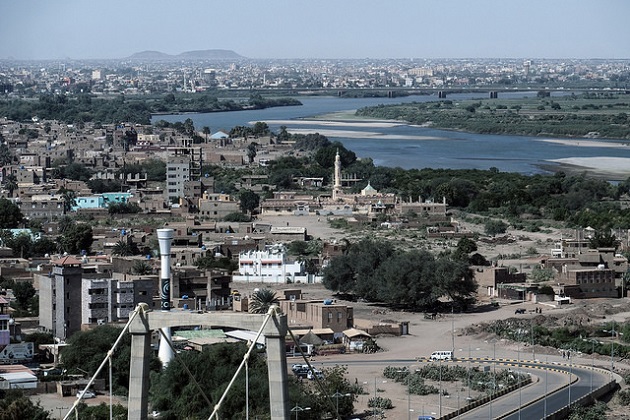 A view of Khartoum and the Nile, in Sudan. / C. Michel (Flickr, CC)

The police officer who accused five church leaders of refusing an order to stop worship services in Sudan again failed to show up at a hearing on Tuesday (Nov. 21), casting further doubt on the legitimacy of the charges, sources said.

The officer who arrested the Sudanese Church of Christ (SCOC) leaders after a worship service in Omdurman on Oct. 22 and held them for eight hours, has failed to show up at hearings since Oct. 30, a source who requested anonymity told Morning Star News.

“The case could be cancelled because the accuser has decided not to attend the hearings since last month”, the source said. “The five church leaders were accused of public disturbance, but the accusers were nowhere to be found”.

The Rev.  Ayoub Tiliyan, SCOC moderator; the Rev. Ali Haakim Al Aam, pastor-in-charge of the block 29 congregation; and pastor Ambrator Hammad, along with evangelist Habill Ibrahim and elder Abdul Bagi Tutu, a member of the SCOC presbytery, were arrested for non-compliance with a supposed government order to cease worship at the site in Omdurman, across the Nile from Khartoum. 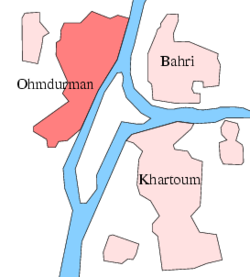 Police entered the SCOC-Harat church compound in the Hai Al Thawra West area of Omdurman and ordered the closure of the church, a move the five church leaders have strongly opposed.

The leaders were informed that the Sudanese Ministry of Guidance and Endowments has appointed a new administration for the SCOC that would determine who can worship at which church and when, according to advocacy group Middle East Concern (MEC).

The harassment came after police in Sudan detained and questioned another church leader in Omdurman in September and, in August, seven other church leaders were arrested, interrogated and released on bail. Elder Mahjoub Abotrin of the SCOC was arrested from his home in Omdurman on Sept. 22 and was interrogated before he was released. Sources said he was arrested because of his refusal to hand over SCOC leadership to government-appointed leadership.

The current leadership expires in March 2018. The SCOC constitution calls for a general assembly every three years to appoint church leaders.

CRACK-DOWN ON THE SUDANESE CHURCH OF CHRIST

The Rev. Kwa Shamaal (also transliterated Kuwa Shamaal), SCOC head of missions, and the Rev. Ayoub Mattan, SCOC moderator, were among the church leaders arrested. Pastor Shamaal was previously arrested on Dec. 18, 2015 and acquitted on Jan. 2 this year of charges ranging from spying to inciting hatred against the government.

Pastors Mattan, Shamaal and the others are still members of the legitimate executive committee of the SCOC.

Another SCOC pastor, the Rev. Hassan Abdelrahim Tawor, had received a 12-year sentence earlier this year after being charged with spying and trying to tarnish Sudan’s image, but he was freed along with Abdulmonem Abdumawla of Darfur on May 11 after receiving a presidential pardon.

He had been arrested along with Pastor Shamaal in December 2015. They were convicted on baseless charges of assisting Czech aid worker Petr Jasek – pardoned and pardoned and released on Feb. 25 – in alleged espionage, causing hatred among communities and spreading false information, according to their attorney.

Foreign diplomats and international rights activists took notice of the case after Morning Star News broke the story of the arrest of pastors Abdelrahim Tawor and Shamaal. Their arrests were seen as part of a recent upsurge in harassment of Christians.

IMPOSING THE ISLAMISATION OF THE COUNTRY

Most SCOC members have roots among the ethnic Nuba in the Nuba Mountains of Sudan’s South Kordofan state, where the government is fighting an insurgency. The Nuba along with other Christians in Sudan face discrimination and harassment, as Sudanese President Omar Al-Bashir has vowed to introduce a stricter version of sharia (Islamic law) and recognize only Islamic culture and Arabic language.

In its campaign to rid the country of Christianity, Sudan has designated 25 church buildings for destruction, and on Aug. 2 it demolished a Baptist church in Omdurman. On May 7 Khartoum state authorities in Sudan demolished a church building in the Khartoum suburb of Soba al Aradi, which began as a refugee camp for south Sudanese. A bulldozer sent by Jebel Aulia locality and the Ministry of Planning and Urban Development destroyed the SCOC building.

Authorities had notified church leaders of the impending demolition just a week prior. The government reportedly claimed the churches were built on land zoned for residential or other uses, or were on government land, but church leaders said it is part of wider crack-down on Christianity.