Around 25,000 marched for Jesus in Buenos Aires

The annual event organised by evangelical churches of many denominations used the opportunity to pray for the country. 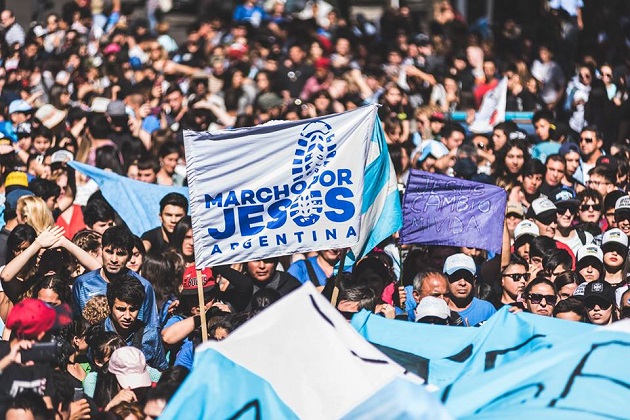 Many federations and about 100 pastoral councils took part in the “March for Jesus”, on the 25th of November. About 25,000 people filled the streets. 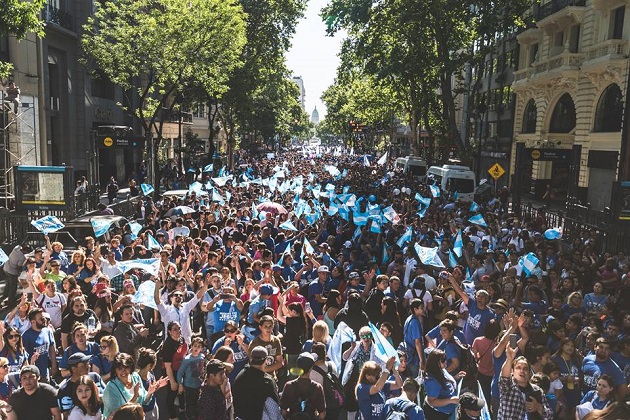 “We went out to share the love of God and His hope with others”, a spokesperson said.

It is “the faith in Jesus” what “makes that we as Christians are part of those who dream with a better country and join others in the genuine construction that needs all of us to grow in unity”, the organisers said. 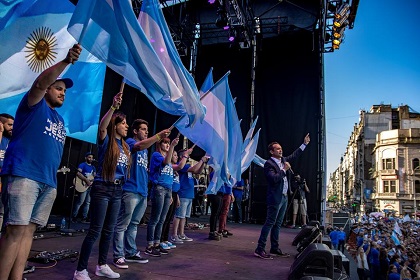 The march started in the Plaza de Mayo (the well-known May Square) and finished in the Plaza del Congreso (Congress Square). There, a worship service commemorated the 500th anniversary of the beginning of the Protestant Reformation, in Germany.

The participants also sang worship songs and prayed for the relatives of the 44 people that are missing after submarine ARA San Juan disappeared. 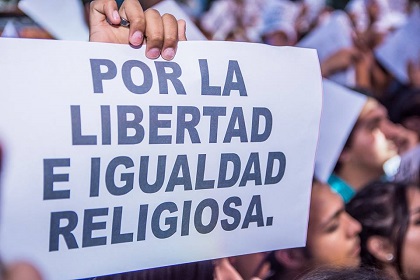 Signs calling for “more religious freedom” where seen in the crowd of the march. The mayor of Buenos Aires, Horacio Rodríguez Larreta, visited the event.

In October, the “Day of Evangelical Churches” was officialised in the region. 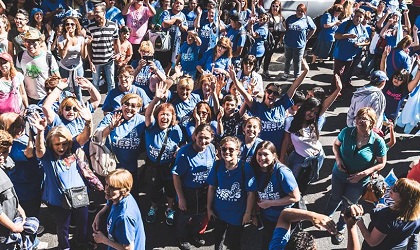 The President of Argentina, Mauricio Macri, had praised the “work culture and solidarity” of evangelicals.

This annual gathering was first held in 1994.

Young members of evangelical churches in the city organised a flashmob for the march. Watch video:

Published in: Evangelical Focus - world - Around 25,000 marched for Jesus in Buenos Aires