“Despite its flaws, the Human Rights Council is a unique venue where we can seek justice and love mercy”

Christians are called to “open our mouth for the mute, for the rights of all who are destitute”, says Wissam al-Saliby, the WEA Advocacy Officer for Human Rights in Geneva. 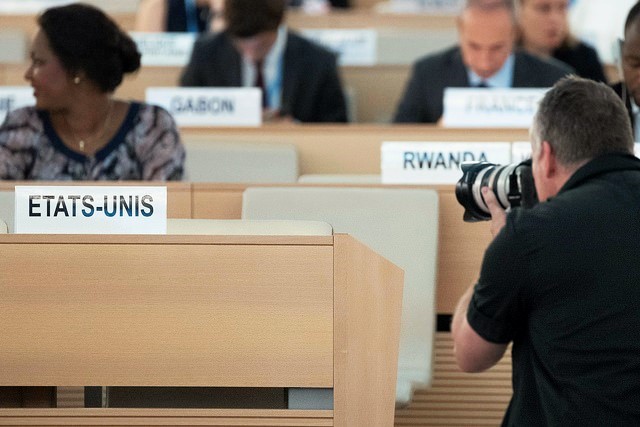 A photographer tak a photo of the plate of the United States of America at the 38th Regular Session of the Human Rights Council. 20 June 2018. / UN Photo, Jean-Marc Ferré (Flickr, CC)

After withdrawing from the Paris climate agreement and the UNESCO, the United States are leaving the United Nations Human Rights Council as well.

The decision to pull out of this global Human Rights forum was announced the same week the US administration came under severe criticism (including from evangelicals) because of the application of a “zero tolerance” migration policy that caused hundreds of families to be separated. Donal Trump later revoked these measures with a new immigration order.

WISSAM AL-SALIBY: “I REGRET THE DEPARTURE OF THE US”

Is the decision of leaving the Human Rights Council of the United Nations right? What is a Christian approach to this situation? 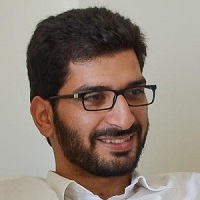 “I regret the departure of the United States from the United Nations Human Rights Council”, al-Saliby said.

“Working at the council reminds me that we are living between regeneration, the redemption of our bodies and the recreation of the cosmos. This is a world that is hurting. Creation is groaning. The weight of sin is heavy”.

“OPENING THE MOUTH FOR THE MUTE”

“Despite the flaws of the Human Rights Council (as is the case of all inter-governmental bodies), it is a unique venue where we can seek justice, and love mercy. As per Proverbs 31, verses 8 and 9, it is a venue where we open our mouth for the mute, for the rights of all who are destitute, and defend the rights of the poor and needy”.

“As Human Rights are eroded globally and knowing that 80% of the world’s population live in countries where freedom of religion is restricted, the council is an irreplaceable venue to defend human rights including freedom of religion”, he concluded.

Published in: Evangelical Focus - world - “Despite its flaws, the Human Rights Council is a unique venue where we can seek justice and love mercy”