The World Evangelical Alliance denounced at the UN Human Rights Council that people in these Asian countries “are experiencing more and more restrictions on freedom of religion or belief”. 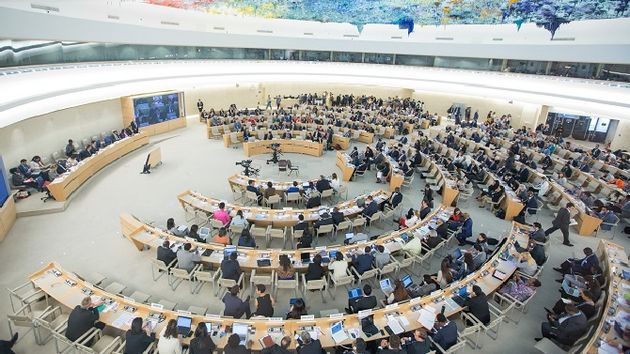 The World Evangelical Alliance (WEA) is present at all sessions of the Human Rights Council (HRC) of the United Nations and actively engages in defence of human rights and Christian public engagement.

During the Human Rights Council's 39th session, the WEA denounced the increasing restrictions on freedom of religion or belief that member alliances are experiencing in Nepal, India and Sri Lanka.

In its statement, the WEA appealed to the the Human Rights Council and to the Office of the High Commissioner for Human Rights to “keep the right to freedom of belief high on their agenda, and to promote a more inclusive understanding of the State”.

“In August 2018, Nepal’s new Criminal Code came into effect. This new legislation, together with Nepal’s constitution, put disproportionate restrictions on the freedom of religion or belief, criminalize attempts to convert one’s religion, and thus violate the right of religious communities to share the tenets of their belief”, WEA representative Wissam Al-Saliby explained.

“Our member national alliance in Sri Lanka informed us last month that the Sri Lankan Supreme Court decided that the right, I quote, “to propagate” one’s religion is not protected by the Constitution”, the WEA Officer added.

All these countries “are experiencing more and more restrictions on freedom of religion or belief that reflect a paternalist understanding of the State, which feels it has a role to protect adherents to the majority religion from “the danger” of changing their beliefs and adhering to other worldviews”, he pointed out.

“We appeal to the governments of Sri Lanka, Nepal and India to repeal legislation and jurisprudence that violate religious freedom”, the WEA concluded.