More than 150 have been detained in the last month. “The current situation has been described by some as unprecedented, there are a huge number of arrests and detentions”. 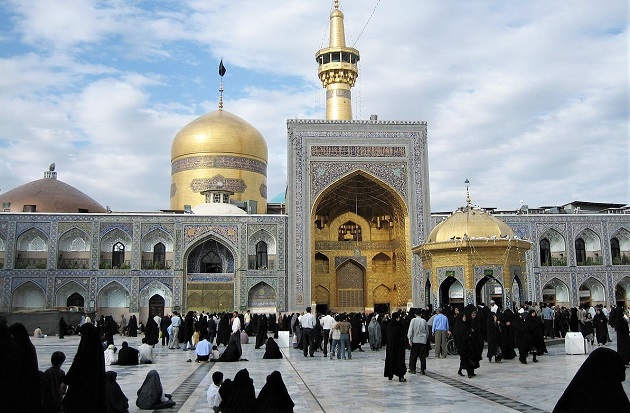 Arrests of Christians in Iran usually spike as Christmas approaches, but this year has been especially severe, sources said.

More than 150 Christians have been detained across the officially Shia Muslim country in the last month, and arrests are expected to continue.

“The current situation has been described by some as unprecedented,” Miles Windsor, advocacy and development manager at Middle East Concern (MEC), told Morning Star News. “There are a huge number of arrests and detentions.”

An uptick in arrests is expected around Christmas, Windsor said, when many Iranians are attracted to Christianity and the government seeks to deter interest through intimidation.

“Recently it seems there is definitely a coordinated and determined campaign to decimate the Christian community and to spread fear and intimidation,” Windsor said.

This year has been especially severe, however, according to MEC. Some analysts speculate that security branches, fearful of funding cuts, are trying to show their effectiveness and justify payments from the government by showing how many Christians they can arrest.

Among them, Amir Taleipour, 39, and his wife Mahnaz Harati, 36, were arrested in front of their 7-year-old daughter by intelligence agents who raided their home in Mashhad, northeast Iran on Dec. 6. The couple has not been allowed to communicate with family members or access legal assistance since then, according to MEC.

Family members are caring for their daughter while the couple is in detention, according to MEC.

Iran’s constitution makes Shia Islam the official religion but recognizes Zoroastrianism, Judaism and Christianity as official religious minorities. It states that all laws and regulations must be based on “Islamic criteria” and official interpretation of sharia (Islamic law).

The penal code specifies the death sentence for “proselytizing” and attempts by non-Muslims to convert Muslims, as well as for moharebeh (“enmity against God”) and sabb al-nabi (“insulting the prophet [Muhammad]”), according to the U.S. State Department’s latest International Religious Freedom Report (2017).

On Dec. 2 two sisters from Ahvaz, in the southwest part of the country, were arrested and assaulted in detention, according to MEC.

Shima Zanganeh, 27, and Shokoofeh Zanganeh, 30, were arrested, along with Farzad Behzadi, 30, and Abdollah Yousefi, 34, who are not related to the sisters. Thirteen plain-clothes revolutionary guards raided each of their homes, confiscated their books, phones and computers, according to MEC, and took the four Christians into custody for interrogation.

Security personnel beat the sisters during interrogation at security offices in Ahvaz. Prison authorities called to report the beatings to the family, and the sisters confirmed the physical assault in a phone call, according to Mohabat news.

“The sisters were beaten badly in their interrogation,” Windsor said. “Eventually they were able to make a short phone call home to let family know where they were taken.”

The sisters were transferred to Sepidar Prison in Ahvaz on Dec. 12, and a judge has set a high bail of about US$44,000 for each.

Each day that their family tried to pay the bail, court officials would tell them that the judge was not in, according to Mohabat News.

“There are suspicions the Iranian authorities are delaying their release to give time for the marks of their beating on the two sisters to heal before they are released conditionally,” Mohabat reported.

The whereabouts of Behzadi and Yousefi are unknown.

Interrogations are usually used to gather information on the arrestees’ networks and particularly to target leaders, Windsor said.

At the end of November, about 100 Christians were arrested near Tehran.

Authorities arrested Jamshid Derakhshan, 64, along with at least 70 other Christians near Karaj in Hashgterd, which is near Tehran, on Nov. 30. Derakhshan was on his way to a house-church ceremony, according to Mohabat News, but never returned, and his family’s attempts at finding out his whereabouts were unfruitful.

Two weeks later, Derakhshan was able to make a phone call and told his family he would soon be released on bail, Mohabat reported.

Derakhshan converted to Christianity 30 years ago and had already been expelled from his workplace at a government organization due to his faith, according to Mohabat, which added that his family is worried about his health as he suffers from a stomach illness.

In connection with the 70 arrests at the end of November, 30 other Christians were arrested around the same time in Damavand and other parts of Tehran Province.

Arrests are continuing, Windsor said, which increases fear and limits the flow of information.

“I don’t think much is known internally at the moment,” Windsor said. “There’s not a free flow of information.”

While it is legal to practice Christianity in Iran, Christian converts from Islam and those who share their faith are prosecuted by the government.

After interrogation, arrestees are usually charged without basis of espionage and undermining national security, Windsor said, followed by unjust convictions and heavy sentences of up to 10 or 15 years in prison.

“There is no doubt that it’s the Christian faith of these individuals that is the reason behind their arrests and detentions,” he said.

Christianity is growing in Iran, despite the ongoing crackdown. As many as 800,000 Iranians are worshipping Christ within Iran’s borders, according to Open Doors, and other organizations believe the figure could be as high as 1 million in the country of 80.3 million.

Aside from shedding light on what is happening to Christian converts in Iran among the international community, many are praying, Windsor said.

“There are a great many who are going to be praying into this situation at the moment and praying that the Christian community will be able to stand strong,” he said, “and that God would be comforting those who are suffering in detention and healing those who have had physical or emotional trauma at the hands of the Iranian authorities, and praying that this would relent and that Christians would be able to worship freely in Iran.”

The U.S. State Department this month again designated Iran as a Country of Particular Concern for severe religious freedom violations.

In Christian support organization Open Doors’ list of countries where it is most difficult to be a Christian, Iran had a score of 85 out of 100 in the 2018 World Watch List, leaving it ranked 10th out of 50.