Tension against Christians grows in the Philippines

Filipino President Duterte has repeatedly insulted Christians. Churches in the country: “We are being attacked because we are taking the side of loving our neighbour. These attacks must stop”. 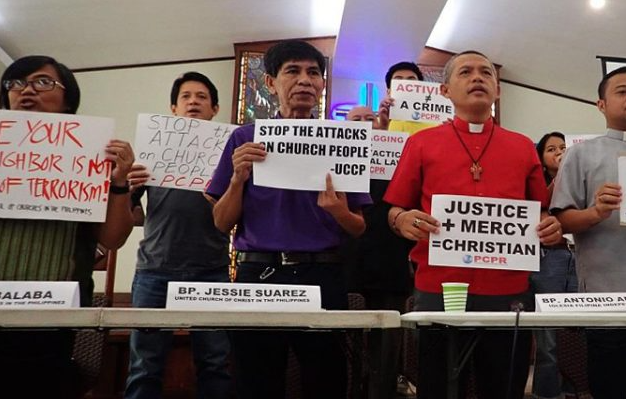 The Philippines may not appear on the World Watch List of the 50 countries where it is most difficult to be a Christian. But its President instigates the population to kill the Catholic bishops as the conflict between the government of Rodrigo Duterte and Christian churches grows.

The last example took place in December, when the President said in a speech that the representatives of the Catholic church were “useless bastards and all they do is criticize”, after encouraging the audience to kill them.

ATTEMPTED MURDER OF A RELIGIOUS LEADER

Shortly after these statement, the National Council of Churches in the Philippines (NCCP) informed about and condemned the attempted murder on Rev. Marvin de Leon, a leader of MC Navia Sr. Memorial UMC in Bulacan.

According to the United Methodist Bishop of the Manila Episcopal Area, Ciriaco Francisco, de Leon is “a minister who has sought to faithfully fulfil his mission mandate as a pastor of the needy and oppressed”.

“We pray that these evil acts against the church will end. We do our ministries in obedience to our calling to care for the neglected, the marginalized, and those who made poor because of unjust systems. Our faith calls us to action. We are being attacked because we are taking the side of loving our neighbour. These attacks must stop”, Francisco added.

It is not the first time that the leader of the Philippine government makes controversial statements regarding Christians in the country. 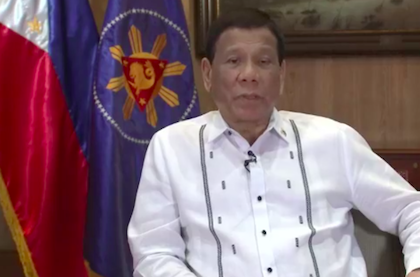 In July 2018, Duterte called God “stupid” and slammed the idea of original sin and the biblical teaching of creation. “What kind of religion is that?”, he said then.

The Philippine Council of Evangelical Churches (PCEC) pointed out that they felt “immensely offended by President Rodrigo Duterte’s statement that God and the Biblical teachings of creation are stupid”.

They asked Duterte “to refrain from issuing insulting statements against the Christian faith”.

Philippine Christians have rejected several political decisions of Duterte, specially, the methods of his fight against drugs, which has left more than 12,000 deaths due to violence since 2016, according to Humans Rights Watch.

That same year the President removed the Philippines from the International Criminal Court.

Another measure that has aroused much controversy in the country and the international community is the reduction of the criminal age, which was 15 until now.

The Justice Committee of the Philippine Parliament has approved an amendment this month, at the request of Duterte, which modifies the Juvenile Justice and Welfare Act of 2006, heavily criticized by Duterte. 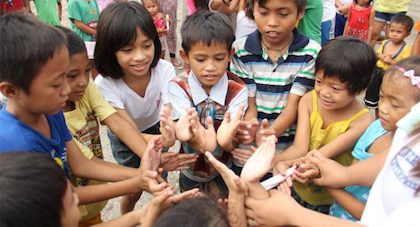 The new measure “lowers the minimum age of criminal responsibility of children to age nine”.

“It is time to pass a law that protects children from being used by the mafias, by allowing punishment”, said the head of the committee, Doy Leachon.

Although the law is mainly aimed at persecuting those who use minors to commit criminal activities, especially the sale of drugs, it also involves the imprisonment of children from nine years of age in juvenile detention centres.

NCCP: “A SOCIETY MORE UNSAFE AND VIOLENT FOR OUR CHILDREN”

In a statement, the NCCP “reiterates its vigorous opposition to the passage of the Bill” and “urge the government to fully implement the Juvenile Justice and Welfare Act of 2006”.

“Children in conflict with the law reflect a society in deep crisis. The grim reality of joblessness, landlessness, lack of social services, high inflation rate, among others, have made this society more vulnerable, unsafe and violent for our children”.

According to the NCCP, “these should be addressed as a way of protecting our children and upholding their rights”.

“It is our children, especially those in marginalized communities who suffer because of insufficient support, our inability to provide them with what they need, our insufficient love and care, and our failure to nurture them in a safe environment”, it concluded.

Published in: Evangelical Focus - world - Tension against Christians grows in the Philippines