Christianity is the third religion in number of population of Taiwan, “but socially many families are still hostile to Christianity”, says an evangelical pastor in the island. 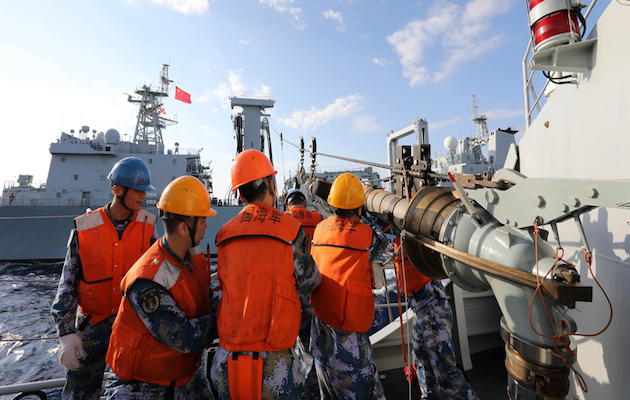 Chinese marines on manoeuvres in the Sea of China. / Zhou Qiqing, China military.

Chinese President Xi Jinping said in January that his government is willing “to create ample space for the peaceful reunification of Taiwan and China”.

“But we will not leave any room for separatist activities. We do not promise to renounce the use of force and we reserve the option to take all necessary measures”, he added.

Despite being officially part of the Chinese State, the island functions as an independent country, with its own government and periodic elections, although without representation in the United Nations and with little international recognition.

That autonomy clashes with the centralist model of Beijing, and even more with its policy of control in the Sea of China and the Taiwan Strait.

Taipei became a refuge for the defeated Kuomintang, the Republican Party, after the war that led Mao Zedong to establish the People's Republic of China in 1947, and the relations between Beijing and Taipei have been especially tense since 2016, with the arrival of the first woman to the Taiwanese presidency, Tsai Ing-wen.

XI JINPING: “INDEPENDENCE OF TAIWAN WILL ONLY BRING HARDSHIP”

Ing-wen has demanded respect for national identity and the intention to maintain the status of Taiwan as it stands, that is, without a formal declaration of independence but without close ties to China.

“The Taiwanese population, regardless of which political parties, religions or social classes they belong to, should be warned that an independence of Taiwan will only bring hardship”, Xi Jinping said in his speech.

He also promised “peace” and a “good and prosperous life” to the Taiwanese in the event of a reunification.

“Threats from China are growing more strident”, the Pastor of the Grace Church in Taiwan, David Homer, said in an interview with Spanish news website Protestante Digital.

He explained that “some want to emulate the Hong Kong model, although recent events have shown people in Taiwan that model is a sham”.

“Others, particularly younger people filled with idealism, obviously hope for a future of continued independence while maintaining the status quo”, he added.

According to Holmes, “as one who has followed this stand off since 1970 and watched the progression and development of China, it is inconceivable that China will be satisfied with any thing less than a total defeat of the Kuomintang and destruction of all of what the national flag of Taiwan represents”.

“In forty years of ministry I have become familiar with the total depravity of the unregenerate human heart, and that is an undeniable characteristic of modern China and its growth pattern”, the pastor pointed out.

That is “evident in how they are ignoring their promises to the people of Hong Kong. It is evident in their increasingly intimidating bully tactics”, Holmes said. 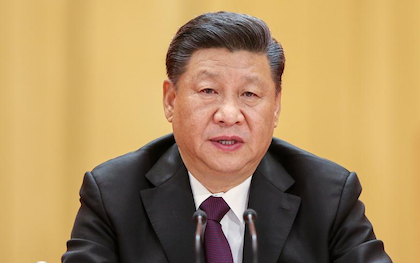 “THERE WILL BE A CONFLICT”

Andrew Chiang, former pastor of the International Church of Beijing, who currently leads a bilingual community in the Taiwanese city of Kaohsiung, told Protestante Digital that “most people in Taiwan are tone-deaf to such statements, having heard them all their lives”.

“However, Xi seems much more intent on reunifying Taiwan and China, a move that could bring disastrous consequences, if there is a military conflict”, Chiang added.

Pastor Holmes believes that “one of these days there will be a conflict. China has been patient, very patient. How long will they continue to exercise restraint?”.

“If Taiwan continues to insist on the status quo, without any progression to accepting and yielding to China’s demand for recognition as the Central Kingdom, I believe violence will be exercised”, he said.

The Chinese President mentiones religion among the prominent factors of the identity of the population of the island.

The Joshua Project places Christianity as the third religion in number of population of Taiwan, with 6%, only after ethnic religions and Buddhism.

Meanwhile, in China, Christians rank as the fourth most important group of people in the country, after non-religious, ethnic religions and Buddhism.

The latest episodes of persecution offer no reason to trust the Chinese promise of prosperity.

Those hostilities have also affected the interaction between the Christian communities of Taiwan and China.

“In the past 5-10 years more Chinese Christians have been able to come to Taiwan to attend seminary and Christian conferences, due to relaxed visa restrictions, especially under the last administration”, Chiang explained.

“However, since last year new religious regulations, many of these teacher exchange programmes have been cancelled or relocated to other countries”, Chiang added.

In fact, one of the stipulations of the new regulation, says that only national religious groups will be able to open schools of religion. 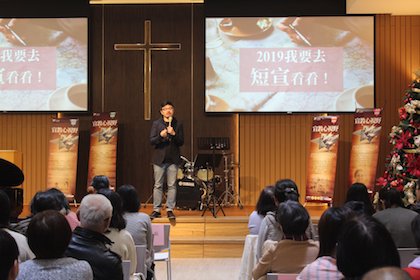 According to Holmes, Taiwanese Christians “do not see reunification with China as a mere imposition of religious restrictions, but as a total loss of the freedom they have come to deeply cherish, living under a democracy in which they openly participate and freely express their personal opinions, without fear of persecution”.

“Those who advocate for reunification with China are more concerned about monetary gain and economic growth, than about the loss of human rights, loss of personal freedoms or spiritual restrictions”, the pastor says.

Chiang agrees with Holmes and believes that a reunification with China “would bring significant limitation on political and press freedoms, as we saw in Hong Kong, although economically there may be benefits, especially for investors and property owners”.

“It could also be beneficial for Christians, as believers will be forced to reconsider what it means to be a Christian”, he adds.

Despite having some 4,000 local churches and a certain influence in terms of theological training, due to the religious freedom they do not have in Beijing, the Christians in Taiwan are weighed down by their Western character and coexistence with certain old pagan beliefs. 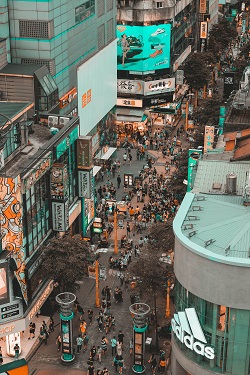 “I would describe Christians in Taiwan as being generally tepid. Christianity here has never been free of a Western Religion label. Church services, church policy, worship practices might be thought of as biblical but they have a distinctive western flavour about them”, Holmes says.

“Taiwanese non-Christians overwhelmingly view Christianity as a Western religion, so that they have a reason not to embrace a foreign religion, but keep their more familiar local spiritual practices”.

“MANY ARE STILL HOSTILE TO CHRISTIANITY”

Chiang points out that “there are Presidential prayer breakfasts, similar to those of the US, but socially many families are still hostile to Christianity”.

“In the major cities, especially Taipei, there are so many churches, seminaries, Christian bookstores, conferences, etc, but in the countryside there are very few churches”, he explains.

“Compared to China, Christians in Taiwan, including the highly educated, are much more influenced by Chinese folk religion, so that charismatic faith healing and the prosperity gospel are very popular”.

The limited missionary capacity of the churches on the island is a factor that proves the need of local consolidation.

In this article of the Lausanne Movement published by Evangelical Focus, the President of the United Taiwan Missions (UMOT), Ray Peng, wrote that Christianity had experienced a great growth since its arrival in Taiwan, 150 years ago, but now, the national community barely had 600 missionaries sent full time, out of a population exceeding 23 million people.

When asked how Christians can pray for Taiwan, both pastors agree on two specific issues: peace and the commitment of Christians on the island.

“Pray for cool heads among the leaders. Pray for churches to take advantage of our freedoms to preach Jesus and his gracious gift of salvation rather than our denomination or our religious practices”, Holmes asks.

Meanwhile, Chiang calls to pray for “peace and a more balanced economic growth in the country, and for Christians to have a global perspective of the kingdom, that leads them to really look for the good of society, and not just self-preservation”.