According to the law, conversion from Islam is illegal and punishable by death. “Christian converts will be forced to hide their faith even more carefully”, Open Doors says. 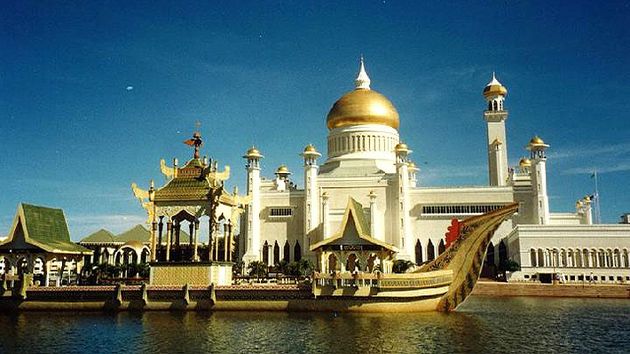 The full Sharia law has gone into effect in Brunei, the small Sultan-ruled country on the Southeast Asian island of Borneo, this Wednesday.

The newest and third phase of the law says that those found guilty of gay sex, rape or adultery can be stoned to death or whipped, while thieves face amputation of a right hand on their first offense and a left foot on their second.

The law mostly applies to Muslims, including children who have reached puberty, although some aspects will apply to non-Muslims. Individuals who have not reached puberty but are convicted of certain offences, may be instead subjected to whipping.

The law also puts Christian converts at risk, because conversion from Islam is illegal and punishable by death.

Additionally, those who “persuade, tell or encourage” Muslim children under the age of 18 “to accept the teachings of religions other than Islam”, are liable for a fine or jail.

Under Bruneian laws, converts to Christianity will be separated from their spouse and children, and their spouse will be forced to divorce them. If converts are identified by the security department, they will make them recant their faith.

In 2015, Brunei banned Christmas because “are contrary to Islamic culture, and could damage the faith of the Muslim community”.

According to Open Doors, “it is to be expected that not only society will change, depending on what exactly will be considered as ‘anti-Islam’, but also that the country’s Christian converts will be forced to hide their faith even more carefully”.

On Tuesday, the United States, the United Kingdom, Germany and France joined in urging Brunei to halt its plans.

“Any religion-based legislation must not violate human rights, including the rights of those belonging to the majority religion as well as of religious minorities and non-believers”, the UN High Commissioner for Human Rights, Michelle Bauchelet said in a statement.

Celebrities including George Clooney, Elton John and Ellen DeGeneres have voiced opposition to the new laws, and have rallied a boycott of nine hotels in the U.S. and Europe which belong to the sultan.

Muslims make up about two-thirds of the Brunei’s population of 434,000. The country ranks 36 on the World Watch List.