“The church in Laos is growing, even under the strictest restrictions”

“The government has passed laws that blatantly violate religious freedom”, Swiss Christian NGO HMK says. Christian natives and foreigners have been arrested because of their faith. 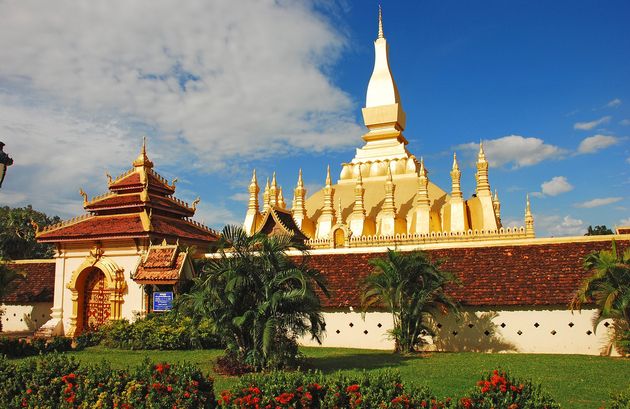 Pha That Luang in Vientiane, the capital of Laos, is a national symbol. / Aaron Smith. Wikipedia, CC

The pressure on Christians in the Southeast Asian country of Laos (Lao People's Democratic Republic) is increasing.

The communist one-party state has deepened relations with Vietnam, North Korea and China, “a rapprochement that is a concern for Christians in the country”, explains HMK, a Swiss organisation against Christian persecution.

HMK talked with a pastor from Laos, who has been “working and serving the Lord for over 20 years. I also work with the underground movement; through this, many, many things have happened among the churches in Laos”.

“Humble people that loved the Lord, when they got saved, they opened their houses for worshipping God”, he told HMK.

The pastor explained that “the local government tried to stop one of them, but he stayed firm and continued to open his house, so that, the government finally put him in prison 3 months”.

“The authotities also took his family out of the village, which was a great trouble for them, because the children did not have a school to go to, and the family could not have water from the public well”, he added.

Then, “when the family went to visit relatives in other village, the chief of that viallge did not allow them to go there either. After three months, the man was released but they did not allow him to come back to his ouse, he had to go somewhere else”.

“We try to help them with basic needs, like food, a place to stay, and school for the children. We want to share this with you, so that you know how to pray for us, you remember us, and you can also help us with our finances”, the pastor concluded.

HMK also reported that “in April 2019, three volunteers from the Christian US relief organization Vision Beyond Borders, who worked with poor and orphaned children, and women forced into prostitution by traffickers, were arrested and deported”.

“Also in April, the police arrested and beat up a Christian in the southern province of Savannakhet because of his Christian faith”, HMK confirmed.

The Laos Constitution guarantees religious freedom, “but only on paper and to promote trade with the West and to avoid international sanctions. But in the past decade, the government has passed and enforced laws that blatantly violate religious freedom”, HMK says.

Just recently, the government has enacted its Decree No. 238 on Associations, which allows it to arbitrarily restrict or ban the formation of associations, including churches, and to criminalize unregistered associations, giving they the opportunity to sue their members in court.

Furthermore, in 2016, the Laos government issued Decree No. 315 on the Management and Protection of Religious Activities, which contains many additional restrictions regarding the registration of religious groups, the ordination of religious leaders, religious events, acceptance of foreign money, travel abroad or invitations from foreigners to Laos.

“IT IS DANGEROUS TO BE A CHRISTIAN IN LAOS”

“The ideology of the Communist government, laws to exercise strict control over religious groups and demand their registration, and the stamping of Christians as American agents together, form a deadly mix that makes it extremely dangerous in this country to be a Christian or become active as a Christian”, HMK pointed out.

According to the Chistian organisation, “the government uses all the administrative machinery down to the elders of the village to prevent people from becoming Christians or from punishing and daring those who dare”.

“And yet the church in Laos is growing, slowly but surely, even under the strictest restrictions”.

Published in: Evangelical Focus - world - “The church in Laos is growing, even under the strictest restrictions”