Growth of evangelicals in Argentina

An official survey shows that evangelicals are now 15.3% of the population. It is the faith group with the highest church attendance. 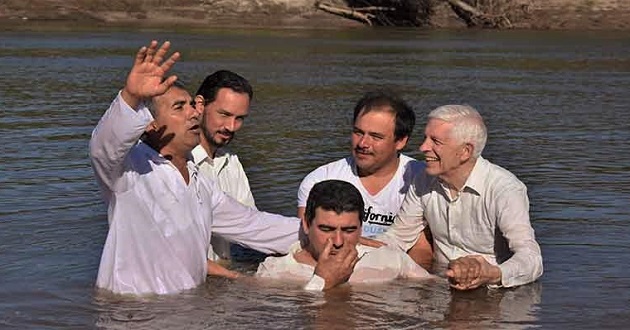 A baptism service of an evangelical church in Argentina. / Evangélico Digital

The government of Argentina published this week the figures of the Second National Survey on Beliefs and Religious Attitudes.

It is a detailed research which compares the social and religious evolution of Argentinians in the last 11 years (from 2008 to today).

According to the data of this survey, the number of people who identified as evangelical Christians in Argentina increased from 9% in 2008 to 15.3% in 2019.

Meanwhile, the Roman Catholic Church of the Latin American country has lost members. In 2019, 76.5% of the population identified with Catholicism, now the figure has fallen to 62.5%. The decline is starker if the Catholic affiliation is compared with the 1960 decade, when over 90% of Argentinians identified as Catholics.

“The survey shows that the belief in God is at around 80%, but we are in a context of distrust in the institutions in general, a reality that affects religious organisations as well”, said sociologist Fortunato Mallimaci, leader of the research group commissioned by Ministry of Society, Culture and Religion.

“That could be what explains why 60% of believers admit that their relationship with God is managed on their own, and only 30% attend a church building”.

THE ABORTION DEBATE IN ARGENTINA

The official survey also asked Argentinians about controversial issues such as abortion. Right now, the majority is far from having a pro-life mentality. 18.7% of the population is against abortion under any circumstances. On the other side, 27.3% believe abortion should be a right of women.

The position of Catholics is very similar to the rest of the population: 22.3% believe it should be a right, and 17.3% are against ending the life of unborn babies.

Evangelicals are more clearly pro-life, the survey shows. 4 in 10 totally oppose abortion and only 7.3% say it should be a right of women. 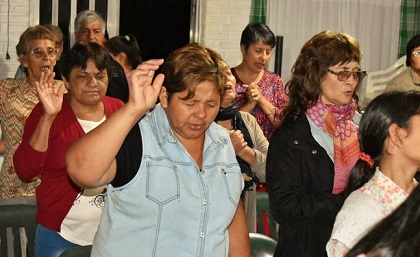 Despite the growth of laicisim, Argentina continues to be a country with a majority that identifies with Christendom. 82.9% say they have some degree of devotion for Jesus Christ, 81.9% believe in God, and 75.9% in the Holy Spirit – although all three beliefs have decreased since 2008.

The fact that citizens identify with Catholicism and evangelicalism does not mean that they are committed Christians with a regular implication in a local church. The figures show that there is are increasingly more people who ignore church and adopt “à la carte” beliefs.

Among those who related to the Christian faith “institutionally”, evangelicals are those who most attend collective celebrations and visit a church building (55.3%). Among Catholics, church attendance falls to 25%.

Published in: Evangelical Focus - world - Growth of evangelicals in Argentina