“Evangelicals for Trump” will be presented in a Miami megachurch. A growing number of Christian voices warn that an uncritical attachment to the President could damage the gospel witness. 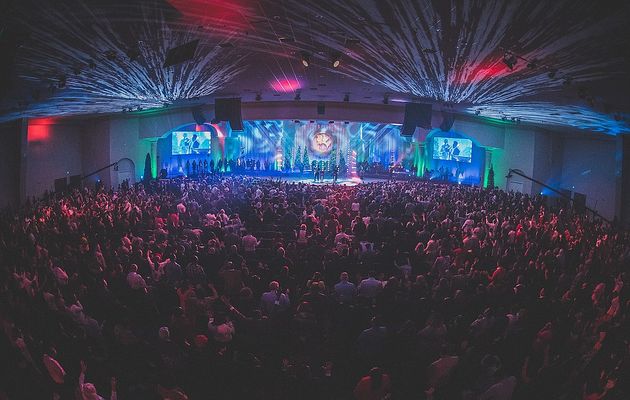 The King Jesus/ Rey Jesús International Ministry church in West Kendall, Miami, will hold the launch of “Evangelicals for Trump” coalition, on January, 3.

One day after the magazine Christianity Today supported Democrats’ impeachment in an editorial, and called for the President’s removal, the Trump campaign announced the event. The location was not revealed until last Friday.

“THE EVENT WILL BRING TOGETHER EVANGELICALS FROM ACROSS THE NATION”

“El Rey Jesús was a natural fit to launch our Evangelicals for Trump coalition”, Kayleigh McEnany, national press secretary for Trump Victory, said in a statement to the Miami Herald newspaper.

McEnany also pointed out that “Apostle Maldonado is a staunch supporter of the President, reflecting the great and overwhelming support President Trump has among the evangelical community at large”.

“The event will bring together evangelicals from across the nation who support President Trump’s re-election”, the Trump campaign stated in a press release.

ONE OF THE LARGEST HISPANIC CHURCHES IN THE US

King Jesus is one of the largest Hispanic congregations in the country, with thousands of people regularly attending its services. It is the flagship of a chain of 10 affiliated campuses, from Chicago to Homestead, Florida.

The church is led in English and Spanish by founder Guillermo Maldonado. It has its own broadcasting network, university and an outdoor pool for full-immersion baptisms.

El Rey Jesús has long been a stop for political candidates. U.S. Sen. Rick Scott spoke there in 2010 on the Sunday before Election Day during the Republican primary for Florida governor, and congressional candidates in Florida’s 26th district regularly go there during campaign season.

Maldonado says he believes the church should become more involved in politics. He supported Republican presidential nominee John McCain in 2008.

The Pastor has given the invocation before the U.S. House of Representatives, visited the White House in 2017 to see Trump sign an executive order on free speech and religious liberty, and was among a group of evangelical leaders who prayed with Trump in the White House in October 2019.

Although statistics says a majority of evangelical Christians still back the US President, a new poll from Politico/Morning Consult indicates that support for Donald Trump among US evangelicals is falling.

The poll shows that 43% of evangelical voters would approve of President Donald Trump being removed from office.

In the 2016 election arround 80% of eangelicals said they had voted for Trump. Their support, analysts say, is crucial to his re-election bid next year.

Published in: Evangelical Focus - world - Trump launches group to attract support of evangelicals ahead of 2020 election