One week of protests over George Floyd’s death

“Floyd was a person of peace, that helped the gospel go forward”, said pastor Patrick Ngwolo, who had worked with Floyd. 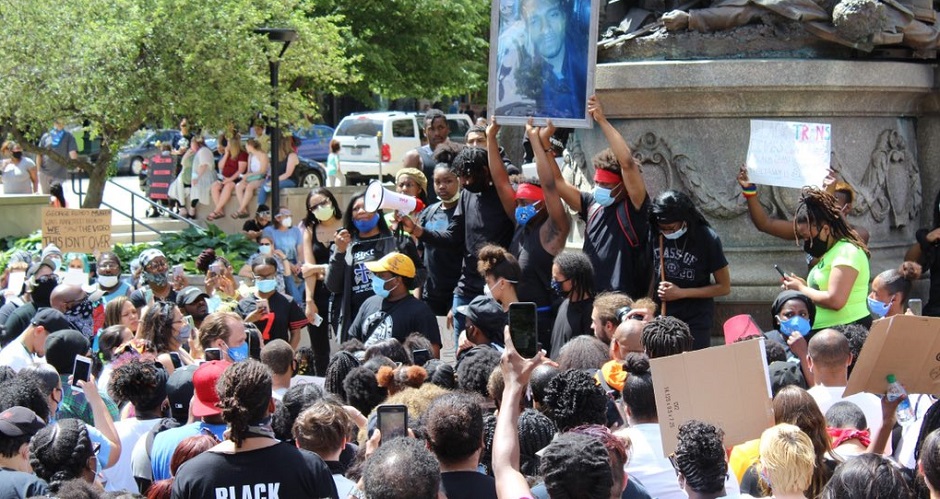 For six nights in a row, thousands of people have taken the streets of more than 75 cities across the US, to protest for the death in police custody of African-American George Floyd.

Although dozens of cities imposed curfews, many people ignored them. Riot police have faced off with protesters in New York, Chicago, Philadelphia and Los Angeles, firing tear gas and pepper bullets to try to disperse crowds.

Furthermore, police vehicles were set on fire and shops were looted in several cities. At least 4,400 people have been arrested in the last days, according to the Associated Press news agency.

People in cities around the world have also marched in solidarity with demonstrators in the US, including European cities such as the London, Berlin, Rome and Copenhage.

On Sunday night, fires burned in Washington DC, including an area of a few blocks around the White House, which was thick with smoke, police reported. The White House has confirmed that Donald Trump was taken into a special secure bunker as protests raged outside the White House on Friday night.

Meanwhile, California’s Department of Human Resources  issued a directive on Monday stating that “all state buildings with offices in downtown city areas must be closed”. Los Angeles county announced a regional curfew to go from 6pm to 6am, the longest so far.

On 25 May, Minneapolis police were called to a grocery store where George Floyd had allegedly paid with a counterfeit $20 note. They found him in his car outside and tried to put him in a police vehicle, but Floyd dropped to the ground, telling officers he was claustrophobic.

The police said he physically resisted and was handcuffed. However, video footage shows officer Derek Chauvin's knee on Floyd's neck, while he can be heard saying "please, I can't breathe” several times, but Chauvin does not remove his knee despite pleas from bystanders.

According to a preliminary official autopsy, the police officer had his knee on Mr Floyd's neck for more than eight minutes. Afterwards,  other officers could not find Floyd's pulse. He was taken to hospital and pronounced dead around an hour later. Police officer Chauvin has been charged with murder.

Before moving to Minneapolis for a job opportunity through a Christian work program, Floyd lived in Houston Texas, where he was one of the leaders of a Christian initiative called Cuney Homes housing project.

Floyd made discipleship and outreach mainly among young people.

“George Floyd was a person of peace, that helped the gospel go forward in a place that I never lived in”, Patrick PT Ngwolo, pastor of Resurrection church in Houston, who worked with Floyd, told US magazine Christianity Today.

Floyd helped the church to expanded its involvement in the area, putting on services, three-on-three basketball tournaments, barbecues, and community baptisms. “He wanted to see young men put guns down and have Jesus instead of the streets”, singer and friend, Ronnie Lillard “Reconcile” pointed out.

Published in: Evangelical Focus - world - One week of protests over George Floyd’s death