“Almost all of the Lebanese churches are helping in rebuilding Beirut”

Beirut is still recovering, in the midst of an economic crisis. “Churches are on the streets, helping those in need, praying with them and giving free bibles”. 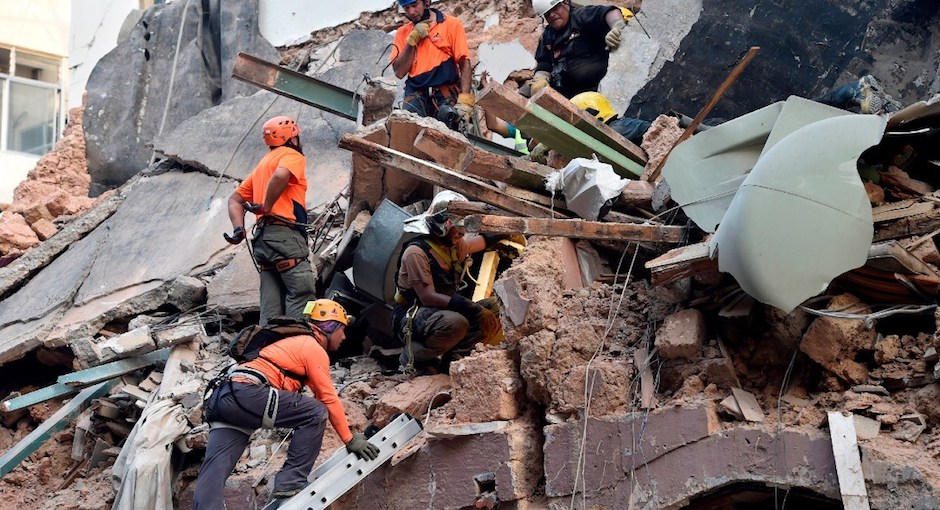 In just five weeks after the great blast that left nearly 200 dead and more than 6,000 injured in Beirut, the city and the rest of the country have undergone great changes, while they are still searching for missing persons and collecting debris in the smidst of a serious economic crisis.

Amid the intensity of the protests that followed the tragic events, Prime Minister Hasan Diab and all his cabinet resigned. Days later, the diplomat and until then Lebanon's ambassador to Germany, Mustafa Adib, was appointed as Prime Minister of the country.

The new Prime Minister has to reform a country immersed in a delicate economic situation, jaded by institutional corruption and with a fraught and even more impoverished population.

That is why, says Izdihar Isaac, head of the Christian NGO Together For The Family, which works with refugees in the Lebanese camp of Bekaa, “we are sure that people will not stop taking the streets to protest”.

Question. One month after the blast, How is Beirut?

Answer. One Month after the blast, around one hundred thousand people in Beirut are still kind of homeless, some people have fixed their houses, windows or doors and others just don’t have the money or their house is fully destructed.

Many streets are still destroyed, most of the stores, bars and restaurants have not even thought of starting to fix their facilities because of the economic situation.

Q. We have seen images of people working together to find the corpses and to remove the debris How has the explosion affected the solidarity and coexistence?

A. Lebanon has proved once again that its people are always united and no matter how rough are the differences, they are always showing how much they care about each other.

Some just being on the streets trying to help in any possible way, others by giving their extra houses and food for people in need.

Q. Have the churches been badly damaged?

A. Churches near to the port did really suffer from the blast, not just roken windows, but also benches and all the wood of their main structures. The churches far from the port, had to repair windows and doors shattered.

Q. How are Christian communities working and testifying in this situation?

A. Almost all of Lebanon’s churches are directly helping in rebuilding Beirut and many keep praying for the recovery of the country.

Churches are also on the streets, helping people in anything they need, and specially praying with people and giving bibles for free.

Q. What message are Christians in Beirut sharing with their neighbors?

A. One of the best messages we read was “Where do you put your hope?” . There is a church that always starts the conversations with homeless people on the streets with that question, after giving them what they need.

Q: After the blast, the government resigned. There is a new Prime Minister now. What are the expectations?

A. There is so much pressure on Lebanon now and that is making everything worse. People are more impoverished and more angry with the government.

They just hope to see changes, but know that they have to still wait for them. Nothing is expected from the new Prime Minister yet, but we are pretty sure that people will not stop taking the streets to protest.

Q. How has the blast affected the refugee camps near Beirut?

A. Many of the refugees are living in tents so that the blast did not affected them that much, it affected those who were on or near the port. Others living in houses were seriously affected by the explosion, losing their windows and doors.

Q. How are they facing this situation?

A. The refugees in Beirut are receiving the same aid as the Lebanese. They receive the same food portions that Lebanese people get, and and the houses of those who have one, are fixed in the same way as those of the Lebanese neighbors.

Published in: Evangelical Focus - world - “Almost all of the Lebanese churches are helping in rebuilding Beirut”