Evangelicals in the country call to pray for peace. “Attacks on innocent people based on religious and ethnic differences are not acceptable in the Word of God or Ethiopian culture”. 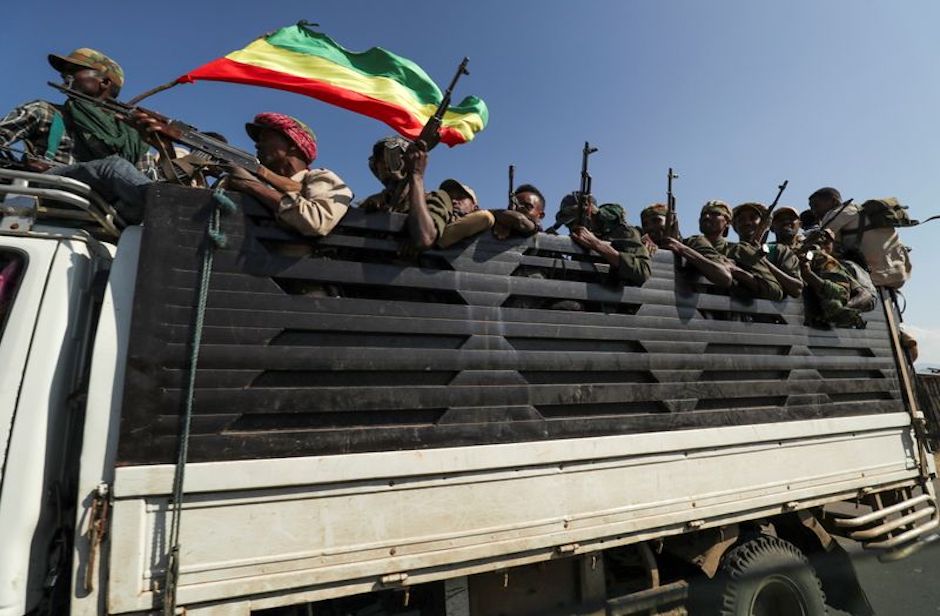 Addis Ababa has deployed troops to the region of Tigray where, according to the army, more than 550 TPLF soldier have already died. / Twitter.

The Ethiopian Prime Minster, Abiy Ahmed, ordered a military response after accusing the Tigray People's Liberation Front (TPLF) of attacking a military camp in the region and attempting “to rob the Northern Command of artillery and military equipment”, causing “numerous deaths, injuries and material damage”.

“The last red line has been crossed and the government is therefore forced into a military confrontation to save the country and the region”, Ahmed pointed out in a statement.

The announcement of civil war has surprised the international community. Especially because Abiy Ahmed received the Nobel Peace Prize award in 2019 for promoting the recovery of diplomatic relations with neighbouring Eritrea after 20 years of conflict.

The Tigray region in the North of the country, which is controlled by the TPLF, has an ethnic Tigray majority and in recent years it has distancied itself from a central government that advocates for a joint Ethiopian identity in which ethnic groups are diluted.

“This is an ethnic-based and power-related conflict. We say ‘100 souls, 100 opinions’. Translated to Ethiopian context it’s ‘110 million souls, 110 million opinions’”, Hans Walhout, a Dutch evangelical missionary who worked in the country for nine years and continues to visit it now, told Spanish news website Protestante Digital.

The TPLF is a well known actor in the Ethiopian political life. Along with other guerrillas of different ethnic groups, it participated in the overthrow of Mengistu Hailé Mariam in 1991. It remained in national power since then until 2018, through the Ethiopian People's Revolutionary Democratic Front, made up of former ethnic militias.

In 2018, Abiy Ahmed agreed to become Prime Minister and dissolved the coalition at the end of 2019 to create the Prosperity party, which is unitary and inclusive and made up of the various ethnic movements except for the TPLF, which broke away and focused on its own region, where it governs.

After a series of hostilities, the situation worsened when Addis Ababa decided to postpone the elections scheduled for August because of the Covid-19. In September, the TPLF held unilateral elections that the central government has not considered valid.

“It’s a long-standing conflict between ethnic groups. The Tigray state, in power during the previous regime, doesn’t accept the power of Abiy. They have tried everything to take away the power of the central government”, Walhout explains.

The alleged attack by TPLF soldiers on an army base has accelerated the confrontation, leaving, according to the Ethiopian army, 550 Tiger militiamen dead and around 3,500 civilians displaced, who have allegedly crossed the border with Sudan.

“While the federal government has used all means to thwart a military engagement against the TPLF, a war cannot be prevented only on the goodwill and decision of one side, but on the mutual choice for peace by both parties”, the central Ethiopian government has stressed.

African Union and EU call to stop the hostilities

The African Union has asked for “the immediate cessation of hostilities in Ethiopia and calls on parties to respect human rights and ensure the protection of civilians .

Meanwhile, “the European Union is monitoring the unfolding events in Ethiopia, in particular military action around Tigray, with deep concern”. For the EU, the “military escalation in Ethiopia is opening a dangerous path for the stability of the country and of the entire region. Action should focus on reducing tensions and looking for peaceful solutions”.

Ethnic conflict is not the only cause that has motivated the current power struggle in the country. With over 112 million inhabitants, Ethiopia is a stabiliser in the north-eastern region, the so-called 'horn', of Africa. That is also partly why the international community is calling for a reduction in tension. 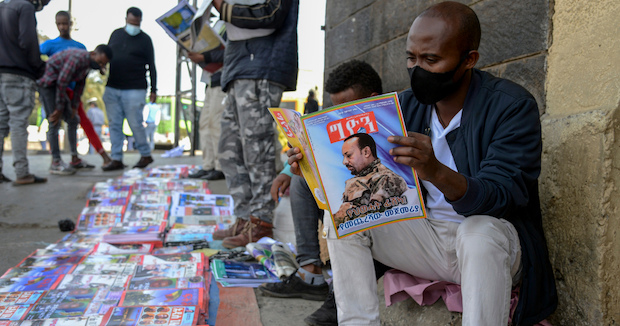 Thousands of Ethiopians have crossed the border with Sudan, fleeing the conflict in Tigray.  / Twitter

“Based on facts anyone could predict such conflicts to arise. It’s a country with a more than 112 million inhabitants and a tremendous economic growth, but only a few benefit from it”, the Christian worker Walhout underlined.

According to the Observatory of Economic Complexity, it is the main coffee exporter of Africa, and the ninth largest worldwide (2.71%). However, the latest World Bank data (2015) show that the poverty incidence rate remained at 23.5%.

Furthermore, “international pressure is increasing on nearly every issue, such as gender ideology, democracy, media freedom, gender equality and, scary enough, that pressure is connected to financial support”.

Evangelicals condemn the attacks and ask to pray for peace

Some of the main organisations of the evangelical churches in the country have reacted with concern to the conflict. The Evangelical Churches Fellowship of Ethiopia (ECFE) has released two documents on social media calling for “national prayer” in the midst of the confrontation.

The Ethiopian Evangelical Council (EEC) also called on to “emergency fast and prayer”. “We would like to express our deepest condolences for the loss of life and property in the current situation. We are saddened and shocked that the conflict between the brothers in the northern part of the country has escalated into a conflict”.

“Although we could be able to solve the difference in discussion, there is going to be a fight between us, and both the winner and the loser can hurt innocent people, so we urge all parties to give anopportunity to peace”, they added.

Additionally, they “strongly condemn the ongoing attacks on innocent people based on religious and ethnic differencesc are not acceptable in the Word of God or Ethiopian culture”.

Walhout believes that “the conflict will have its impact on the economy, politics, relations, development, and therefore on church life too, but not because churches are a specific targets, actually. I don’t think it will affect the unity among churches”.

Ethiopia ranks 39th on the Open Doors World Watch List of most hostile places for Christians in the world.