The pastor had received threats from Muslims. He and his son were slain after visiting the Congo border for missionary work. 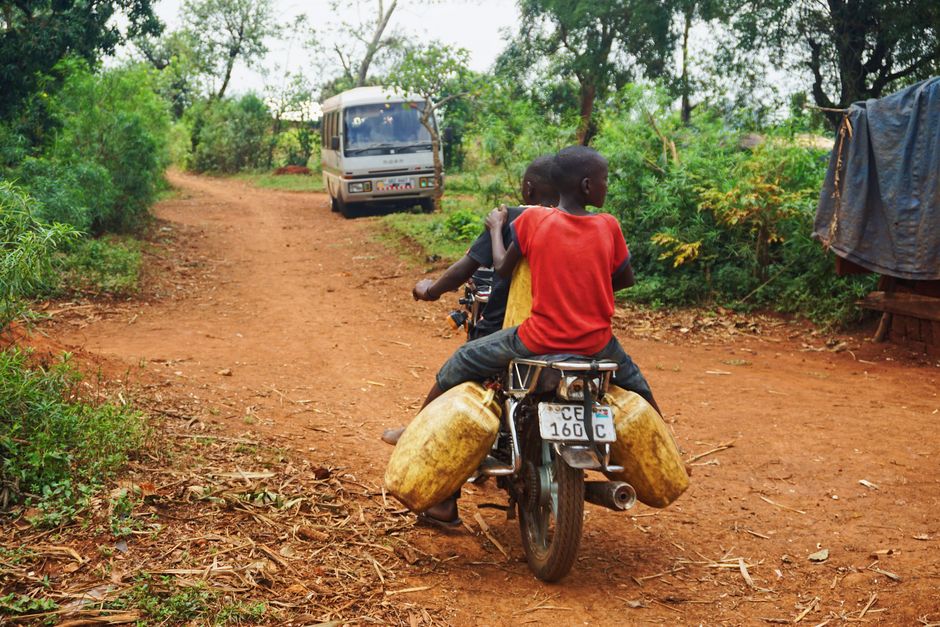 Muslim relatives of a former sheikh in eastern Uganda who refused to renounce Christ killed his 6-year-old son on Monday (Nov. 23), two days after Islamists in the western part of the country killed a pastor and his 12-year-old son, sources said.

Shortly afterward his brothers, sisters and paternal uncle attacked him outside his house, he said. His 6-year-old son was outside with him when the five relatives approached at about 6:30 p.m., with one saying, “You should renounce this Christian faith, which is a disgrace to our family”, Hamuzah said.

“I refused to yield to their demand, and they started fighting me with kicks and blows”, Hamuzah told Morning Star News. “I tried to defend myself while the other attackers were stepping on my child’s neck, suffocating him”.

The assailants fled when neighbors rushed toward the commotion, and his son died before he could obtain medical help, he said. The family has not reported the assault to police out of fear of further violence by the assailants.

Hamuzah, who with his wife has three other children ages 10, 8 and 4, put his faith in Christ two years ago.

Near Uganda’s western-most point, pastor Wilson Niwamanya was on his way home to Kabale with his 12-year-old son after delivering Christian literature along the border with the Democratic Republic of Congo when radical Muslims stopped them near Kisoro on Saturday evening (Nov. 21), sources said.

The four Muslim extremists stopped Pastor Niwamanya and his son as they rode on motorcycles. The pastor’s son was on a motorcyle driven by a 15-year old Christian worker whose name is withheld for security reasons.

The worker said the assailants had blunt objects and a horn-hilted dagger known as a Somali sword. “When the four attakers emerged from the bush, they immediately caught hold of Pastor Niwamanya, saying, ‘This man must die for disrespecting our religion’”, the worker told a Morning Star News contact in Kabale.

“The attackers began by beating them with blunt objects and thereafter used the sword and stabbed the young boy in the stomach. He died while the pastor and I tried to wrestle the attackers.”

The assailants fled when other motorcyclists arrived. Pastor Niwamanya, with serious wounds to his head, was rushed to a medical clinic in Kisoro, where he succumbed to his injuries on Tuesday (Nov. 24), his wife said. The Christian worker sustained injuries to his hand.

Pastor Niwamanya had been receiving threatening text messages from Muslims, possibly some of the same ones who attacked him, as he received one shortly before his death reading, “Please stop giving people books that discredit Islam, and if you continue distributing these books, then you are risking your life”, his wife said.

The pastor had been visiting both sides of the Congo border every three or four months with books critiquing Islam, she said.

“Muslims have been accusing him of selling King James Version Bibles, the Noble Qur’an [English version] and some Christian literature that discusses some of the misconceptions in the Islamic faith found in the Koran”, the pastor’s wife told Morning Star News by phone.

Pastor Niwamanya, a well-known missionary in the area, had carried out Christian-Muslim debates in 2016, including one in which an Islamic leader openly rebuked him.

Islamists began monitoring him after he appeared at an evangelistic event in Masaka in 2010 with evangelist Umar Mulinde, who suffered a horrific acid attack in 2011, sources said.

Pastor Niwamanya’s lawyer, Isaac Sendegeya, was shot dead in July 2019 dead by unknown persons. He was 39.

The widow of the deceased pastor has been receiving treatment for a previous attack she suffered for her faith and is in need of financial assistance – as do her surviving children and 15 others at the orphanage the pastor operated.

The slayings in Uganda were the latest of many instances of persecution of Christians in Uganda that Morning Star News has documented.

Uganda’s constitution and other laws provide for religious freedom, including the right to propagate one’s faith and convert from one faith to another. Muslims make up no more than 12% of Uganda’s population, with high concentrations in eastern areas of the country.