Evangelical Olympics return to Galicia after the pandemic

Around 300 children participated in the event held in the Spanish region. “It encourages coexistence and is a testimony to all”, says one of the organisers. 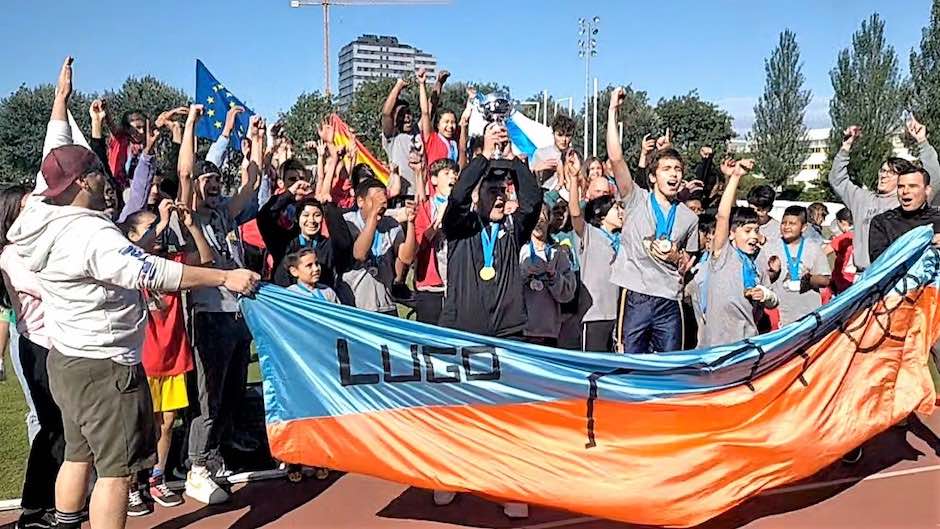 The Evangelical Olympics in Galicia was held on Saturday 4 June in A Coruña.

The Evangelical Olympics were again held in the Spanish region of Galicia, bringing together around a thousand people at the Elviña University Stadium in La Coruña. Around 300 children and teenagers competed.

"It was a good experience, the children are happy and, although it was expected to rain, it was a fantastic day. Here, thanks God, all the evangelical denominations are present and that brings a feeling of unity and that we are a great community", Esther Rodríguez, president of the Evangelical Olympics in Spain, told Protestante Digital.

According to Timoteo Figueirido Woodford, head of the Spanish Evangelical Sports Group in A Coruña, "this event, in addition to promoting sport, encourages coexistence and it is a testimony to the guests and the people who help us to carry it out, such as the caretakers, the Galician Athletics Federation, the Civil Protection and ambulance services".

Only children and adolescents between 4 and 16 years participate in these Olympics, however, in this edition some young people over sixteen were allowed to participate as they were unable to compete in 2020 and 2021 due to the suspension of the event because of the pandemic. 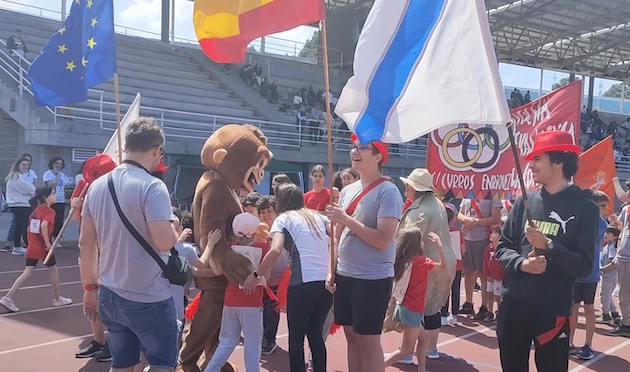 The traditional parade is a happy moment for all participants./José Dalberto Vargas

Participants from each church compete for gold (10 points), silver (5 points) and bronze (3 points) medals in different events such as weight throw, long jump, high jump, marathon, sprint and relay races. Afterwards, the points obtained by each congregation are added up according to the value of the medals won and the prizes given.

In this edition, members of the Good News Church of Lugo won with 343 points, second place went to the United Church of Vigo with 280 points and third place to the A Coruña El Camino Brethren Assembly with 270 points. Each participant also received a diploma of participation.

"Here the one who wins is Christ because we are sharing together in love, to those who could not come, I encourage them to attend next year", pointed out Maylen Tejeda of the Good News Church in Ferrol and mother of one of the competitors.

In addition to the competitions, the activity included a musical group, the symbolic lighting of a cauldron and the traditional parade where the little ones were accompanied by the sports mascot of this edition, a funny "monkey" who amused those present and animated the closing of the meeting. 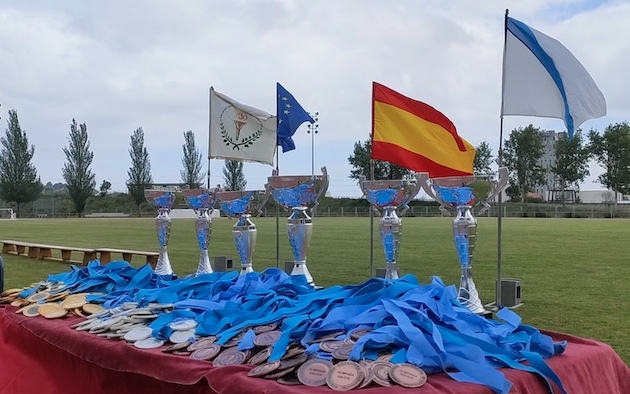 Trophies, medals and diplomas of the Evangelical Olympics/José Dalberto Vargas

37 years of Evangelical Olympics in Spain

The Evangelical Olympics in Spain have taken place for 37 years in Barcelona and were later joined in 1998 by the churches of Madrid and in 1999 by the churches of Galicia, making it a tradition to hold three events a year in the country.

The organisers mentioned that some churches in the regions of Aragon and Andalusia are requesting to host this competition, which is being studied.

Published in: Evangelical Focus - cities - Evangelical Olympics return to Galicia after the pandemic