‘Let’s have an open and peaceful discussion’

A Swiss Evangelical leader whose house was attacked by pro-abortion radicals invites the aggressors to sit down around a table. 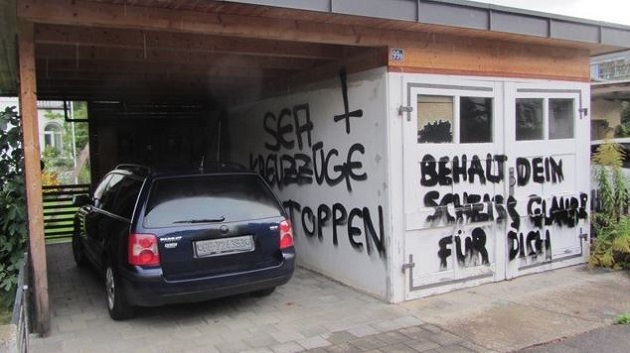 The radicals attacked the house of a Christian leader. / Livenet.ch

Let’s leave violence and start a real conversation. This is what a Christian leader in Switzerland told the radicals who attacked his home because of his participation in the recent “March for Life”.

Pro-abortion radicals in the city of Bern organised counterdemonstrations and threatened Christian organisations weeks before the event. The headquarters of the Evangelical People’s Party (EVP-PEV) were attacked with paint, as well as the building of one of the biggest evangelical churches in the city, ICF. 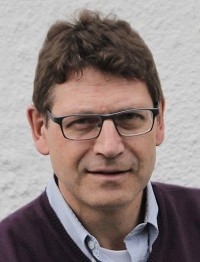 The hatred promoted on leftist radicals’ websites led to a personal attack against Wilf Gasser, who serves as the President of the Swiss Evangelical Alliance (SEA).

Unknown people smeared the garage of his house with graffiti’s with messages like: “Keep your s* faith to yourself” and “Stop the SEA crusade”.

The group behind the campaign against the “March for Life” is well-known in the Swiss capital.

Gasser has now offered to have an open and peaceful discussion with the people who threatened him and other Christians. He has suggested to sit around a table with representatives of these radical groups to have an open discussion about their worldviews.

“I would accept the invitation” to go to whatever place the opposite party would suggest, he said.

THE ROLE OF THE MEDIA

Gasser also challenged the main regional newspaper in the region, the Berner Zeitung, to write a report in which Christians can clearly explain their positions bioethical issues.

“The opinions of those calling us ‘homophobes’, ‘nazis’ and ‘anti-women’ are much better portrayed in the media than the worldwide data about abortion or medical selection of healthy children”, he said.

Commenting on the violence against some Christians in Switzerland, the evangelical representative added that many who sympathise with these violent groups are ill-informed about what Christians really believe.

Published in: Evangelical Focus - cities - ‘Let’s have an open and peaceful discussion’