Giuliano exodus: an emotional journey from tragedy to hope

Over 200 people attended a conference entitled “The Giuliano-Dalmata diaspora: a journey from tragedy to hope”. Evangelicals identify with exiles and their struggles as a minority. 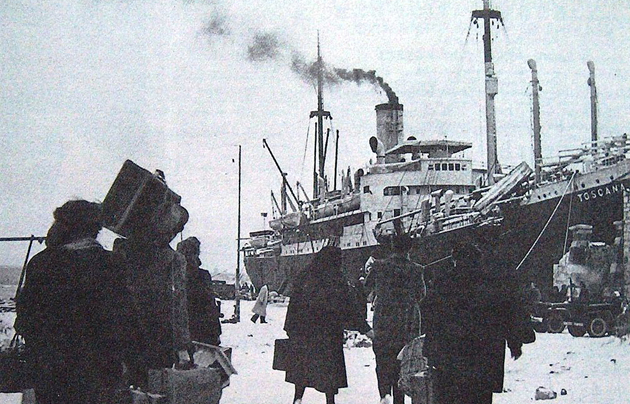 On Saturday 21st February over 200 people took part in the convention “The Giuliano-Dalmata diaspora: a journey from tragedy to hope” organised by the Roma-Eur Evangelical Church and the Missione Tabita Onlus together with exiles living in the Giuliano-Dalmata district of Rome.

This was to commemorate the Remembrance Day of their exodus, after World War II. The aim of the meeting was to create a bridge between the well-established local evangelical presence and the history-soaked district whose Sinigaglia Centre hosted the event.

This Centre was established in the Fifties as a Home for Giuliano-Dalmata girls and later became, in the Sixties and Seventies, a social landmark in the district. The re-opening of the place for the convention after nearly 20 years of various ups and downs was remarked on by Noemi de Mori, the manager, in her welcoming speech to those attending the convention.

The day’s agenda was introduced by Pastor Salvatore Cusumano. In his introduction Cusumano underlined the frequent use of Biblical terms such as ‘diaspora’ and ‘exodus’ when  the Giuliano-Dalmata tragedy is talked about . He pointed out that it was hoped this convention would be used  for general historic purposes as well as individual ones and that the experience of those who had actually lived through the exodus and its unexpected outcome, biblically and personally, would be almost a kind of spiritual liberation.

After an emotional greeting by Giampiero  Marussich, the secretary of the Italian Evangelical Alliance whose family was involved in the historic exodus, the convention got underway with a talk by Marino Mcich, director of the Fiume Historical Museum Archives. In his talk he outlined the social and historical implications of the exodus, (The Giuliano-Dalmatians and the Exodus to Rome).

He then  concentrated on the vicissitudes of the Giuliano-Dalmata community in Rome. Donatella Schurzel, president of the Venezia Giulia and Dalmation National Association, gave a talk entitled “The Experiences of the Exiles in Words and Pictures”. This also consisted of readings and testimonies as well as which recalled the atmosphere of an era tarnished with tragic events but that was not entirely without hope for the future.

In fact it was the theme of hope that characterized the words of Veglio Jugovac, pastor of the evangelical church of Trieste, Capodistria and Monfalcone and his talk was entitled “From the exodus tragedy to the hope of faith”. An Istrian exile himself, he captured the attention of his listeners as he told of how he had lived through the dramatic exodus on both fronts; as a child he watched the departures of who had decided to leave their land, and then, as a young man, he had followed in their footsteps and left the place where he grew up to follow a pathway in life that was full of the unknown. At a certain point this journey had taken an unexpected turn and brought him to faith. Through conversion, he was introduced to a hope that “not only gave meaning to life now, but went beyond that”.

At the end of the meeting, an informal lunch was served at the Giuliano Sports Association. This was offered by the evangelical community to the convention guests and was an ideal way to reinforce the coming together of the two presences in the district. The pastor of the local church, Oreste Ponticiello, replied, “as a minority ourselves, we evangelicals are very aware of the drama of persecution and have been victims of it on numerous occasions”. He also encouraged the Giuliano-Dalmata community with the words of the prophet Jeremiah, “It is by God’s grace that we have not been utterly destroyed”.

As a sign of gratitude “of how the exiles had been kept alive” he then invited those present to conclude the day’s proceedings with a moment of prayer in thanks to God. The director of the Association herself, visibly moved, took part in this with the reading of a psalm.