The emerging Spanish left-wing party invited representatives of different religions and philosophies to discuss about the role of spirituality in society. 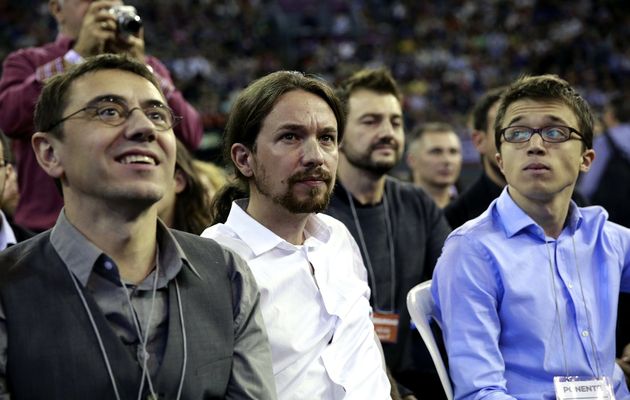 On May 24th, many places across Spain will celebrate its local elections, and in less than 12 months all Spaniards will also elect their new national Parliament.

The Spanish political scenario has changed much in the last 2 years, especially since two new parties: Podemos (We can) and Ciudadanos (Citizens) have burst into the Spanish political life, threatening the hegemony of the two traditionally powerful parties: PSOE (Labour, Social-democrats) and PP (Consevatives).

Formed in January 2014, Podemos surprised everybody by securing 1.2 million votes and  taking five seats in the European Parliament elections one year ago. This success happende just months after its launching, and they did so with a campaign budget of only 150,000 Euros.

Podemos led the poll about intention of vote for the Spain General elections, carried out by Metroscopia for the Spanish newspaper El País, for the fourth month in a row, garnering 22,1 percent support. However, the left-wing party has lost some support in recent months and is running virtually neck-to-neck with the two mainstream parties.

Although the founders of the party define themselves as lay, Podemos has been the first political party to organise what they have called “The first Podemos Spirituality Gathering.”

The event took place last weekend in Madrid, and those who attended could listened to the a  roundtable about the topic: “How can spirituality contribute to the construction of a fully secular, fair and democratic society?” They also had the chance to participate in small discussions groups afterwards (to create new proposals and policies is the normal way of working at Podemos).

The party invited a progressive Catholic theologian, an Evangelical pastor, a Lama master, a Sufi writer and a biologist who follows a silence meditation philosophy. 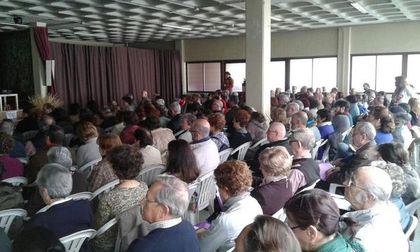 Answering the question proposed by the organizers, the Evangelical pastor shared with the audience a document written by several Evangelical churches called “Agape: an economy of life, justice and peace for everyone, a calling to act.” He quoted Micah as “my model of the importance of justice and putting the poor first”, and stated that “you cannot serve the others and the markets at the same time.”

“PODEMOS BELIEVES IN A HUMAN CHRIST”

The gathering was closed by Juan Carlos Monedero, one of the Podemos leaders (in charge of the party’s political programme). Monedero confessed: “I do not have musical ear for the god of fear, but I sense the music of the god of hope.”

Monedero described himself as a “hopeful atheist” who “will never be a friend of the Old Testament God”, but he admitted that there are some Bible teachings which are important to build a better world. 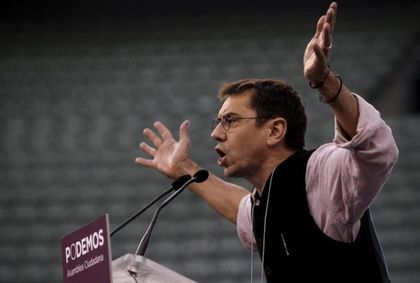 “Love your neighbour as yourself. Only with that, this world would be better, the problem is how to articulate it”, he said.

“Podemos believes in a human Christ, a Messiah made by the people”, the Podemos leader stated from his Humanist point of view. “Our spirituality seeks to learn, have fun and transform, always with the love as our main force, because we believe that the real smart people are the good people”, he concluded.