Grammy winner Jon Batiste: “Music is a spiritual practice for me”

The Christian musician won five Grammy Awards. “I believe there is a plan for our lives, we are here for a reason”, Batiste said before the gala. 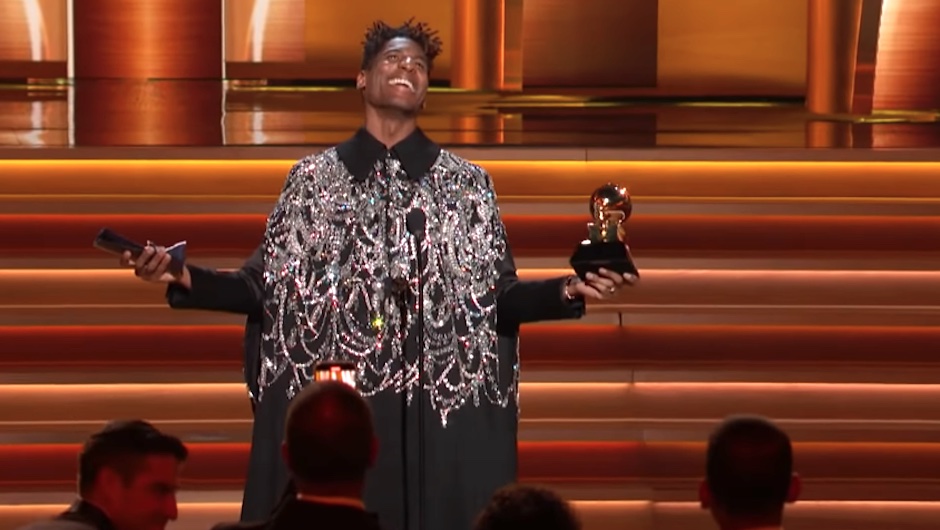 Batiste celebrates one of the Grammy Awards he received at the gala in Las Vegas/Grammy, Youtube.

The big winner of the night in the 2022 Grammy Awards in the United States was Jon Batiste. The musician won five awards, including the most important categories of song of the year and album of the year.

Upon receiving the award for best video for his song ‘Freedom’, Batiste said he was “so grateful for the gifts that God has given me and the ability to share that for the love of humankind”.

“Music is a spiritual practice for me”, Batiste pointed out as he received the night's top award, the album of the year for ‘We are’. "It's an album about community, about being together and facing the situations that come in life”, he added after the ceremony.

“I wanted to send a cathartic, spiritual message, especially in dealing with the difficult situations that so many people have gone through in the last couple of years” , stressed the Louisiana-raised artist, who grew up in a family with a strong musical background.

Batiste has been working on his musical career for over a decade, when he first became known for playing with several jazz groups. Since then he has explored different musical genres, including being one of the creators of the award-winning soundtrack for Pixar's film Soul.

“I believe there is a plan for our lives, we are here for a reason”, said the musician before the gala. "Knowing that so many people feel joy, love through my music, it's a fantastic thing”.

He also mentioned his family, recalling that “my grandfather was in Dr. [Martin Luther] King's marches, he was an activist for freedom”. Batiste has been present in concerts and demonstrations of the black movement in the United States in defence of their rights.

Outspoken about his faith

In previous interviews, Batiste has been outspoken about his faith. “I don’t like satanic music because I’m a Christian […] I would invite our Lord and Saviour Jesus Christ to dinner to see how I am doing”, Batiste told The Cut magazine.

Commenting on his previous work called Meditations in the music magazine Classical Voice, Batiste reflected on prayer and the need to reconnect with one another.

“When you are talking about prayer you are talking about connecting to God, the Lord of your life, or the thing that guides you. That is a relationship, ultimately. Right now, we have a lot of things blocking our flow. We are not connected to God, society, to each other, and we see the differences that have emerged. The music I have been making is a way to light a way to the truth of who we are and what we really need”.

Published in: Evangelical Focus - culture - Grammy winner Jon Batiste: “Music is a spiritual practice for me”