Disney film portrays the work of a Christian humanitarian association

“Queen of Katwe” is the true story of Phiona Mutesi, an Ugandan girl who became a professional chess player, with the help of a Christian ministry which works with children in Africa. 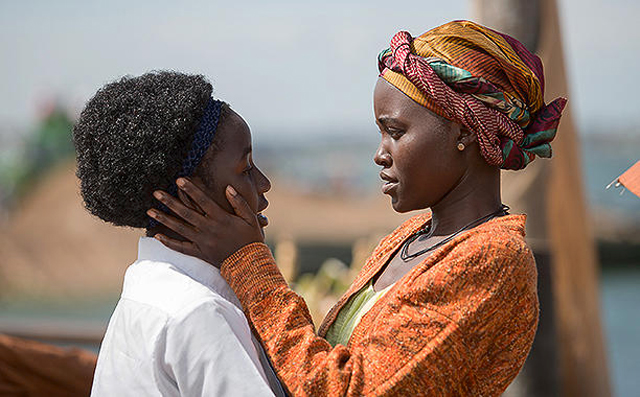 Actress Lupita Nyongo in scene of the fim.

Phiona Mutesi was born and raised in one of the world's poorest areas. Katwe is a district of Kampala, capital of Uganda. Her father died when she was only three years old. Later her older sister also died, presumably from malaria.

Her mother was her only support but she could not pay the rent or school, so they were forced to live on the street with the only hope of finding something to eat. One day in 2007, Phiona entered Agape Church, a small room with a floor made of soil and wooden walls, in which former football player Robert Katende taught the children of Katwe how to paly chess, after feeding them.

This project is part of the ministerial work of Sport Outreach Ministry (SOM), a ministry based in Lynchburg, Virginia (USA), dedicated to restore those in need through the message of Christ.

GOSPEL, SPORTS AND SOCIAL ASSISTANCE
SOM says that through sports they have been able to create and strengthen relationships more effectively for the growth of the gospel. A tool which helps regardless of language or cultural differences.

However, they not only motivate children and young people through sports, they also offer scholarships and have schools to provide education to children, adults and young people who would never have the opportunity to go to school otherwise. Thanks to the scholarship fund that was established in 2005, the group has helped thousands of children to receive education in Africa and Latin America.

In Africa, SOM is building new water wells which will become the foundation for the transformation of that community. They daily prepare nutritious hot meals for more than a thousand children in Uganda and Kenya. While the children eat, they share biblical principles with them and give advice to those who have special needs.

They also have training and church planting projects. Without doubt, its best known project is Katwe SOM (Sports Outreach Ministry Chess Academy Project and Program), a missionary project that changed the life of Phiona Mutesi.

A DIAMOND IN THE ROUGH
Robert Katende, founder of the program, realised that little Phiona had a huge talent. Although she confessed that her only interest was the food, months later she kept going there to train her mind, because "in chess the small piece can become the greatest." 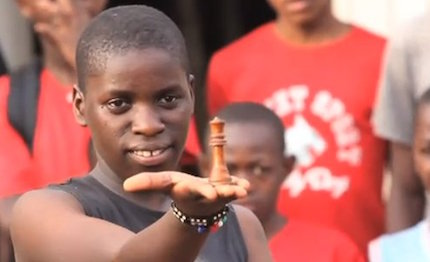 She daily ran 6.5 kilometers to Kampala, where there were only seven chess boards with some missing pieces, which were replaced by pieces of debris. But she explains that chess “gave me the opportunity to come back to school, and taught me that other life is possible."

"My life was very hard, I slept on the street, but when I saw the children playing happy and excited, I thought I wanted to have the chance to be happy", says now Phiona Mutesi.

Two years later, in 2009, children in the suburb of Katwe trained by Katende, represented Uganda in an international competition held in Sudan and, against all odds, it was Phiona Mutesi's first victory.

HER LIFE IN A FILM
From there, her life changed greatly. She had never set foot in an airport, she had never slept in such a big bed and she had never dreamed to choose what she wanted to eat, but that moment came. When she was just 14, she traveled to Siberia, to the World Chess Olympics and also visited Turkey and the United States.

In 2010, the journalist Tim Crothers, who was interested in the history of Phiona, visited her in Katwe. He wrote an article that one year later became a book, "The Queen of Katwe".

Disney bought the rights to make a film that has already been released in the UK and the United States and will be released in other European countries in early 2017.

“A BRIDGE BETWEEN FAITH AND HUMANITARIAN WORK”
SOM CEO Sal Ferlise, explained that the film will become a bridge between the faith-based approach to restore hope, the belief that a life can be transformed through that faith, and humanitarian approach.

The movie includes many scenes which show praying times in church and others about how the coach Katende built a chess team with the children of the slums, most of whom could not afford to go to school. The ministry not only taught them chess, it also discipled them and helped them to go to Christian community schools. 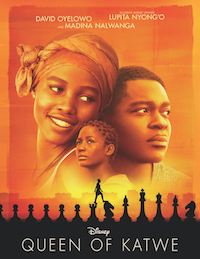 Disney keeps the references of the Christian faith to tell the story of the young illiterate girl who, thanks to the work of a Christian ministry, left behind the slums to become an extraordinary chess player worldwide.

This story not only moves us because of its main character´s change of life, but also because it makes us think that the work of a missionary can change other thousands of lives.