Archaeologists will research site were Ark of the Covenant was kept

The ancient town is mentioned in the books of Joshua and 1 Samuel. Excavations start in August. 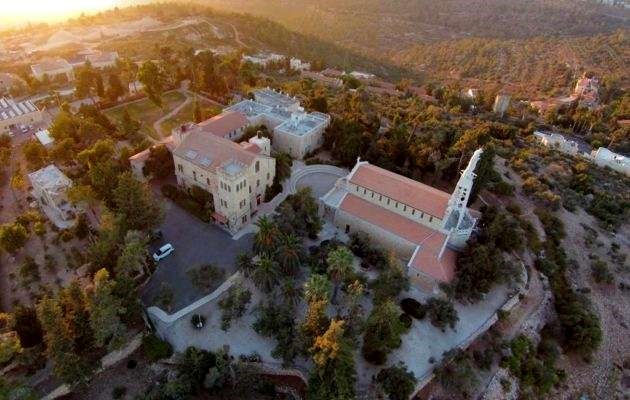 August will mark the beginning of a new excavation of one of the few remaining unstudied major biblical sites, Kiryat Ye’arim. It was there where, according to the Old Testament, the Ark of the Covenant was kept for two decades.

Kiryat Ye’arim is mentioned over a dozen times in the Bible as a Judahite town situated near Jerusalem during the period of the judges and King David; the Iron Age, in archaeological terms.

The biblical town is associated with the hill where the Deir El-Azar monastery is situated, next to modern Arab town of Abu Ghosh, 12 kilometers (7 miles) west of Jerusalem’s Old City.

A modern Jewish town founded nearby is named after the ancient site.

“The place is important for several reasons,” Finkelstein told The Times of Israel. “It’s a large, central site in the Jerusalem hills that hasn’t been studied until now. It may be the only key site in Judah that hasn’t undergone a systematic archaeological excavation.”

The dig will focus on the area around the 20th a century monastery, which sits atop the ruins of an earlier Byzantine edifice at the summit monastery. Much of the site, Finkelstein said, is believed to be relatively undisturbed.

KIRYAT YE’ARIM IN THE BIBLE

In several parts of the biblical narrative, Kiryat Ye’arim is mentioned as a site of religious worship. It’s referred to variously as Kiryat Ba’al, Ba’alah and Ba’ale Judah in the Book of Joshua, suggesting the site was at some point affiliated with worship of Ba’al, storm god of the Canaanite pantheon.

According to the Book of Samuel, the Ark of the Covenant was stored at Kiryat Ye’arim for 20 years after it was returned to the Israelites by the Philistines, who had captured it in battle and to their dismay were smitten with disease.

The text says the ark was stored “in the house of Avinadab in the hill” and tended by the priest Elazar before King David conveyed it to his capital in Jerusalem.

A PLACE OF GREAT IMPORTANCE

Finkelstein argues  the fact that it’s mentioned in that context suggests the town was of great significance, “and it’s reasonable to assume there was a temple there.”

Finkelstein says he hopes the dig will yield vital information about the history of the site’s inhabitation, its rise and fall, from which scholars may be able to reflect on the larger picture of life in Iron Age Judah, including nearby Jerusalem.

Published in: Evangelical Focus - culture - Archaeologists will research site were Ark of the Covenant was kept