The international speaker and author of many books was passionate about seeing people come to Christ. 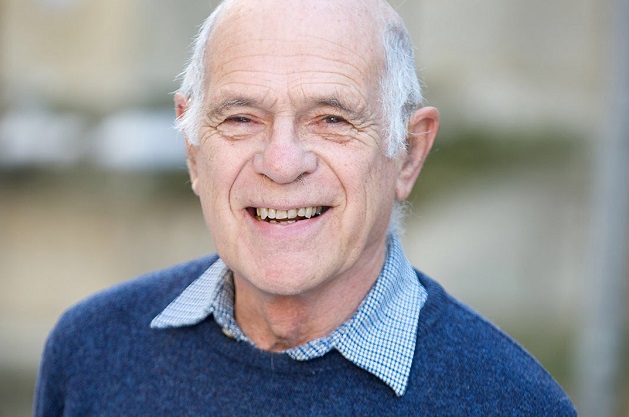 Green was a prolific author and speaker. He led hundreds of mission events both in the UK and in other countries. The evangelist was well-known for his commitment to speaking about the gospel in university contexts.

Michael Green was married to Rosemary and had four children.

The Christian apologist authored more than 50 books, including Evangelism in the Early Church, Who is this Jesus? and I Believe In The Holy Spirit.

Green was an Anglican priest and worked as Professor of Evangelism (Regent College, Canada) and Head of Evangelism and Apologetics at Wycliffe Hall (Oxford), among others. He served as advisor to the Archbishops of Canterbury and York.

REACTION TO GREEN'S LIFE AND MINISTRY 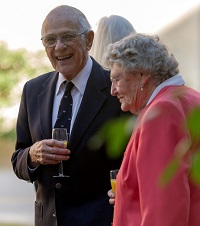 “It is with great sadness that I pass on the news that Michael Green went to be with the Lord yesterday Wednesday 6th February at around 3pm at the John Radcliffe Hospital in Oxford”, wrote Revd Greg Downes, Director of Ministerial Training of Wycliffe Hall. “As we grieve with hope (1 Thess 4:13) we give thanks to the Lord for the privilege of being associated with such an amazing man of God and for his incredible legacy”.

The leader of the Church of England, Archbishop of Canterbury Justin Welby, said: “Michael Green embodied the unmistakable joy and energy of living, loving and sharing the gospel. The gratitude of the church – and all those he introduced to Jesus Christ – will be profound. Now he is with the Lord, he knows joy beyond our imagination”.

Evangelist Michael Ots, who worked with Michael Green in many mission events at universities during the last years of his life, wrote: “Today Michael Green went to be with Jesus. What a welcome awaited him as he met face to face with the one he has known, loved and preached for 70 years. (...) He was faithful in praying for me and modelled the habit of turning to prayer mid-conversation on many occasions. (…) Many of them will be there [in Heaven] because they heard the gospel through him. I’m sure many, like myself, will want to say ‘Thank you!’”

UCCF Director Richard Cunningham said: “Michael displayed more than a huge heart for the gospel, he also modelled incredible humility considering his impact on the UK church. Many of those serving in ministry today are the direct beneficiaries of his encouragement and investment in the next generation of gospel missioners. He will be greatly missed – not just as a fine theologian and persuasive evangelist, but as a friend and mentor to so many students, staff and Relay workers across the nation and beyond”.

Evangelist J John wrote: “Throughout his ministry Michael played a significant part in shaping what is modern evangelicalism in the UK. Yet precisely because many of the battles he heroically fought occurred so long ago, there are many today who are unaware of the role Michael played in creating a culture that they now take for granted”. And added: “His wisdom was coupled with passion. He had a hunger for God and, at the same time, for men and women to come to know Christ. He loved sharing the faith and had a remarkable enthusiasm for evangelism that age did not dim”.

Spanish author Pablo Martínez told Evangelical Focus: “Michael Green has been a blessing to the people of God all over the world. His ministry has enriched the church in many ways. I remember reading with fruition The day death died when I was a student and sharing it with non-Christian friends. A bit later, his rich I believe in the Holy Spirit opened fresh perspectives to my Christian life. He certainly helped many in the areas  of apologetics and theology, but I will always remember Michael Green as a  champion of soul winning. His passion for evangelism is, in my opinion, the most outstanding feature of his person and his ministry. A good evidence of this wholehearted commitment to evangelism is his collaboration with F.E.U.E.R (Fellowship of European University Evangelists) that led him to preach in University missions to all corners of Europe literally till the last days of his life. I think it is not by chance that the last time we were in touch, a few months ago, he kindly refused an invitation I offered and said: “I am rather up to my eyes at present with two upcoming missions in the universities of Cambridge and Lancaster”. He served our Lord Jesus Christ till the end. We thank God for such a courageous and inspiring soldier. His example challenges us to persevere and not ‘grow weary and lose heart in the race marked out for us’ (Hebrews 12:1-3)”.

“It’s a joy to hear that the evangelist Michael Green has gone home- and sad to think that we will be without his gifts and graciousness on earth”, said David Robertson of the Scottish Solas Centre for Public Christianity. “May the Lord raise up many more like him. Today I speak at a CU mission in Dundee - God grant me his clarity, love and winsomeness”.

Spanish theologian and author José de Segovia told Evangelical Focus: “Green was able to bring together what is often separated in evangelicalism: a love for a deep study of the New Testament and an openness to the charismatic experience. His books about evangelism in the early church, published in Spanish by Certeza Unida in the 70s, where very important and useful to me, as well as his popular literature with which he presented the faith to non-believers, starting from their objections”.

Bosnian evangelist Slavko Hadzic said: “My dear friend and mentor Michael Green has been promoted to glory. My heart is broken that I will not see him anymore in this life, but in the same time joyful as I know that he is with Jesus”.