First ever monument to a Reformer inaugurated in Spain

The Andalusian town of Santiponce where the first translator to the Bible into Spanish worked, honoured the persecuted Reformer: “To tolerance and freedom”. 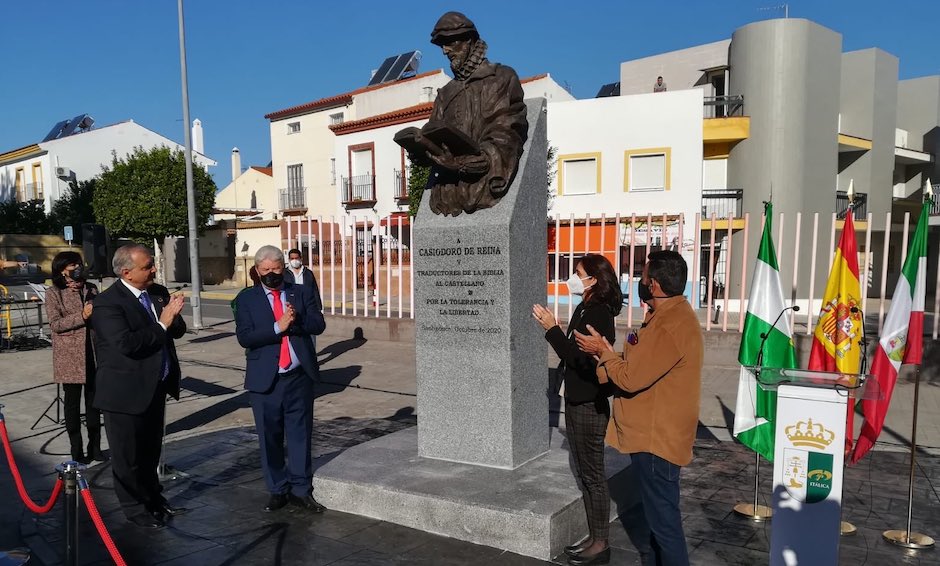 The monument to the Protestant Reformer Casiodoro de Reina, was officially inaugurated by the local authorities on the sunny morning of Thursday 29th October.

Reina authored the Bear Bible, the first translation of the whole Scriptures into Spanish, published in the 16th century.

Local, provincial and regional political representatives, as well as evangelical leaders participated in an event that was modest but emotive. Strict security and social distancing measures were observed due to the Covid-19 pandemic.

The statue, sculpted in bronze and on a basis of granite, is a work of artist Estanislao García Olivares. It shows the Reformer holding an open Bible. 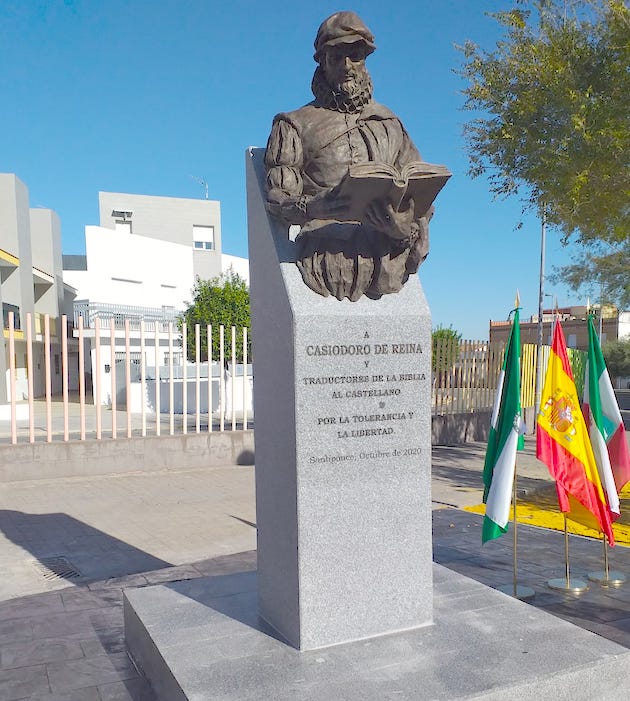 On the basis, it is written: “To Casiodoro de Reina and the translators of the Bible into Spanish. To tolerance and freedom, Santiponce, October 2020”.

This is the first monument in Spain that honours the memory of a Protestant. Reina was one of the main Reformers, who in the sixteenth century had to flee the monastery in this Sevillian town alongside other colleagues, due to the persecution of the Spanish Inquisition.

In his journey through Europe, he began the task that wold become his legacy: the translation into Spanish of the Bible from the original languages. Thanks to his work, millions around the world have accessed the Scriptures in the Spanish language. His Bear Bible is considered by scholars one of the most important works of the history of Spanish literature.

Attendants to the event in Santiponce. / Photo: Evangelical Atounomous Council of Andalusia.

The deputy mayor of Santiponce, José Manuel Marín, explained that “there have been many obstacles, but this is now a reality. It has not been easy to finance. We are thankful to all the business people, entities and individuals who, in difficult times such as this, have made an effort to make sure this statue becomes a reality”.

Marín also expressed gratitude to mayor Justo Delgado for his support for the Project. 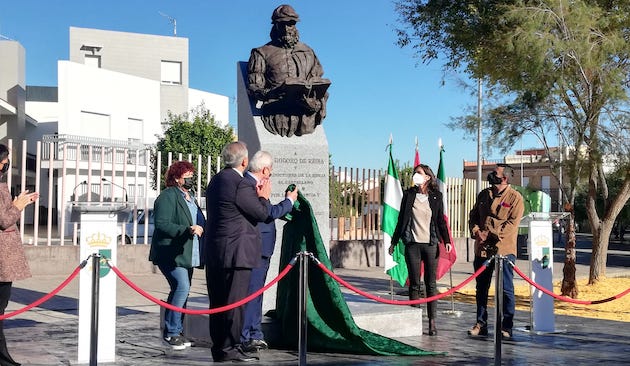 Apart from the monument, around 3,000 copies of a magazine dedicated to Casiodoro de Reina have been printed.

The event concluded with a conference by the evangelical historian Antonio Simoni, who explained the importance of the Reformer. “The last thing that was done to Casiodoro de Reina here, was to burn him in effigy. But today he will be honoured just some metres away”, he said.

Published in: Evangelical Focus - culture - First ever monument to a Reformer inaugurated in Spain