The Spanish Bible Society launches a new version of the most widely read Bible in Spanish, “with an agile text but keeping the legacy of the original Bear Bible”.

On Saturday, 26 September, the Spanish Bible Society presented in Madrid the publication of a new version of the Reina-Valera Bible, the most widely read version of the Bible in Spanish throughout history.

The 2020 version is the result of the work of a multidisciplinary team that, for many years and with special dedication in the last five years, have worked with the goal that readerr can find an understandable and enjoyable Bible, which keeps the classic flavour of the Bear Bible, whose first edition was published almost 500 years ago in Basel.

Ricardo Moraleja is the director of the Bible Society's translation team, he told Spanish news website Protestante Digital that he was looking forward to the reaction of the readers.

The Reina-Valera version, first translated in 1569 century by Casiodoro de Reina and later revised by Cipriano de Varela and others, is still one of the most loved in the Spanish-speaking world.

Question. How has the work of the Bible Society developed in recent years to bring about the publication of this Bible?

Answer. We are celebrating our premier. This revision is the result of the commitment and responsibility that the Bible Society of Spain has, and has had historically, with the readers and listeners of the Reina-Valera Bible.

There is continuity, since in the past we have actively participated in the revisions of 1909, 1960 and 1995. We have also continued to respect the original text, the Reina-Valera textual tradition, and the best original biblical texts in Greek, Hebrew and Aramaic.

This project started in 1995, after the publication of the previous version, when many people wrote to us with improvements and suggestions, which we have taken into account. A first multidisciplinary committee was formed in 2015, made up of linguists, theologians, philologists, Bible scholars, all of them under the supervision of our translations department.

Our aim was to complete the work in 2017, the 500th anniversary of the Reformation, but it could not be finished, due to the scale and complexity of the objective we had. 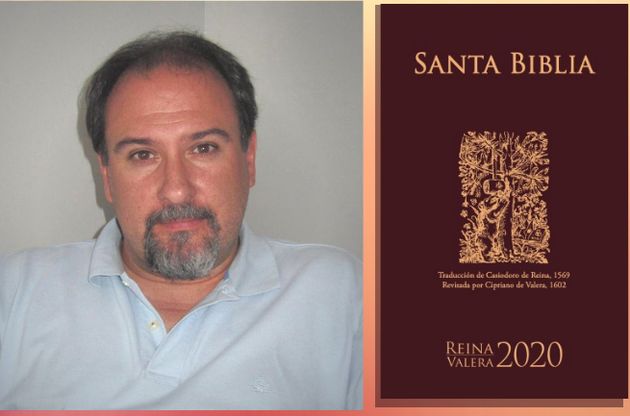 Q. What are the main challenges that you have faced?

A. There have been many. I will highlight three. First, we had to be aware that it was a revision, not a new translation. A slip like that could have dire consequences.

It is a revision of a Bible translation widely valued and loved by hundreds of thousands of evangelical Christians, for whom this text is the Bible of their heart, the Bible with which they have grown physically and spiritually.

That is why we had to avoid modifying the translation, not getting carried away by new trends, by our own tastes or exegetical choices. We had to respect the translation choices made by Casiodoro de Reina and Cipriano de Valera. While reviewing it, we have respected the exegetical option they chose.

A second challenge was to offer a fluid and agile text in contemporary Spanish, but at the same time keeping the aroma of the Reina-Valera.

We look at the work of the Spanish writer Andrés Trapiello, who adapted Don Quixote to modern Spanish. He published a modern text, but when you read it, you still enjoy a 17th century work.

Q. What features stand out from this review compared to others?

A. I will highlight the most important ones: we have carefully followed the textual basis of the Bear Bible, also checking it with the review of Valera. I highlight this, because other revisions have compared the Reina-Valera with modern manuscripts of the Bible.

We have checked it against the Stuttgart Hebrew Bible for the Old Testament, and against the basis of the critical text in Greek for the New Testament, but we have avoided making textual corrections.

However, we have included some footnotes, that show the most relevant textual variants of the most numerous and important manuscripts that we currently have. 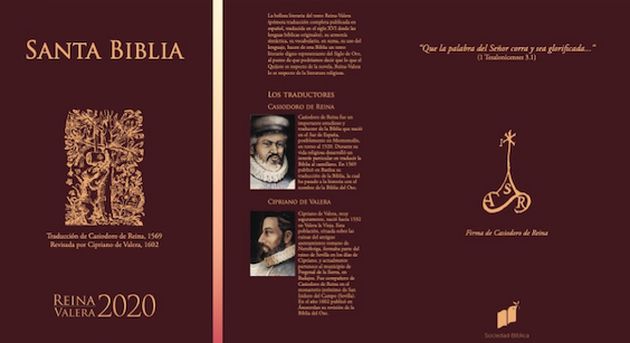 Front and back cover of the 2020 edition. / Protestante Digital.

We have scrupulously followed the original exegetical choices made by Casiodoro and Cipriano. But we have allowed ourselves to make some exegetical changes, when we have considered that these modifications clarified and improved the understanding of the text.

Grammar and spelling have been improved, adjusting it to current regulations that changed in 2010. The reader will appreciate this in the accentuation and in a small relaxation in the use of punctuation, so that the text will be more agile.

We have changed words that are no longer well understood and are meaningless for new readers. We have also replaced words which, although understood, did not accurately reflect the meaning of the original text.

For example, Paul in his letters uses the word "saint", but Paul's concept of "saint" is not the one we have in the context of our society, specially in some countries of Roman Catholic tradition. Paul is referring to those who are part of the Christian community.

Other changes have to do with currencies, weights or measures, we have updated them, so that it is easier to understand the text. Furthermore, the poetic texts are now distinguished from the narrative with an indentation in the composition of the page.

We have also decided not to use the name “Jehovah”, but to use “The Lord”. It is something that was not done in 1995 and many people requested it. This is not our invention, but it has been done since the 3rd century. It is not a question of fashion, but there is a philological criterion. 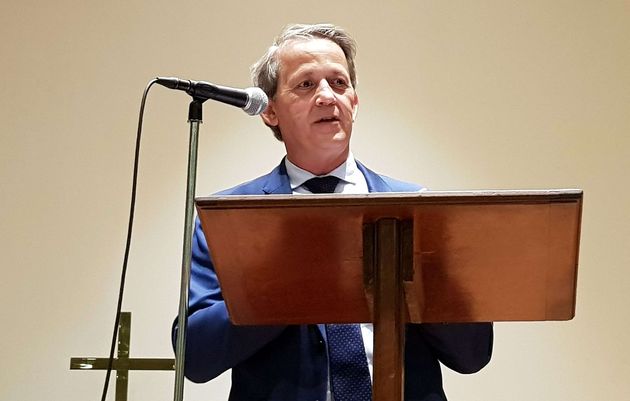 Luis Fajardo, Director of the Spanish Bible Society during the presentation of the Reina-Valera 2020 Bible. / Protestante Digital.

Q. The Reina Valera 1960 version is almost 60 years old, but it is still one of the most used. Do you think this new revision will be able to take its place?

RV60 has made history, but times have changed. We have to distinguish two terms: value and validity. The RV60, which is widely used in the Protestant world, has an indisputable validity and is rightly held in very high esteem. But regarding its value, we have to take into account the changes in language and its uses.

Let us think that when Casiodoro de Reina published it in 1569, barely 33 years later Cipriano de Valera considered it necessary to undertake a process of revision. Now 450 years have passed since the Bear Bible was published, and throughout this time, there have been about twenty revisions.

The Reina-Valera 2020 must respond to the needs and challenges of our time, keeping the spirit and the tradition of Reina and Valera in full force. It deserves to preserve all its value and validity, because it is Sacred Scripture, and because it is a very important part of the tradition and history of the Protestant people.

We know that the transition from the 1960 text to the 2020 text is going to take a long time. The transition from 1909 to 1960 took a long time as well. And although "I am not a prophet or the son of a prophet", I venture that many of the things that are going to be said to avoid using 2020, will be the same as those said at that time.

Q. What dissemination plans do you have for this new version?

A. We will make a wide dissemination through the evangelical bookstores, as well as through our website. Furthermore, it will be distributed outside of Spain through the national Bible Societies.

In a very short time, it will be available for free in a digital version, through the Youversion application, because this is not done to earn money, but rather it is a missionary project.

We are also working on a study version with notes, which will be available later this year or at the begining of 2021.

Published in: Evangelical Focus - culture - “The Reina-Valera 2020 Bible responds to the needs and challenges of our time”