We start this new media project aiming to discuss current affairs from within a Biblical worldview, in English and from a European perspective. 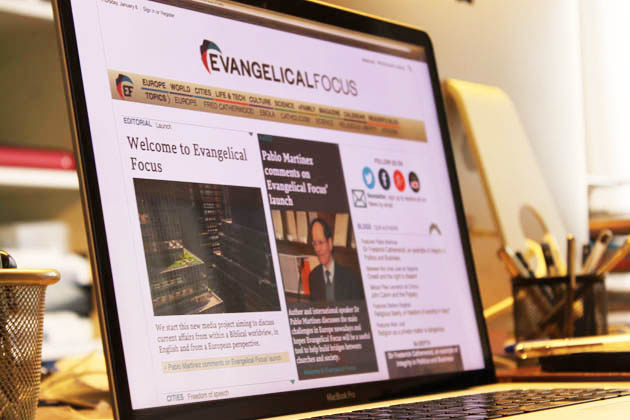 The new project will focus on Europe.

To discuss current affairs from within a Biblical worldview, in English and from a European perspective. This is how we would sum up the mission of Evangelical Focus, the new Media project inspired by Protestante Digital and launched under the auspices of “Areópago Protestante”.

The authors contributing to this new project, united by their common evangelical worldview, will be writing from different parts of the continent.

“Our aim is to help build bridges between the Church and society, giving presence and influence to Christian thought”, according to the editorial team of Evangelical Focus in a letter sent to a range of European evangelical organizations during the course of the last few months.

“On the one hand we want to explain the Church to society: by making it visible and drawing attention to the contributions it has made wherever it is present. On the other hand, we seek to ‘explain society to the Church’: by informing European Christians in such a way that they will better understand what is happening around them”.

The new magazine is not just a source of general news stories, but will seek out and highlight personal stories, stories of how small groups of Christian believers are having a decisive impact on the places where they live and work: their neighbourhoods and their cities. In this regard, priority will be given to giving visibility to the evangelical reality in countries where evangelicals are in the minority (especially in eastern and southern Europe).

In addition to a number of current news topics there is also an audio interview with the conference speaker and psychiatrist Pablo Martinez, in which he explains why he is supporting the project and why he considers such an initiative to be so necessary In Europe today. 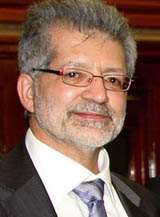 Pedro Tarquis, as director, will be responsible for the overall coordination of the project. “Our enthusiasm for EF stems from the model and the vision of Protestante Digital in Spain, a communication project initiated by Spanish evangelicals 11 years ago which has had a greater impact than we could ever have imagined”, Pedro explained.

“The new web is not going to be a translation into English of ‘Protestante Digital’,” he added, “its aim is to become an independent European medium, from Europe and for Europe, while not forgetting the rest of the English speaking world”. 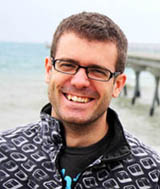 Alongside Pedro Tarquis, Joel Forster, editor in chief, will be dealing with the day to day coordination of the magazine. The editorial team is made up of the journalists Belen Díaz and Daniel Hofkamp, editor in chief of Protestante Digital.

The team of translators will include Roger Marshall, Jonathan Dawson, Nicky Seadon, Ester Barrett and Joana Morales. This aspect of the initiative is in its early stages, the aim being to translate content into English from all the European languages [Would you like to be a translator for Evangelical Focus? If so, write to office@evangelicalfocus.com]

EUROPEAN VISION, WITH OUR IMPACT ON SOCIETY IN MIND

Where did the project originate? The idea of a magazine for Europe has been incubating during the last two years since it was conceived by Pablo Martinez and Jaume Llenas, both of whom have recently travelled widely in Europe and have thus got to know the situation facing churches in other countries.

“We are called to be lights shining brightly in the world (Philip. 2:15)”, as Pablo Martinez (author and international Speaker) has pointed out. “The Christian message is rooted in a worldview which gives meaning, purpose and hope to our lives, and its vast reservoir of ethical values, to which Europe as a whole is deeply indebted, is just as valid today as it was 6 or 7 centuries ago”.

“We cannot and we must not miss the opportunity to be a powerful voice in a society such as Europe, which has become so secularized that it has turned its back on God, but which at the same time is thirsting for God, or, as the non-Christian contemporary philosopher George Steiner has put it, suffers from a ‘nostalgia for the absolute’”.

Dr Martinez has expressed his hope that many readers in Europe “will see and feel the Evangelical Focus project as something which belongs to them, something that resonates with them”.

Jaume Llenas, pastor and general secretary of the Spanish Evangelical Alliance, adds that in Europe of all places there is a need to return to clearly stated Biblical reflection: “The complexity and diversity of theological views in Europe continues to grow apace. During the 19th century our continent saw the birth and growth of a theological system of thought that gave rise to the emergence of different forms of theological liberalism, which in turn led to the ecumenical movement. The upshot of all this has been that today, due to a sea-change in the concept of what a ‘missionary’ is, a plethora of theological currents are crisscrossing the globe, exposing us to many influences (some positive, some negative) from the Global South”. 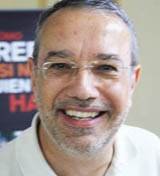 “That is why it is so vitally important to provide news and comment on contemporary events from within a biblical worldview, from the point of view of historical evangelicalism. It is a biblical pers­pective, more than anything else, that equips us to analyze and understand reality”.

“Bearing this in mind”, Llenas points out, “a magazine like Evangelical Focus could offer a wealth of resources so that believers and, by extension, local churches, can analyse the society in which they live, and provide Biblical answers”.

“Evangelical leaders are very conscious of the strategic role played by the mass media in today’s world. Both the European Evangelical Alliance and the Lausanne Movement have recognized this as a priority in their publications. We are in need of a plurinational written media project, with a pan-European and a clear calling to reach a wide audience throughout the length and breadth of the continent”.

COOPERATION WITH OTHER ENTITIES

In our endeavor to offer an open platform which would be representative of European evangelical Christians, the team responsible for the project has contacted entities with a similar vision already working in Europe, with a view to hearing their points of view.

Evangelical Focus is also in dialogue with national media which espouse an evangelical perspective with a view to exchanging information on a regular basis, so as to reach out to as many people as possible.

If you wish to know more about the vision and aims of EF you can download the more extensive document entitled “Introducing Evangelical Focus”.