In these first 7 weeks online Evangelical Focus has published more than 200 articles. Have you got any stories you would like to tell us? 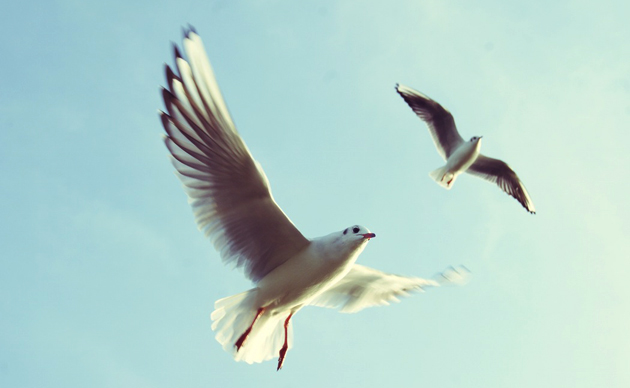 Evangelical Focus has now been online for seven weeks. During this time we have published 141 news items, and 23 writers have contributed 72 articles of Opinion and Analysis (in our Blogs and Magazine).

Evangelicals from all over Europe have shown an interest in the project, have made contributions of one kind or another, and have shared and given greater visibility to our vision. Most of our visitors have been from Spain, the UK, Romania, the USA, Moldova, Holland and Italy.

As far as current affairs are concerned, we have been following burning issues. To this end we have interviewed people who might be able to reflect with authority, and from an Evangelical perspective, on events like the terrorist attacks in  France, the Greek elections, the marginalization of evangelicals in some parts of Europe, the migratory crises on the Italian coast or the attacks by Boko Haram in Nigeria.

The social media (Facebook, Twitter) have led to 2 articles in particular going viral. One of them was the one in which we explained the details of how the “Ghiletchi Report” was passed by the Council of Europe. The other one that generated a great deal of interest was the first interview with the new leader of the World Evangelical Alliance, Efraim Tendero. 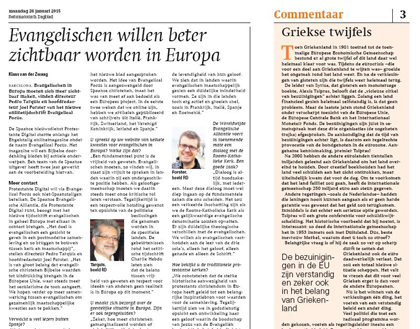 Certain other media have expressed an interest in the content of Evangelical Focus. The Dutch newspaper “Reformatorisch Dagblatt”, in its paper edition, published an interview about the aims of Evangelical Focus, and certain webs, including “Worldwide Religion News”, have started to include us in their daily review of prominent news stories.

But we also want to know about the little stories that happen from day to day.

And these stories are sometimes harder to find.

We want to hear the testimonies of people who see Europe as a mission field, and go out of their comfort zones to talk about Jesus in ways that engage with the people they live amongst.

So we would like to ask you, as readers of Evangelical Focus…

HAVE YOU GOT ANY STORIES YOU WOULD LIKE TO TELL US?

Evangelical Focus will be a useful tool in God’s mission to the world in so far as people see the need to share their ideas, with one overall aim: to build new bridges between the Church and society.

Will you join us in this?

Published in: Evangelical Focus - Editorial - Do you have news to share?