Evangelicals are 2% of Spanish population

New official data show that evangelicals have multiplied eightfold in the last 20 years. The evangelical places of worship keep growing, there are over 4,200 throughout Spain. 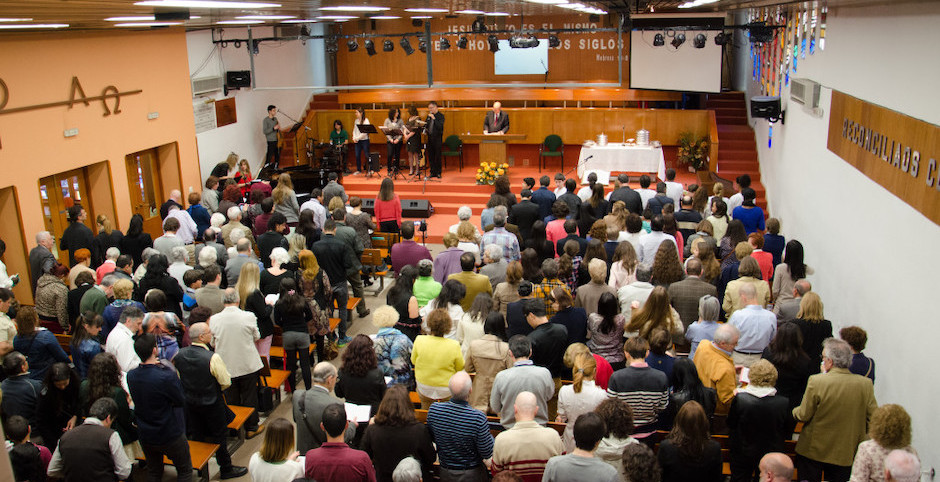 A Baptist church in Madrid./ UEE.

The Observatory of Religious Pluralism in Spain has released an update of the data on places of worship, as well as the religious identification of the Spanish population according to the statistics published by the Sociological Research Centre (CIS).

The Observatory aims to provide “data and diagnoses on the diversity of beliefs and the needs related to the effective exercise of religious freedom, in order to contribute to the improvement of public management”, explained on its website.

In addition to provide reports and infographics on the situation of religious minorities in Spain, the Observatory updates data on places of worship every six months.

According to the 2018 religious affiliation report of the CIS, 1.96% of the population in Spain identifies as protestant or evangelical. In the last 20 years, this group has multiplied eightfold, being the denomination with the highest percentage growth.

This figure is significant when compared with that of the majority religion, Roman Catholicism, which in the same period has gone from 83.7% to 64.8%, a loss of almost 20 percentage points. 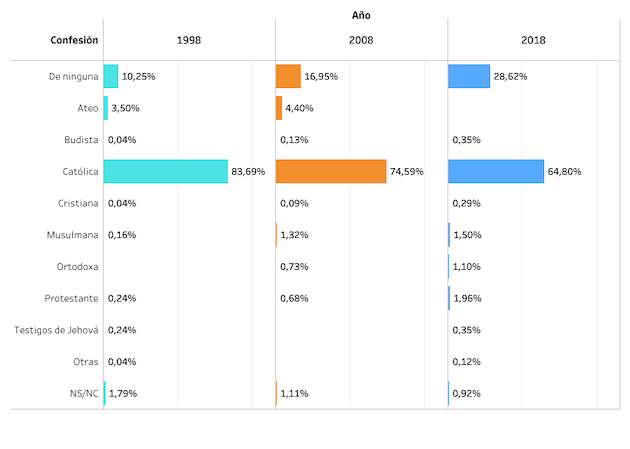 Evolution of religious beliefs of  the Spanish population, 2008-2018.

Furthermore, nearly 10% of those not born in Spain who live in the country identify as Protestant. The evangelical faith almost reaches 3% in the youngest age range studied, 18 to 29 years old.

By sex, women are a majority among evangelicals: 2.84% of women compared with 1.22% of men who identify themselves as evangelicals in Spain.

At a general level, although in Spain the majority still choose to define themselves as “rather religious” (28%), the figure is down by 8 percentage points compared to 2008, while the options “extremely non-religious” (9.6%) and  “rather non-religious” (18.2%) show a strong increase over the last decade.

Sustained growth of places of worship

The Observatory uses three sources to collect data on places of worship: the Register of Religious Entities, researches promoted by the Pluralism and Coexistence Foundation and the requests of the religious communities to be part of the Observatory's website.

There are 30,676 places of worship in Spain. Of these, 22,997 are Roman Catholic parishes and 7,679 belong to other religious denominations.

Evangelical places of worship currently number 4,283, spread throughout Spain, but mainly in the large cities of Madrid and Barcelona.

Previously, the data on evangelical places of worship included the Anglican Communion and Adventists, but in this latest update they are now shown separately, so the numerical growth may appear to be lower.

Published in: Evangelical Focus - europe - Evangelicals are 2% of Spanish population