Scottish Parliament congratulates churches on its service during the pandemic

The Parliament debated a report about how the church supported the needy during lockdown. “We acknowledge and thank them for their selflessness, compassion and tireless work”, MPs say. 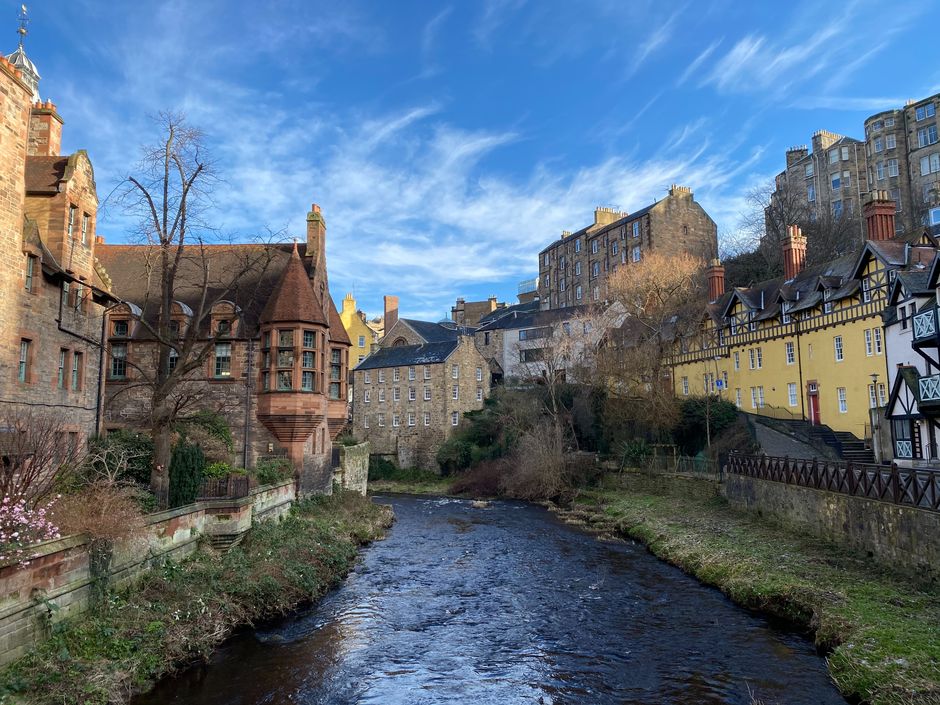 The Scottish Parliament congratulated evangelical churches and groups for their service supporting people and communities in need throughout the pandemic.

Scottish parliamentarian Jeremy Balfour submitted a motion to debate Stories of Hope, a report published last December by the UK Evangelical Alliance (EAUK) and Serve Scotland, on 23 March at the Scottish Parliament.

“As we take tentative steps towards recovery, it is vital that we consider the issues that have been raised by the report and that we acknowledge and thank faith communities throughout Scotland for their selflessness, compassion and tireless work in supporting the most vulnerable”, said Cabinet Secretary for Communities and Local Government, Aileen Campbell, during the debate.

According to Campbell, “faith communities have brought a sense of hope and purpose in the midst of the pandemic. They were able to step in quickly and sensitively to adapt and often increase the community support that they already delivered, day in, day out”.

“They have helped to bridge a number of gaps, which, as is mentioned in the report, has exposed pre-existing inequalities [..] churches help communities quietly, compassionately and without looking for praise or reward, opening their hearts and their doors to support those who far too often experience doors and minds closed”, she added.

The Stories of Hope report shows that “churches across Scotland had delivered 212,214 acts of support during the first lockdown, between May 2020 and July 2020, and that these acts were delivered by 3,212 volunteers and impacted 55,671 beneficiaries”. 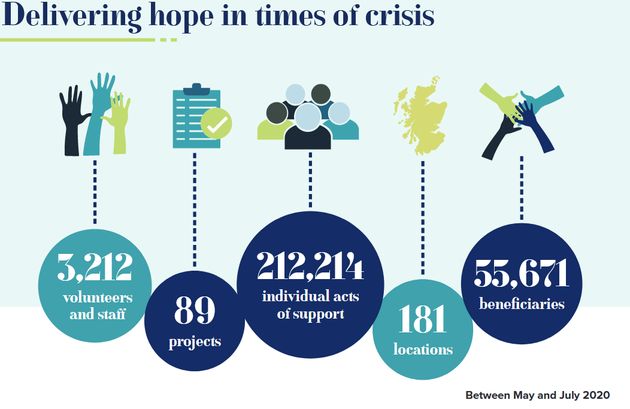 The report shows the support of the Scottish chuches during the pandemic. / EAUK.

The report also identifies eleven local authorities who provided emergency funding for weekly support costs and highlights the diversity of those involved in the projects, which “speaks to the unity of the church”.

“It is abundantly clear from these partnerships that any notion of churches somehow existing in a bubble separate to their community is misguided. On the contrary, it is apparent that in many areas the church is a cornerstone of community response, offering the gathering point around which other organisations can meet”, it concludes.

“The church is a force for good in Scotland”

Kieran Turner, public policy officer for the EAUK in Scotland thanked Balfour and all the MSPs who supported the debate “for the opportunity to show how the church spreads hope and the impact that has been made at a national level during the pandemic”.

According to Turner, “often the work of churches in the community goes under-reported and government is not aware of the role of the church in wider society. […] Having the Scottish Parliament debate the report and commend these churches will raise awareness and challenge perceptions of what the church is and what the church does in Scotland”.

“The church is a force for good in Scotland and it must be a core part of the government's rebuilding plans post pandemic”, he concluded.

Published in: Evangelical Focus - europe - Scottish Parliament congratulates churches on its service during the pandemic