The pandemic does not stop Norwegian missionaries

Christian workers in the Nordic country are both being recruited and sent out to countries around the world. "We cannot allow money to replace people". 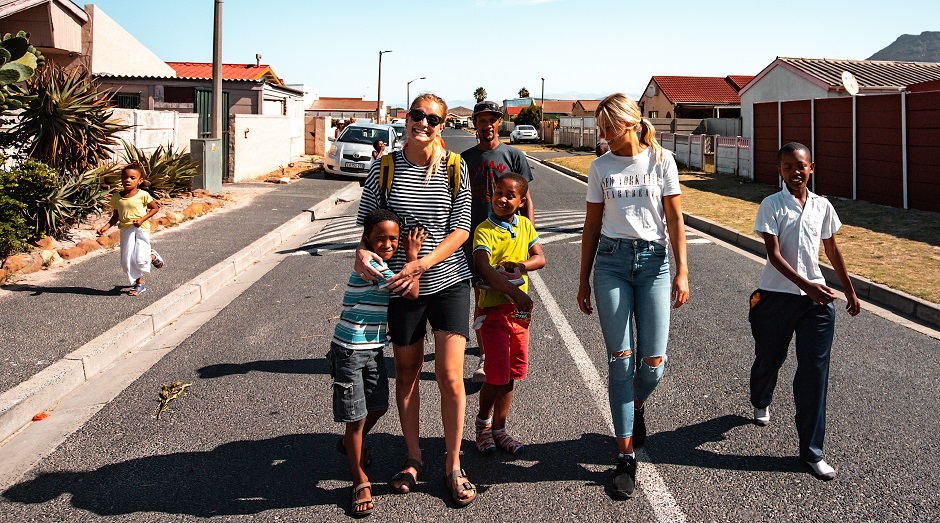 Youth With A Mission Norway continue recruiting missionary candidates even during the pandemic. In the image, young Norwegians working with kids in South Africa. / Photo: YWAM.

2020 was anything but normal for missionaries across the planet. Many went back to their home countries, and many who were meant to go working in the mission field, were not able to do so.

The pandemic has limited all kinds of Christian activity worldwide, but it has not completely stopped Norwegian missions organizations from going forward. Some have been more on the offensive than others.

Youth With A Mission Norway is the largest sending organization in the country with around 150 full time and long term workers in different countries in a normal situation. This number has gone slightly down during the pandemic.

YWAM’s national leadership might have been tempted to take a step back under the circumstances, but instead chose the opposite. They decided to advertise in Christian newspapers in order to recruit new missionaries.

This YWAM tactic worked. They asked missionary candidates to get in touch with them, and five people did.

"All five were serious candidates, and that is a good response", says missions leader Yngvild Hofstad to Kristelig Pressekontor.

"Our main aim was to proclaim that we still do send missionaries, even during the pandemic", Hofstad adds.

Returning to the mission field

Norsk Luthersk Misjonssamband (NLM) have traditionally been the largest missions organization in Scandinavia for decades. When the pandemic started a year ago they had 110 missionaries in 14 countries in Africa, Asia and South America. Shortly after that the number was down to 40. Some nine months later, many missionaries had returned to the mission fields and the total number of missionaries was around 90.

Some missionaries were asked to leave and come home for some time while the situation was being assessed, others were allowed to stay if they wanted to. Some countries have a well functioning health system, in some places partly thanks to the work of missionaries, other countries do not have such solid systems. Therefore different considerations have been made on an individual basis.

"The contagion situation is not the same in every country, and missionaries belong to different risk groups. We have also considered the situation for families with children especially", says NLM’s international director Hans Arne Sanna.

He is more optimistic about the situation now than he was at the beginning of the pandemic even if new Coronavirus waves have surged and the future is hard to predict.

"Many of our missionaries have chosen to travel back to the places where they normally live. They are happy to get back to where they belong so they can continue to work. It is important to them. This is about finding some sort of normality in an unnormal situation", says Sanna.

Turning the crisis around

Normisjon is one of the minor Norwegian missions organizations. They were facing a recrution crises late last year. Now they have managed to turn it around.

In the autumn of 2020, while many missionaries had returned to Norway, Normisjon did not have one single missionary candidate ready to be sent out.

"If several missionaries should opt not to return to the mission field in 2021, when the pandemic hopefully is under control, it will dramatically affect our work", the organization wrote on its website.

But in only a few months, after a combined fundraising campaign and an effort to recruit new missionaries, Normisjon was able to get in touch with a substantial number of people interested in missions.

Now international director Tore Giil Bjørsvik concludes: «I am certain we will employ missionaries both this year and the next».

After several years with a decreasing number of missionaries, Giil Bjørsvik says Normisjon needed to communicate that they are still serious about sending out missionaries.

"This is the main point in the great commandment, and we can not allow money to replace people", he says.

Published in: Evangelical Focus - europe - The pandemic does not stop Norwegian missionaries