Condolences and support from the Netherlands, Spain and Austria. The World Evangelical Alliance encourages churches worldwide to pray for “healing and wisdom.” 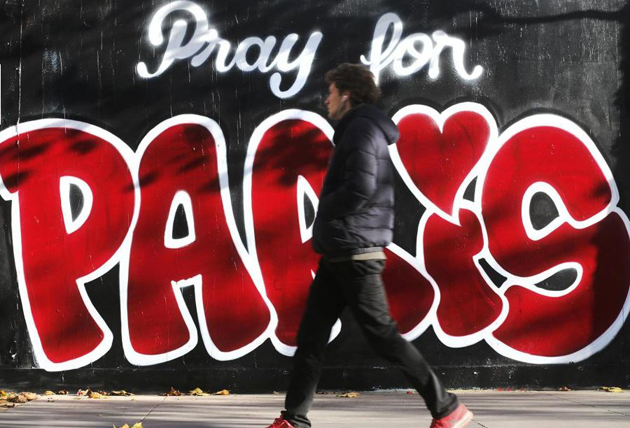 A message on a wall asks people to pray for Paris. / Reuters.

Many Christians around the world are praying for the situation in France after the terrorist attacks in Paris on Friday, 13 November.

Already on Saturday morning, the National Council of Evangelicals in France (CNEF) urged to pray for the families of the victims and the authorities. “France is not alone! Right now there are millions of Christians praying for our country”.

The organisation which represents thousands of believers in the country also said that the response should not be driven by “panic or hate.”

WEA: “PRAY FOR HEALING AND FOR WISDOM”

Later on Saturday, the World Evangelical Alliance (WEA) also expressed their support for the victims of the attacks in Paris and in Beirut (Lebanon). In Lebanon more than 40 people died in another attack of Daesh on Thursday, 12 November.

“We condemn these coward acts of terrorism in the strongest terms and express our deepest condolences and solidarity with the people of France and Lebanon at this difficult time.”

“Pray for hope, pray for healing, and pray for wisdom as the two nations seek the right way forward.”

NETHERLANDS: “PRAY FOR THOSE PEOPLE BEHIND THIS VIOLENCE”

The Dutch Alliance, MissieNederland, wrote: “It is easy to react indiscriminately and in such circumstances to use large words. We hope and trust that the power of faith will help us to be guided by love and not by fear or hatred, in these circumstances.”

“Let us also pray for wisdom and calm for the government and for the police and emergency services to respond appropriately to this senseless violence in France, but also in the Netherlands. Finally, let us not forget to pray for the people behind this violence, who are so blinded by their relentless hatred.”

SPAIN: REMEMBRANCE OF THE MADRID 2004 ATTACKS

The spokesman of the Spanish Evangelical Alliance board, Pedro Tarquis, wrote: “From Spain we have followed on our screens with horror and sorrow these scenes, which are similar to those we experienced in Madrid in March 2004.” Then, Al Qaeda attacked several trains with bombs and killed 191 people.

“In the midst of consternation and grief, we pray for the wounded and their families, as well as for the victims.” The terrorist attack “will change Europe” but “God will always be there, and in Him we will trust”, Tarquis concluded.

AUSTRIA: “LET’S TURN TO GOD AND HIS POWER”

The Austrian Evangelical Alliance expressed the solidarity of the believers in the country, and said that “for those who believe in the Bible, these type of happenings unfortunately are not a surprise. Jesus said war and persecution would happen.”

The Secretary General Christoph Grötzinger added:  “We turn to God and His power, praying for the victims, the rescue forces and the medical staff, police and the politicians.”

Many other organisations across the world expressed their support, condolences and prayers for those suffering the consequences of the terrorist attacks.