980 hate crimes against Christians reported in Europe in 2020

An OSCE report shows that graffiti, vandalism and arson attacks against churches are some of the more common crimes. There are 70% more cases reported than in 2019. 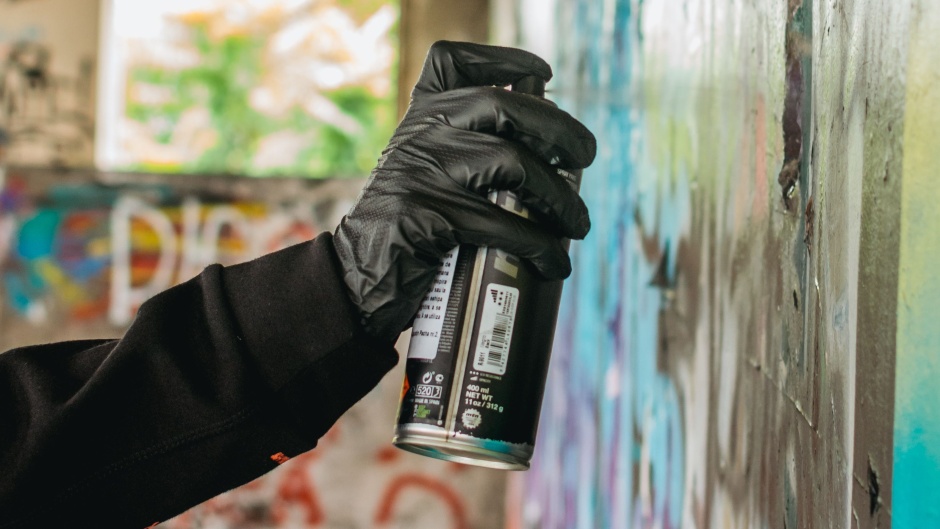 The Office for Democratic Institutions and Human Rights (ODIHR) of the Organisation for Security and Co-operation in Europe (OSCE) has launched its Hate Crime Data 2020 on 16 November, the International Day for Tolerance.

The organization's hate crime database is the “largest of its kind worldwide. It is updated each year and it also includes data on hate crime legislation, prosecution and sentencing, as well as best practices and resources and tools to support victims”.

What is hate crime?

According to ODIHR, “hate crimes are criminal acts motivated by bias or prejudice towards particular groups of people. They comprise two elements: a criminal offence and a bias motivation”.

“A hate crime has taken place when a perpetrator has intentionally targeted an individual or property because of one or more identity traits or expressed hostility towards these identity traits during the crime”, they add.

The European body explains that the hate crime against Christians “are influenced by a number of factors, including the minority or majority status in a given territory, the level of recognition of particular religious groups in a given country, or political and media focus on these groups at a particular moment”.

“ODIHR's hate crime reporting includes reports of physical assaults and murders. Graffiti and vandalism against places of worship, the desecration of cemeteries and arson attacks against churches are some of the more common types of crimes motivated by bias against Christians”, underlines the report. 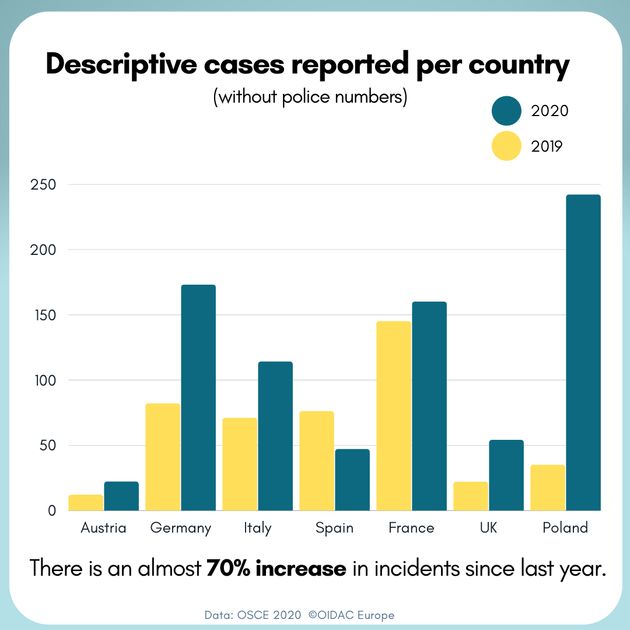 Data: OSCE. Graph: Observatory of Intolerance and Discrimination against Christians in Europe

For example, in France, the arsons against churches has significantly increase, and in Scotland, the problem is so great that the church is now receiving financial support, from a hate crime fund, to improve its security measures.

In addition to the data, since 2004, “OSCE Ministerial Council decisions and declarations have included specific commitments on and references to the importance of combating prejudice, intolerance and discrimination against Christians”, says the ODIHR.

In 2020, the ODIHR received a total of 7,181 cases of hate crimes against different kinds of groups and individuals. 4,008 of them were descriptive cases and the rest were police data from individual member states.

Of those 4,008 descriptive cases, 980 are hate crimes against Christians, almost 25%, more than against any other religious group. There has been an increase of almost 70% comparing the numbers of incidents from last year to the number of this year. 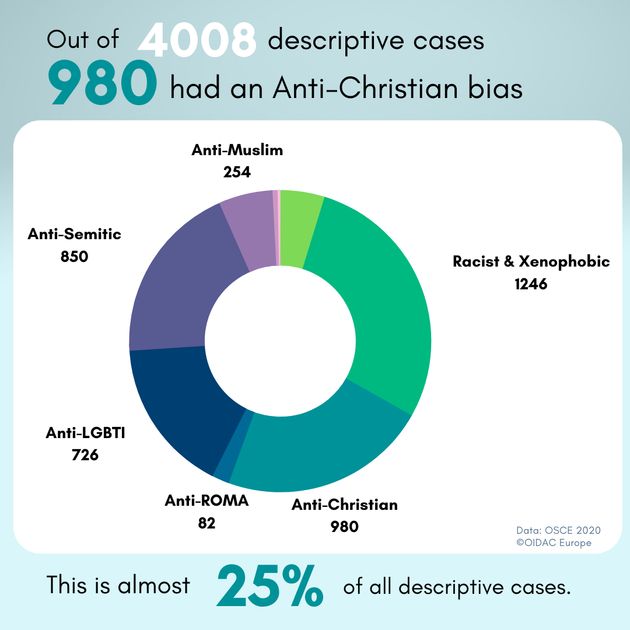 Data: OSCE. Graph: Observatory of Intolerance and Discrimination against Christians in Europe

“Both of these findings put the reality of the situation into a different perspective, which indicates that the actual number of hate crimes against Christians is probably way higher”, they add.

Published in: Evangelical Focus - europe - 980 hate crimes against Christians reported in Europe in 2020