Official statistics show that 51% of the general population adheres to Christianity, more women than men. London is the most religiously diverse region in the UK. 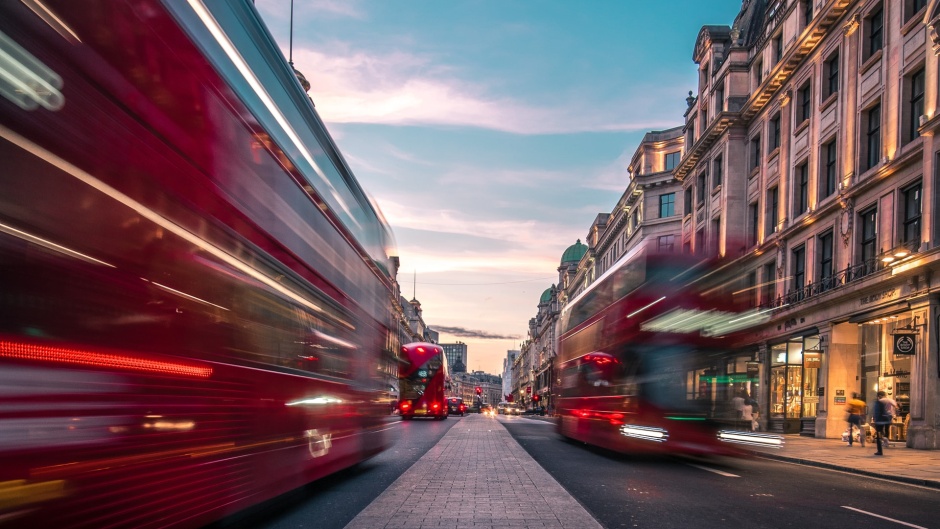 The number of people who define themselves as Christians in England and Wales has fallen to 51%, a 8% decrease since the 2011 census.

New data published by the Office for National Statistics shows that while 71.4% of women and 61% of men aged between 60 and 69 adhere to Christianity, the number falls to 35% when young people aged between 20 and 29 are asked. 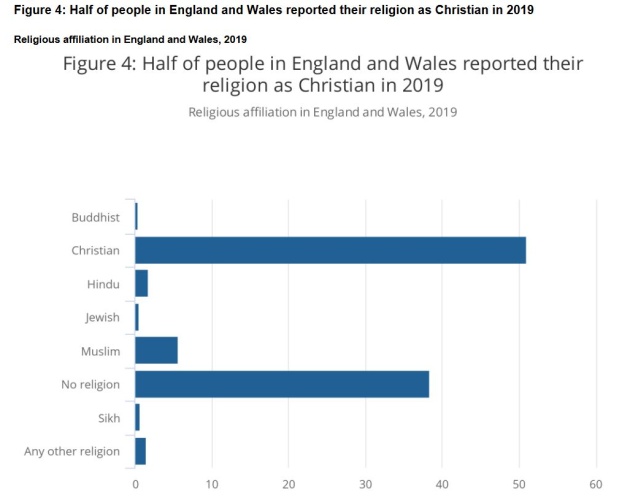 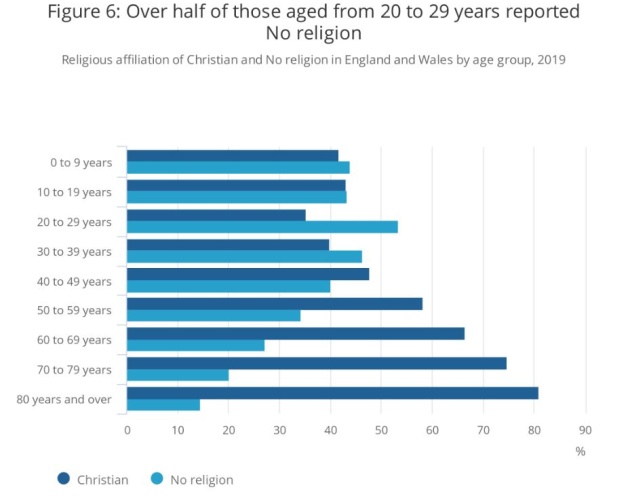 Muslims are close to 6% of the population in England and Wales and Hindus under 2%.

London is clearly more religiously active than other parts of the country. One in four people living in the capital city say they have a religion other than Christianity. 14% say they are Muslims. Only 29% of people in London say they have no religion. 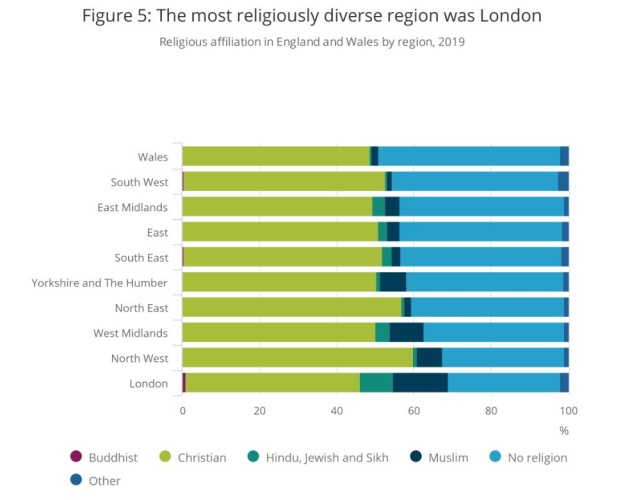 “The North East, South West, and Wales were the least religiously diverse regions, with over 95% of their populations Christian or with No religion”, adds the ONS.

Over half of people in London not “White British”

The latest ONS figures also look at ethnicity, showing that 85% of the population in England and Wales identified their ethnicity as “white”, decreasing by 1.2% since the 2011 Census. 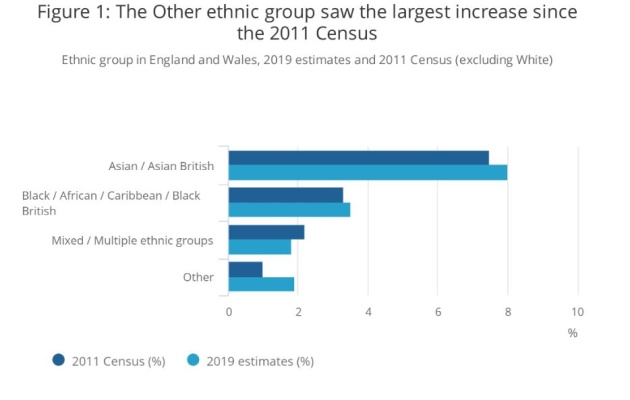 London is also more diverse in matters of ethnicity. “Those identifying as White British accounted for 43.4% of London's population compared with 78.4% for England and Wales overall”, the ONS said.

Published in: Evangelical Focus - europe - Half of young people in England and Wales say they have no religion