Trial of Räsänen and Pohjola completed: decision comes at the end of March

The second hearing focused more strongly on the interpretation of the law than the first hearing. Bible quotes and questions about faith were not heard this time. 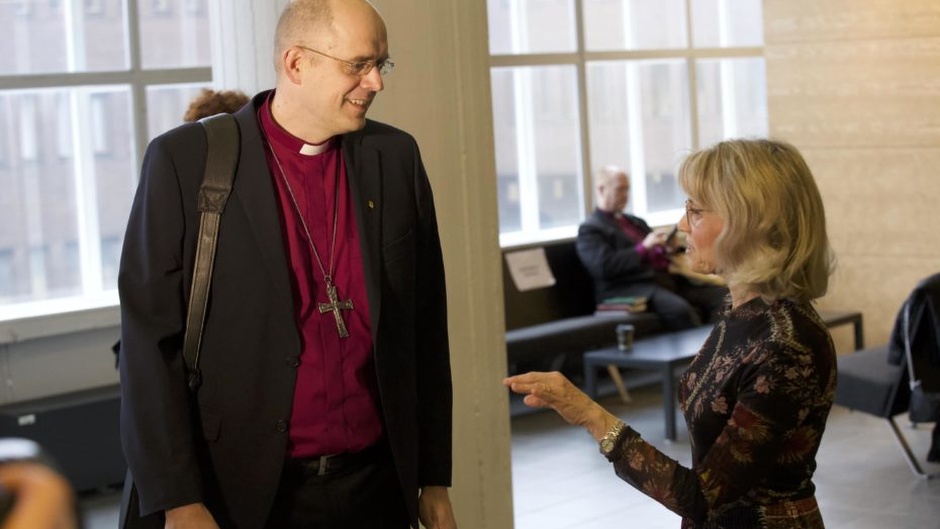 The trial of Member of Parliament Päivi Räsänen and Bishop Juhana Pohjola of the Evangelical Lutheran Mission Diocese of Finland continued at the Helsinki Courthouse on Monday 14 February.

Räsänen and Pohjola are accused of agitation against an ethnic group.

According to the prosecutor, Räsänen has insulted homosexuals in a booklet, in a tweet and in a radio programme. Räsänen considers homosexual acts a sin, but has also emphasised on several occasions that all people, including homosexuals, are created by God and have indivisible dignity.

The first hearing was held on 24 January. 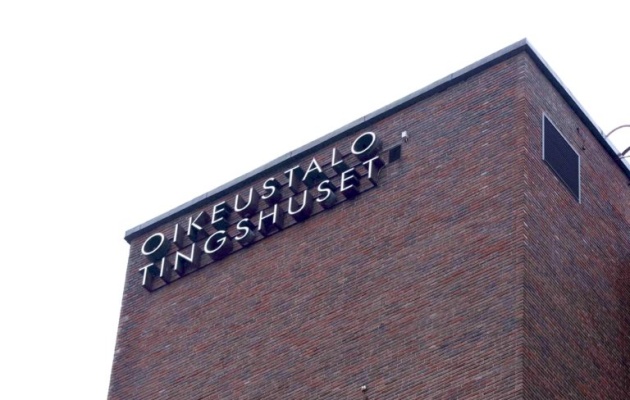 Prosecutor: You can believe, but not necessarily express your faith

In the second and final session of the trial, the prosecutor and the assistants of Räsänen and Pohjola, gave the final statements about the case. Prosecutor Anu Mantila said it is quite clear that Räsänen has a freedom of religion, but that does not exclude responsibility in using Bible verses.

“If so, the views of the Bible have supplanted the Finnish Constitution”, Mantila said.

The prosecutor made a distinction between the internal and external side of religious freedom: people are allowed to think what they want, but the expression of faith can be restricted. “I emphasise that freedom of thought and conscience is unrestricted. This court does not address the religious views of the Bible and homosexuality. It is addressing the expression of these views.”

The prosecutor reiterated her earlier position that human deeds and identity are indistinguishable. “When one judges deeds, the whole person is judged. Actions cannot be separated from identity because actions are part of identity. Understanding deeds as sin is derogatory”.

According to the prosecutor, the insulting nature of Räsänen's expressions is obvious. Offensive is emphasised by the focus on sexual identity, the “core of humanity”.

Matti Sankamo, a lawyer for Päivi Räsänen, pointed out in his closing statement that the prosecutor relied on various recommendations and reports by the Council of Europe and practices in the US legal literature, which, however, are irrelevant in this case.

“Relevant sources of law are the Finnish Criminal Code, its reasoning and the practices of the Supreme Court and the European Court of Human Rights”, Sankamo said. “There are plenty of reports of the Council of Europe and they can justify anything,” Sankamo said.

According to Sankamo, a typical punishable procedure would be to disseminate information, opinion or other message in which violence or discrimination is considered desirable, people are compared to animals or parasites, and minorities are generally called criminals. “It is quite clear that this has not been the case in Räsänen's writings”.

Sankamo also relied on the fact that speaking on a politically sensitive subject is always offensive in principle and should not be interfered with for the sake of insult alone. “This would lead to a silencing effect, which is a danger to an open society and a democratic order”.

Sankamo also reiterated the remarks he had made at the previous court hearing that the prosecutor's complaint contains erroneous allegations. Contrary to what the prosecutor claims, Räsänen has not said that one must get rid of the homosexuality or that homosexuals are inferior as human beings.

Juhana Pohjola is accused of distributing and maintaining Päivi Räsänen's booklet online. According to Jyrki Anttinen, Pohjola's lawyer, the text of the booklet is in no way offensive to sexual minorities and has not been written for the purpose of denigration.

Anttinen criticizes the prosecutor's policy that expressing one's own biblical opinions can be a crime. “One must have right to express one’s view based on the Bible. This is religious freedom”.

“The distinction between man and his deeds is a universal norm and a basic Christian teaching about creation and redemption”, Anttinen stated.

Anttinen also reminded that the booklet is about the religious communication of the Christian community, which is protected in the constitution by the provisions on freedom of religion and conscience and freedom of speech, as well as international conventions of human rights.

“Accepting the prosecutor's interpretation would lead to the criminalisation of public confession of Christianity. It is not possible to impose such a deep restriction on the core area of ​​religious practice”, Anttinen said.

After the trial, Päivi Räsänen told the media that she was in good spirits and expected she’ll be absolved. “Of course, the court is now considering this, but I am very confident”. 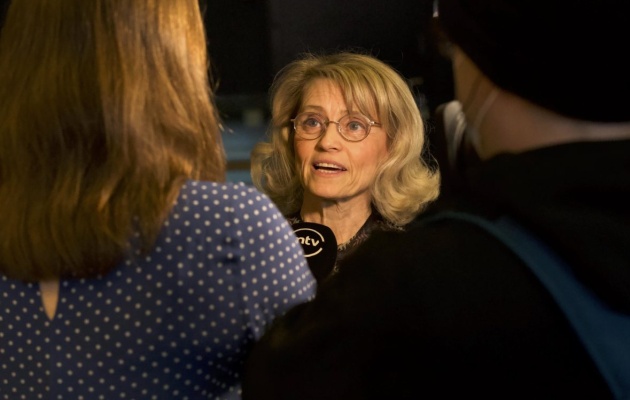 Päivi Räsänen talks to the media on the day of the second hearing of the trial, 14 February 2022. / Photo: Matti Korhonen, Uusi Tie.

According to Räsänen, the prosecutor went deep into the core of religious freedom, stating that freedom of religion would allow faith in one's mind, but expressing it can be offensive.

“In the end, it’s a question of whether one can express what is sin in sexual ethics, based on the teaching of the Bible”.

“If it is not allowed to be expressed, then freedom of religion is violated, because religious freedom includes the right to believe, but also to teach, spread and distribute faith to others. According to the prosecutor’s logic, we would be in China or North Korea in terms of religious freedom”, Räsänen said. 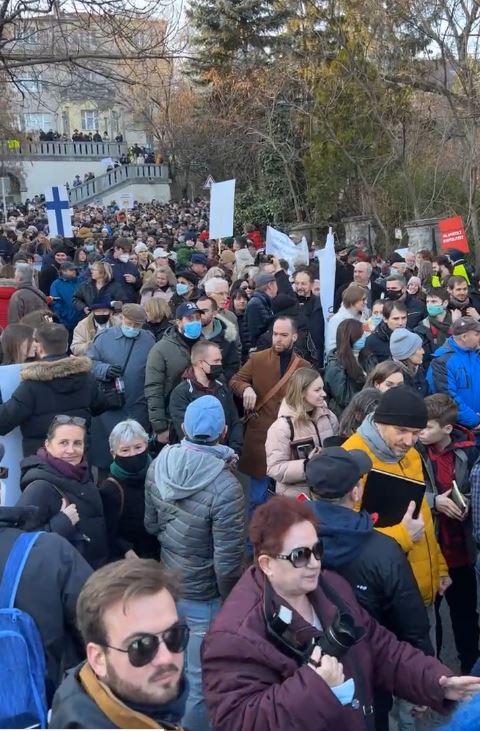 Images streamed live on Facebook on Sunday 13 February, one day ahead of the second hearing of the trial, showed hundreds of Hungarians rallying to support religious freedom in Finland.

At the outdoors gathering organised in front of the Finnish embassy in Budapest, Several men and women took the stage to read statements in support of Päivi Räsänen and Juhana Puhjola.

Published in: Evangelical Focus - europe - Trial of Räsänen and Pohjola completed: decision comes at the end of March