The prosecutor demands that Päivi Räsänen's writings on homosexuality are removed. Her lawyer underlines the politician’s belief in the dignity of all people and refers to the European Court of Human Rights. 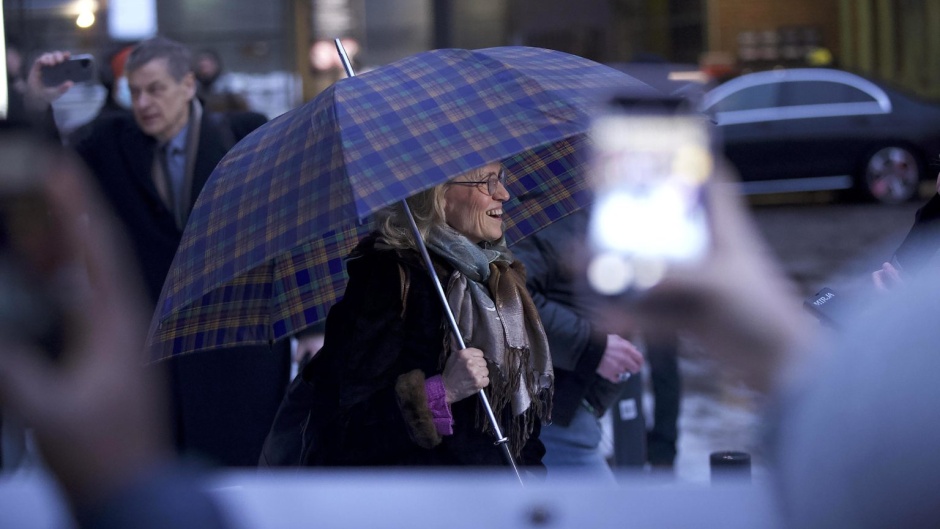 Päivi Räsänen, the Finnish parliamentarian and Bible-believing Christian, faced the court in Helsinki for 8 and a half hours on 24 January.

The General Prosecutor of Finland brought her to court over 3 separate cases (a social media post, a booklet from 2004 and statements in a radio show). In all of them she has been accused of breaking Chapter 10 of Finnish Penal Code, which refers to  cases of “ethnic agitation”, including “incitement to hatred” against homosexuals.

Around 85 people gathered in front of the Helsinki District Court, reported Finnish magazine Uusi Tie. They held banners defending freedom of speech. “I consider Päivi Räsänen to be an exemplary believer in her courage and uncompromising adherence to God's Word and speaking the truth in love”, said one of her supporters. One day earlier, 120 people expressed their solidarity with the parliamentarian in front of the embassy of Finland in Norway.

In the case regarding the booklet “Male and Female He created them”, Evangelical Lutheran Mission Diocese of Finland bishop Juhana Pohjola, the publisher of the text, was also responding to the judge.

The proceedings started with the prosecutor’s statement. According to a summary offered by news website CNE, the prosecutor’s arguments included the argument that “it is not innocent to say that homosexuality is a sin. On the contrary, it could be more serious saying that it is a sin than a crime. To condemn an act means condemning the person. To condemn homosexual acts means breaking the identity of the homosexual person” (this quote is a summary of the prosecutor's words, not literal wording).

According to Uusi Tie, the prosecutor said (literal words translated from Finnish): "Räsänen and Pohjola are not here before the Inquisition to be tried for heresy. Everyone is free to believe what they want. Freedom of religion and conscience includes the right to express one's beliefs, but this freedom can be restricted in order to safeguard other freedoms. Merely quoting biblical passages is not a crime, nor is discussing biblical interpretation. However, interpreting the Bible in a certain way and publishing one's own opinions with reference to them may be a crime if they offend an individual or a group of people".

He added that Räsänen's convictions were "a typical example of extreme Christian thinking".

Homosexual acts are intrinsecally linked to sexual identity, therefore disapproving non-heteronormative lifestyles would be harmful for LGBT youth, the prosecutor argued, according to CNE.

In his answers, the lawyer of Päivi Räsänen said she never attacked the dignity of homosexual people but repeatedly affirmed her biblical convictions about sexuality and marriage included the conviction that all people are equally valuable in God’s image.

Räsänen's lawyer added that not being able to criticise the LGBT movement would shut down all political debate. He also quoted the European Court of Human Rights, which has said that criticism and even language that could be found insulting by some in the defense of certain ideas should not be banned when this would restrict socio-political discourses.

Räsänen’s lawyer even read portions of the Apostle Paul’s letter to the Romans to explain what sin means from a theological perspective.

Later, according to CNE, Päivi Räsänen told the court: "The prosecutor's allegation that I would hold the homosexuals inferior is insulting. It insults both me and the homosexuals. I have not said this, and I do not think so".