“The battle between values is fought with new interpretations of concepts like love, freedom and equality”

Päivi Räsänen was the main speaker at the 2022 General Assembly of the Spanish Evangelical Alliance: “Everyone should be free to express their deeply held beliefs about important issues without fear of censorship or criminal sanction”. 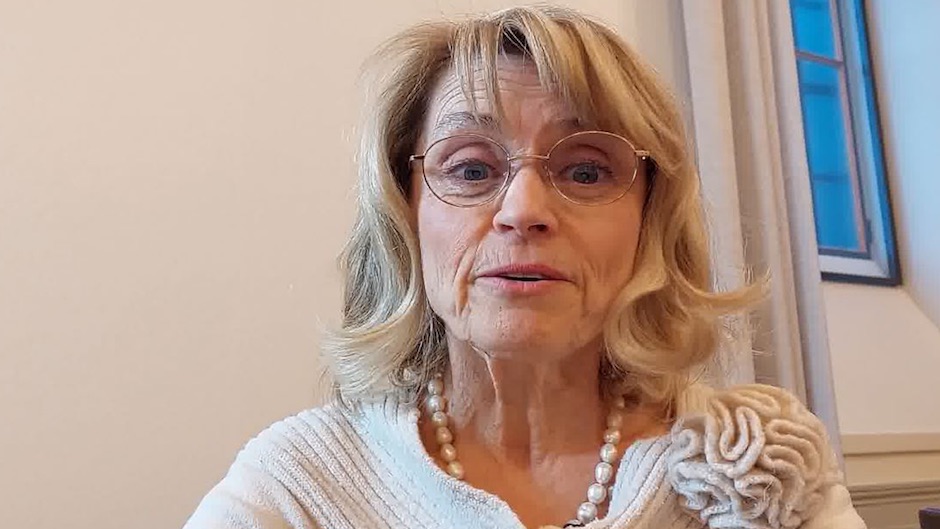 The Spanish Evangelical Alliance celebrated on 19 February Idea 2022, its General Assembly, which was held online after postponing plans of an in-person gathering in Córdoba.

The event focused on freedom of speech in Europe and the open debate about the limits of this fundamental right. Päivi Räsänen, the Finnish politician tried over her remarks about the Bible and human sexuality, gave a 30-minutes speech telling her story and calling Christians to have “courage and wisdom” as they continue to express their faith in the public square.

Earlier in the event, the Secretary General of the World Evangelical Alliance (WEA), Thomas Shirrmacher, greeted the Spanish EA members. He underlined the work of national and regional Evangelical Alliances , saying the WEA connects and represents them on a global level. “You have all right to expect that we work for you and not for everyone else, and that whatever we do has meaning for you”.

Schirrmacher, who started leading the WEA in 2021, also addressed the doctrinal debates and its expression. “I have a very conservative view of the inspiration, infallibility and inerrancy of the Scriptures”, he said, adding that evangelicals have “a paper pope” because “Scripture is the institution and the constitution of the church and we are all subject to it”.

The chair of the Christian Democratic Party parliamentary group and a former Interior Minister of Finland (2011-2015) had accepted the invitation to give the morning session of this year’s Spanish Evangelical Alliance gathering just during the days she was facing the Helsinki District Court for allegedly inciting hatred against a minority group. (Evangelical Focus has followed her case in the last months and years, learn more here).

In her speech, Räsänen looked back at the beginning of her career as physician and her motivation for joining the political arena. “As a young doctor, I took part in the public debates about abortion, wrote books, gave lectures, and organized panels. Defending the life of unborn children has been my top priority as an MP. It was the reason I went to politics”.

The Christian politician reflected on the secularisation of Finland. “In my childhood, the Sunday schools were common and in my village all children used to attend it. In only few decades the faith of the Finns in basic Christian beliefs has dramatically collapsed. In a recently published inquiry, only four per cent of women under 35-year-old answered having a personal belief in Jesus. I have been MP for 27 years and if someone would have asked then when I started, how many genders a person has, people would have considered the questioner quite stupid”.

“Expressing opinions about marriage belonging between one man and one woman, or the sinfulness of homosexual acts, has become politically incorrect. The attempt to break down the gender system based on two different genders hurts especially the children”. “The battle between values is largely fought with language, by capturing the concepts like love, freedom, equality and even rainbow into new interpretations”, she added.

Päivi Räsänen also analised some aspects of her court process. “We Christians and our values are unfamiliar to everyday life or even considered to be dangerous. When people do not know the loving and merciful God, what is left, is a punishing and a very limited picture of the Christian faith”, argued Räsänen.

“I am accused of criminal agitation against a minority group, and this crime carries the sentence of a fine or imprisonment for a maximum of two years” but “more alarming is the possible demand for censorship: an order to remove my Bible related social media postings or a ban on the publication of my writings. A true problem is that already the whole process, even without any punishments yet, has caused self-censorship among the Bible-believing Christians”.

She also underlined that aim of mentioning the Biblical text of Romans 1:24-27 was to criticise the leadership of the Luterhan Church, “not any minority”. “I myself considered even resigning from the majority church. When praying, I was however convinced that it was better to try to wake up the sleeping ones, not to jump out of a sinking boat”, she pointed out.

“Everyone should be free to express their deeply held beliefs”

“At the trial, the prosecutor targeted the core doctrine of Christianity”. According to accusation, “you cannot make a distinction between the person’s identity and his or her action. If you condemn the act, you also condemn the human being and regard him or her as inferior. Here, the prosecutor tries to deny the core message of the Bible: the teaching of law and gospel. Jesus condemned the sin, but loved the sinners. No-one’s human dignity decreases because of sin. The prosecutor’s thought is also unfamiliar to the rule of law. Even the most notorious criminals do not lose their human rights or human dignity if they get a punishment for their deeds”, Räsänen said.

“It is absolutely vital that Christians have the liberty to teach and speak about God’s Holy Word also at those times when Christianity and the values that derive from it go against the tide and challenge the current ethos and thinking. Everyone should be free to express their deeply held beliefs about important issues without fear of censorship or criminal sanction”, the speaker stressed.

Hopeful to win the case

Towards the end of her participation, she added that hopes to be acquitted. “I wait for it with a calm and hopeful mind. I am hopeful to win the case. But even if I do not win, I think this whole chain of events is part of my calling”. She added that “it is likely that this will be a process of several years” and that it could end in the European Court of Human Rights.

“The early Christians did not renounce their faith in lions’ caves, why should I then renounce my faith in a court room. I believe it is my calling and honor to defend the foundational rights and freedoms at this point of my life”.

Räsänen expressed her thankfulness for the international messages of support received throughout the court process and for the prayers of Christians in many countries.

”The decision of the court will be a significant precedent that will have an impact on the legislation in Europe”, she concluded.

Spanish EA: “We have witnessed a historic speech”

Päivi Räsänen’s speech was followed by a roundtable with Xesús Manuel Suárez, Vice President of the Spanish Evangelical Alliance and chair of its Public Life working group, the president of the media group of the Alliance Areópago Protestante, Pedro Tarquis, and the director of Evangelical Focus, Joel Forster, who has closely followed the case around Räsänen since the first news erupted in 2019.

Suárez said he felt “we have witnessed a historic speech. Preaching the gospel is preaching freedom. We have to return to freedom, and we have to do it with a discourse of our own as Christians. For that, we have to train our young people. We even might have to teach again our youth to defend forbidden ideas”, he stated, which could include “civil disobedience”.

In a similar tine, Tarquis said there was at times “an obsession of the states to impose one specific way of understanding education”, and pointed to initiatives started by the Spanish Evangelical Alliance such as the Forum of Elah, which aim to defend the freedom of all people and citizens.

Asked about the politicised use of Christian ideas, Suárez said that “this is not a battle between the left and the right”. “In the past, in Spain we were beaten by the right: national-Catholicism. Today it is the left. But both then and now, there is a Trento mentality, and this has to do with totalitarian spirit that is deeply established in our land. It is a question of the soul. This is why it is key for us Christians to develop a thinking of our own”, he explained.

Projects of the Spanish Evangelical Alliance

The second part of the General Assembly of Idea 2022 counted with short reports from the 13 working groups of the Alliance (including infancy, solidarity, theology, missions, woman, among others), as well as information of the financial situation and the outcome of the votes of members, who supported the re-election of Marcos Zapata as President of the Alliance and Daniel Oval as board member. (the detailed work of the AEE in 2021 can be downloaded here, Spanish).

The speech of Päivi Räsänen at Idea 2022 will soon be made available on diverse patforms, including Evangelical Focus.

Published in: Evangelical Focus - europe - “The battle between values is fought with new interpretations of concepts like love, freedom and equality”