European evangelicals condemn Russian invasion of Ukraine: “No justification” for “death and chaos” 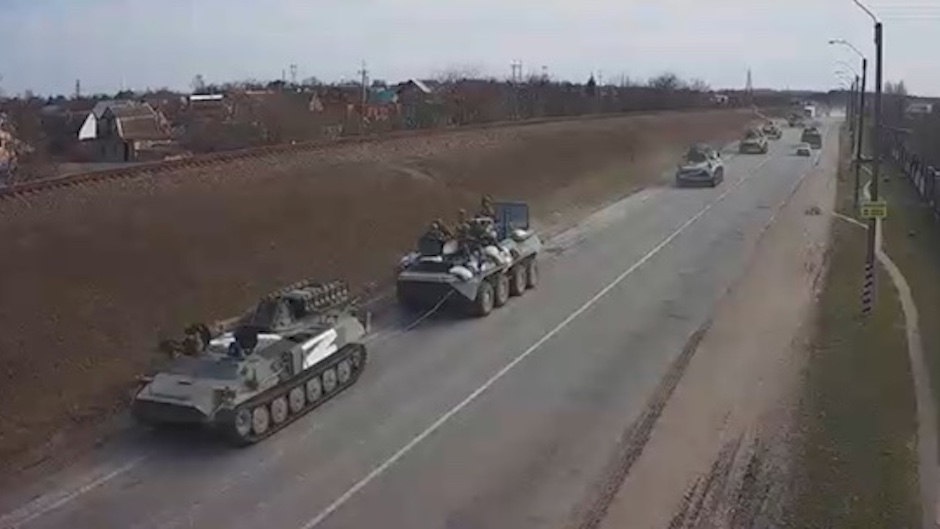 Evangelical Alliances, church groups and leaders of Christian organisations in Europe are expressing their condemnation of the invasion of Russian troops and the deathly attacks targeting cities such as Kyiv, Kharkov and Krematorsk.

After a speech early on 24 February in which Russian President Vladimir Putin said Russia would “de-militarise and de-Nazify” Ukraine, airports and other strategic infrastructures were targeted by missiles. On the ground, Russian troops and heavy war machines invaded the Ukrainian borders from the north (Belarus), the east (rebel-held regions) and the south (Crimea).

Ukrainian troops responded to the attacks and both countries have acknowledged the death of several dozens soldiers in the first hours of the total conflict. President Volodymyr Zelensky has called to resist against the “full-scale invasion” as air-ride alarms were heard in cities across Ukraine. Long queues of cars leaving Kyiv were seen in the early hours of 24 February.

Ukraine has broken all diplomatic relations with Russia and has declared martial law. Neighbouring countries Moldova and Lithuania have decreed a state of emergency.

The European Union, through her leaders Ursula von der Leyen and Charles Michel condemned the aggression of Russia and described the situation as the worst armed conflict in the continent since World War II. Prime Ministers and heads of state of the European Union planned to meet on the evening of 24 February to agree strong sanctions against Vladimir Putin and the Russian socio-political elite.

United States President Joe Biden condemned the “premeditated war” and lamented the “catastrophic loss of life”. Meanwhile, leaders like the Chinese President Xi Jinping seemed to avoid to take a clear position in the conflict. Putin earlier warned that Russia would respond against any country that would send troops to defend Ukraine.

People praying on the streets

Media have shown groups of people praying circles on the street. Many others have sought for shelter in metro stations.

The Baptist Evangelical Union of Ukraine exhorted to “continue and intensify in prayers”, because “this is our weapon in times of war”.

Christian broadcaster New Life Radio, based in Odessa (southern Ukraine), told Evangelical Focus that staff "watched Russian missiles fly by their house into military targets on the outskirts of Odessa". The team was taking actions to save the programming and hide some key equipment "in case the radio station was raided and broadcasts stopped", they said.

The European Evangelical Alliance, representing 23 million evangelical Christians in Europe, has said it “condemns all attacks upon Ukraine”. Its General Secretary, Thomas Bucher, said: “We see no justification for these actions and are deeply distressed by the death, destruction, chaos and misery that will result”.

The EEA says “the invasion of Ukraine is both unjustified and unprovoked. It has been claimed that the attack is necessary to protect ethnic Russians within Ukraine and to stop Ukraine from threatening Russia. These claims are untrue. This disaster has been provoked into being by President Putin for wider geopolitical purposes”.

The European Evangelical body “calls upon Christians to pray for all who suffer and for those who have the power to save lives, bring humanitarian aid and protection. And let’s pray for all those with the power to stop the war and to bring about long term peace”.

Thoms Schirrmacher, Secretary General of the World Evangelical Alliance, added: “We also call on the global Christian community to pray for peace in Ukraine. Europe has witnessed the horrors of war in the past and has learned that armed conflict and military occupation only bring suffering and devastating.”

In Russia, the Secretary General of the Russian Evangelical Alliance, Vitaly Vlasenko, expressed its rejection of the war and explicitly supported an earlier declaration by the Ukraine Council of Churches (a large inter-faith group chaired by the Hryhorii Komendant, President of the Ukrainian Bible Society), which had written to Vladimir Putin saying “aggressive war is a great crime against the Almighty God”. The Russian Evangelical Alliance asked President Vladimir Putin to “consider peacemaking initiatives” such as those offered by the Ukrainian Council of Churches.

“All Evangelical Christians pray every day and ask the Almighty to give wisdom to all, to preserve the fragile peace and not to plunge our countries into fratricidal conflict”, Vlasenko said.

The Lausanne Movement Europe team called for an hour of prayer on 24 February at 7pm CET, saying: “Today’s news from Ukraine is just heart-breaking and our natural response as Christians is to cry out to God for mercy, justice, and peace. Let’s join together in prayer from across Europe to pray for Ukraine, for Russia, and for our continent. Pray with us from wherever you are that God would restrain evil and restore peace”.

The Czech Evangelical Alliance said in a statement that Vladimir Putin “is and will never be a defender of Christian values”, an prayed that “one day allow Ukraine and Russia to live together without tension as two sovereign nations”.

The Spanish Evangelical Alliance said it fully identified with the EEA statement, and the Federation of Evangelical Entities in Spain added: “We denounce that, in addition to being a violation of international law, Russia’s military aggression against Ukraine is, from an ethical perspective, illegitimate and immoral”.