Funeral of Elizabeth II: “The Queen’s service had its foundation in her following Christ, God himself”

The highlights of the memorial service at Westminster Abbey were the readings of the Bible, the hymns sung by the choir, and the Christ-centered message of Archbishop Justin Welby. 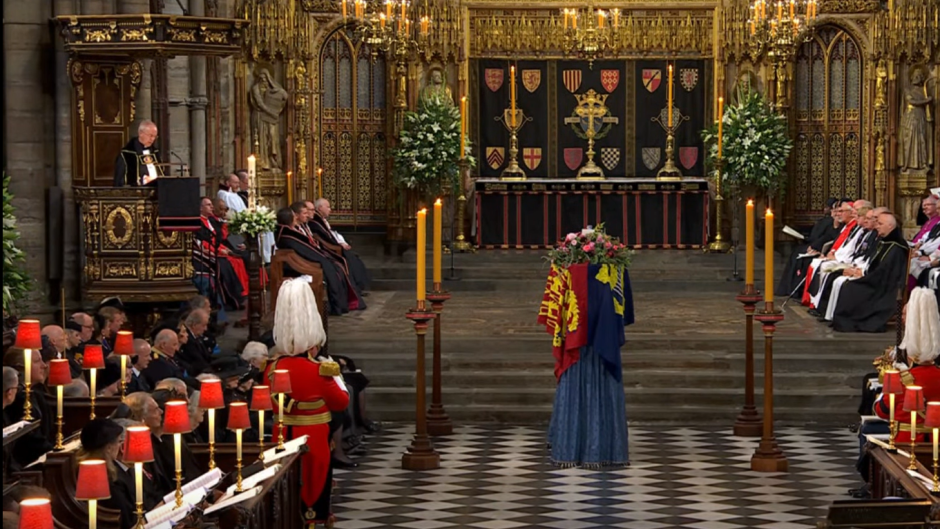 Archbishop of Canterbury Justin Welby during the funeral. / BBC screenshot.

The funeral of Queen Elisabeth II took place at the Westminster Abbey 10 days after her death, with the presence of kings, presidents and other authorities Europe and the rest of the world, and followed by millions worldwide.

It was led by the Archbishop of Canterbury Justin Welby, who recalled that “the Queen’s service had its foundation in her following Christ, God himself”.

“The grief of this day – felt not only by the late Queen’s family but all round the nation, Commonwealth and the world – arises from her abundant life and loving service, now gone from us”, added Welby.

The Archbishop stressed that “we will all face the merciful judgement of God: we can all share the Queen’s hope which in life and death inspired her servant leadership. All who follow the Queen’s example, and inspiration of trust and faith in God, can with her say: We will meet again”.

He also called on “to pray especially for all her family, including so many families round the world who have themselves lost someone recently - but in this family’s case doing so in the brightest spotlight”.

Several scriptures were read while the coffin was moving through the Abbey, such as John 11, Job 19. Afterwards, the first lesson was 1 Corinthians, 15 and Psalm 42 and the second lesson was John 14.

The Prime Minister of the UK, Liz Truss also read a Bible text during the funeral.

“Whilst the world watches on the message of hope was so clear, challenging & profound. Praying it’s impacted millions. What a tribute to the Queen”, underlined Calver.

What an absolutely outstanding Gospel message from @JustinWelby. Whilst the world watches on the message of hope was so clear, challenging & profound. Praying it’s impacted millions. What a tribute to the Queen. Now looking forward to all the world’s leaders singing the below… pic.twitter.com/VogYhpc7zd

“On earth it seems so right to honour her for her extraordinary life of service. In heaven her gaze will be only upon him who laid down his life for her”, said Virgo about the Queen.

You can see the whole funeral here.

Published in: Evangelical Focus - europe - Funeral of Elizabeth II: “The Queen’s service had its foundation in her following Christ, God himself”