Theologically conservative groups see the proposals “illogical” and a “Trojan horse” that will lead to future changes in the doctrine of marriage. Politicians accuse the leadership of the Anglican Church of “homophobia”. 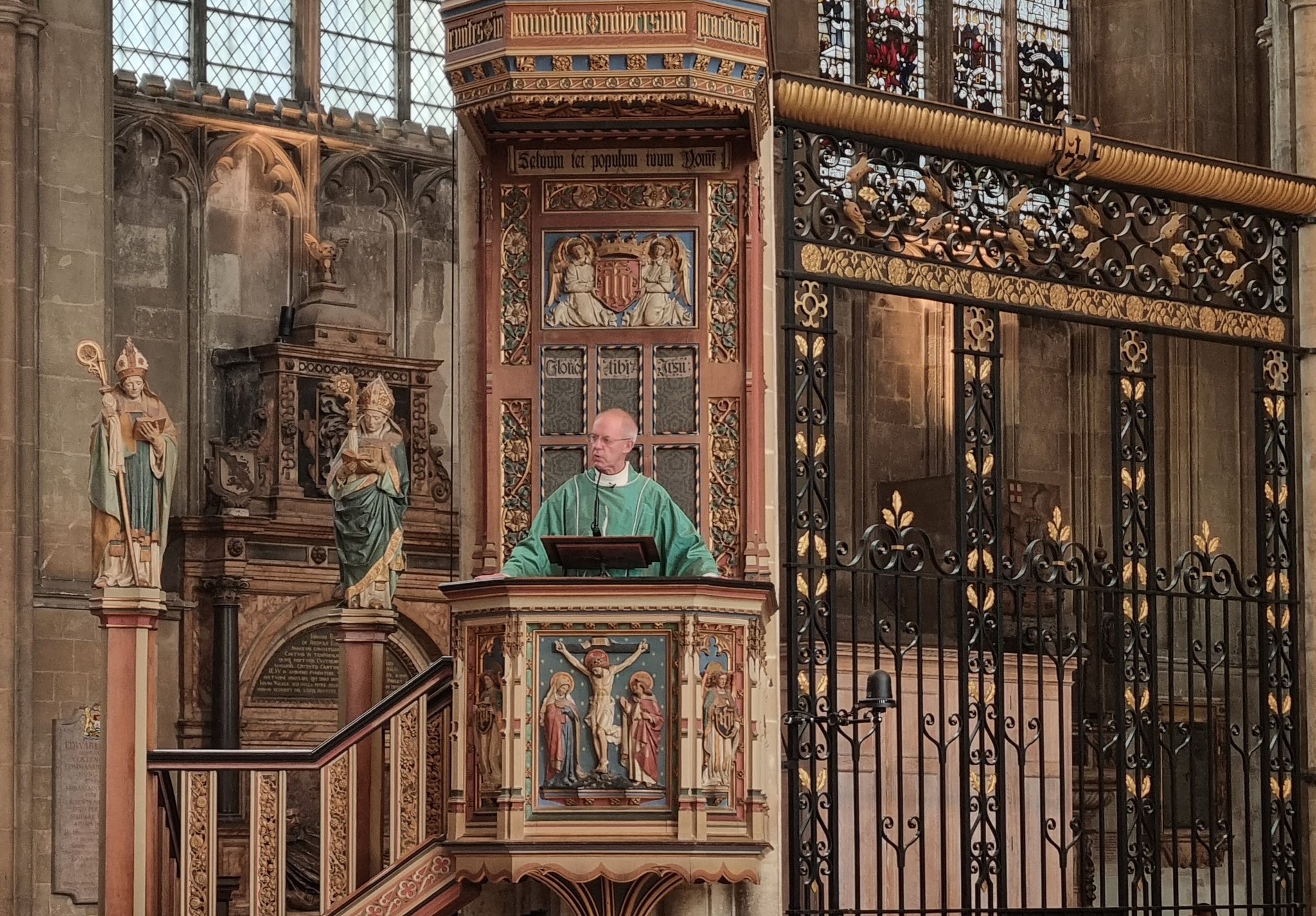 Justin Welbym, Archbishop of Canterbury and leader of the Church of England. / Photo: Twitter Justin Welby.

As the Church of England announced on 18 January its decision on same-sex couples on Wednesday, the head of the Anglican church, Archbishop Justin Welby, foretold that the decision of keeping the Christian doctrine of heterosexual marriage but blessing homosexual civil unions would not welcomed by many.

“I am under no illusions that what we are proposing today will appear to go too far for some and not nearly far enough for others, but it is my hope that what we have agreed will be received in a spirit of generosity, seeking the common good”, Welby said in the press release that announced the decision.

The reactions in the first 24 hours have confirmed what the leader of the Church of England expected.

On the more evangelical or theologically conservative side of the Anglican Church, there has been a feeling of disappointment. John Dunnett, a spokesman of the Church of England Evangelical Council (CEEC), said that, while “grateful that the House of Bishops seem to be indicating they don’t wish to change the doctrine of marriage”, the proposals such as prayers and blessings of gay unions could be become a “Trojan horse” for doctrinal changes on the fundamental Christian doctrines in the future.

A similar view had Anglican Futures, another group defending the authority of Scripture in the teaching inside the Church of England. The agreement made public by the bishops was “lamentable because it denies the gospel and will please no one”, they said, because “offering prayers of blessing to those in same-sex marriages, while claiming to maintain the doctrine Holy Matrimony as a marriage between one man and one woman for life is illogical”.

Another group which defends the traditional Christian doctrine of marriage, the Church Society, said that while “sincere and specific apologies should be given to specific individuals” who have suffered when the church “has fallen short of standards demanded of us by God’s word”, Christians “cannot apologise for following Christ and proclaiming his Word, as if that was not somehow the best way for us all to live”.

Gafcon, the global evangelical movement inside the Anglican Church on a international level, also lamented the move towards blessing homosexual unions in church. “Once again, our Western Anglican Provinces continue to ‘go their own way’ on matters of faith and practice without consultation or concern for the majority of Anglicans around the Global Communion”, wrote its chair, Foley Beach.

Actions like the decision taken by the Church of England “not only deny holy practice, but reject the authority of scripture, the teaching of the historic Church, and the consensus of the Body of Christ from every tribe, tongue, people and nation alive today”, the Gafcon representative lamented.

On the other side of the debate, representatives of liberal and progressive theology and practice in the Church of England were even harsher in their critique.

One of its most prominent voices, member of the General Synod's Laity House and LGBT campaigner Jayne Ozanne, said the measures announced were an “utterly despicable outcome”.

“We have had countless apologies over the years but no action to stop the harmful discrimination”, she added on Twitter. “It’s insulting to all who trusted the process”.

Speaking to the news website Church Times, she added that LGBT people would remain “second class and discriminated against, even with this really small concession”.

Another influential figure, the Nigel Pietroni, chair of the Campaign for Equal Marriage, said that “apologies” (referring to an official apology to LGBT people for the harm done in the past by the Church of England to be made public tomorrow) “only actually mean anything if the person or institution offering it changes their behaviour”.

“Our relationships are not considered as equal to those of heterosexual couples”, Pietroni added.

The Bishop of Oxford, Steven Croft, who is a member of the College of Bishops, said he was “disappointed that we are not travelling the whole distance that some of us wanted to travel” but added that it was a “a good step forward (…) It will correct some injustices, and offer a tangible public service that wasn’t available before”.

Another liberal bishop, John Inge from Worcester, said that “though it does not go as far as some of us would have liked, it is a huge step forward”.

Others outside the Anglican structures also commented on the move of the Church of England, the biggest Christian denomination in England and therefore often seen as the representative of Christianity in the country.

Peter Lynas of the Evangelical Alliance United Kingdom (EAUK) said: “There are reports the CoE is going to re-affirm its long held commitment to marriage between a man and a woman. Hopefully there will be clarity and a conclusion to this process. The message also needs to be consistent - you can’t bless something you don’t recognise”.

He added: “Compassion for those who choose to live differently can be held alongside convictions about marriage. We can celebrate marriage between a man and a woman while acknowledging that our culture takes a different view and is entitled to do so”.

A harder tone had the advocacy group Christian Concern, whose cief executive Andrea Williams described the move as a “capitulation by the Church of England. The bishops have lost the courage and conviction to state clearly the beauty of God’s vision for marriage between one man and one woman”. The Anglican Church in the country would be “making way for the celebration of ‘same-sex marriage’ in all but name (…) This is a landmark moment and will go down in history as a turning point in the decline and fall of the Church of England – unless these proposals can be decisively resisted by the faithful in Synod”.

Parliamentarians against the “bigoted” Church

Also Members of the UK Parliament came out to comment on the issue, most of them in a negative tone.

The Shadow Secretary for Justice (the person in charge of Justice affairs in the main opposition party, Labour), Steven Reed, wrote on Twitter that it was “unacceptable for the established church to continue pandering to ancient bigotry — a faith that professes love should embrace loyal, loving and committed relationships that increase the sum of human happiness just as public opinion and the law have done”.

Harsh were also the words of parliamentarian Ben Bradshaw (Labour Party) who, according to Church Times, said he was “dismayed” by the fact that the College of Bishops had not changed their doctrine on marriage, adding that the Church of England had “confirmed its status as an institutionally homophobic organisation”. He went as far as to warn about “potentially enormous constitutional repercussions”.

Also the leader of the Conservative Party in the Lower House of the UK parliament, Penny Mourdaunt, has put pressure on the Church of England, asking in an open letter that bishops would “back reform, allowing parishes and clergy to conduct weddings for same sex couples or, at a minimum, enable authorized blessings”. “I want all my constituents and others to be able to have the right to have their relationships solemnised in their local parish in England”, said the second most influential Conservative party figure after the Prime Minister Rihsi Sunak.

Published in: Evangelical Focus - europe - Both evangelicals and liberals express disappointment over Church of England decision on blessing same-sex couples