EU court: all countries must abide by the refugee quota system

Slovakia and Hungary had challenged the scheme arguing the arrival of asylum seekers is a threat to their societies. 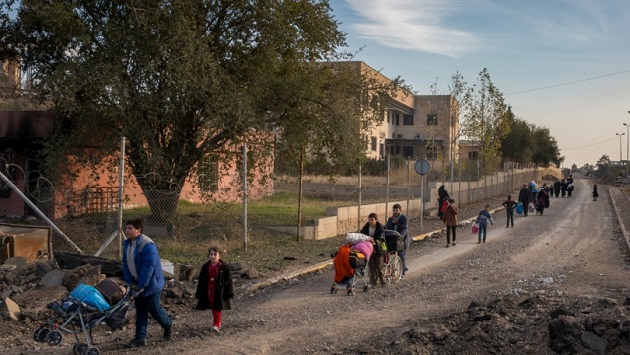 The European Union member states must accomplish the agreement reached in September 2015 to relocate 160,000 asylum seekers.

After two years, only 28,000 refugees have been relocated through this system.

The European Court of Justice rejected a challenge to the refugee quota system by Hungary and Slovakia. The court insisted in the fact that the scheme was binding for all the member states, regardless of whether they had voted for it or not.

“That mechanism actually contributes to enabling Greece and Italy to deal with the impact of the 2015 migration crisis and is proportionate”, the court said.

Slovakia, the Czech Republic, Romania, Poland and Hungary had argued the mandatory system to redistribute asylum seekers violated their national sovereignty and was a threat to their societies.

Hungary has not accepted one single asylum seeker through this system. Its government, said it would only open doors to asylum seekers with a Christian faith.

Meanwhile, believers in Hungary formed a coalition to “give a real Christian response” to the crisis.

In addition, expert Paul Sydnor told Evangelical Focus that the detentions centers in Hungary for illegal migrants only “re-traumatize people” and “cost a lot of money”.

“People have the right to make an asylum application and to be considered” in any European country, Sydnor said.

Published in: Evangelical Focus - europe - EU court: all countries must abide by the refugee quota system