Around 5,300 march for life in Berlin

“Welcoming every child, supporting every woman” was one of the messages. 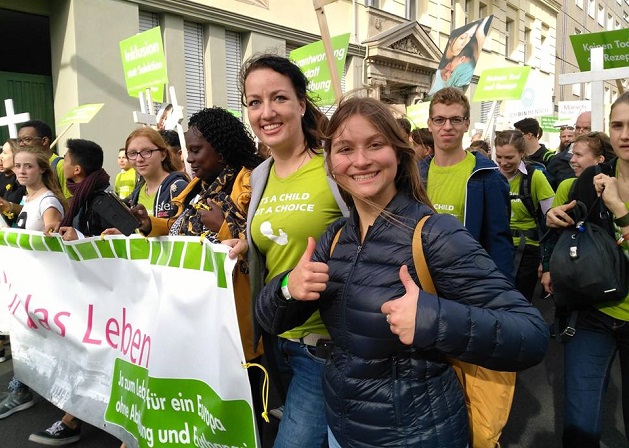 Participants of the march for life in Berlin. / Marsch für das Leben Facebook

About 5,300 people marched through the centre of Berlin (Germany) to defend life and “make history” helping to put an end to a culture of abortion.

The annual march for life is based on the motto “Welcoming every child, supporting every woman”. Many young people were involved in a gathering where shirts with messages like “It’s a child, not a choice” were seen.

Leaders of Christian churches and organisations, as well as political leaders took part in the event. “We are showing a great sign for the future today, with a big pro-life demonstration including different political parties and all generations”, said Alexandra Linder, of the German Right to Live Union.

The right to a good information for pregnant women was one of the main talking points at the gathering. A mother from Uganda, a father from Israel and a counsellor with a long experience, expressed that mothers in tough times need empathy, time, support and helpful guides, instead of information about abortion.

The organisation said that “the pro-life movement in Germany is growing; people see that there a positive position towards the lives of all people in our society is very much needed”.

As it happened in Switzerland recently, police officers had to protect the participants of the march for life because radical pro-abortion activists organised a counter-protest. Around 1,000 held signs calling to “bring down” the ideas of pro-life groups and sang chants to offend the beliefs of Christians. The protest was organised, among others, by the Union for Sexual Self-Determination.

Published in: Evangelical Focus - europe - Around 5,300 march for life in Berlin