With the new legislation, the state is implementing strong restrictions over international donations for religious purposes, and is placing itself in a position to control the training and the activities of ecclesiastic ministers. 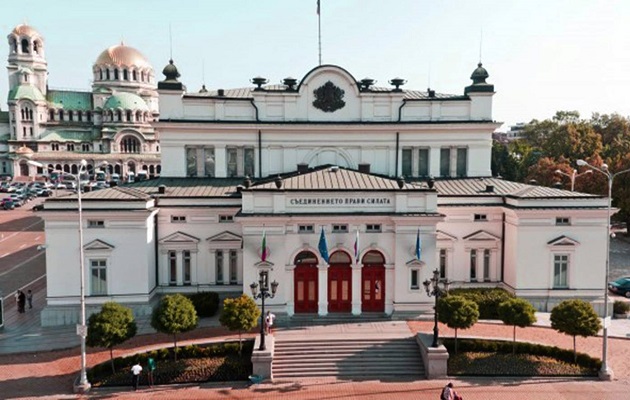 The Bulgarian Parliament in Sophia, with the Eastern Orthodox cathedral Alexander Nevski in the background. / CC0, public domain

On October 4, 2018, the parliament of Bulgaria gave a green light at first reading to proposed modifications of the nation’s legislature on religions.

Two separate documents were drafted earlier this year in May, and have triggered a hurricane of protests among all religious communities in the country, including the Eastern Orthodox Holy Synod, the Muslim religion, all Protestant denominations, the Armenian community, the Jewish community, and the Apostolic Nunciature of the Catholic Church.

Literally no religious community has expressed agreement with the proposed changes. Statements of protest were submitted by a number of Protestant denominations, by the Evangelical Alliance of Bulgaria, by the National Council of Religious Communities in Bulgaria, as well as dozens of civil rights NGOs.

With the new legislation, the state is implementing strong restrictions over international donations for religious purposes, and is placing itself in a position to control the training and the activities of ecclesiastic ministers. The proposed changes place the secular government in a position to literally control ecclesiastical matters and influence religious life:

Smaller religions deemed insignificant? The fist bill, supported by the three largest political parties, treats religious groups as if they were political entities. The document insists on measuring the significance of existing denominations according to a national census held in 2011. No explanation is given for the selection of the one-percent threshold; it seems completely arbitrary and discriminative. It also imposes political imperatives for measuring support and significance of denominational size. In addition, the 2011 census was never announced to serve such a purpose.

Smaller religions: threat to national security? The documents indirectly imply that smaller religious groups pose a threat to the national security. The second bill insists that Bulgarian citizens should be able to carry out liturgical activity only when they have completed their education in Bulgaria or when their foreign diploma is recognized by governmental competent institutions.

Terrorism threat countered with a religious law? The stated intention of the MPs has been to eliminate opportunities for radicalization on a religious basis. Even though as a EU member, Bulgaria possesses sufficient legislature against the challenges of contemporary terrorist groups, three large political parties of completely various political agenda have now decided to counter terrorism via a religious law. By far, such a move would burden the Committee of Religious Affairs with tasks to assess terrorism threats without any clear guidelines or even competencies how to do that.

Theological training severely limited? According to the first bill, the right to open spiritual schools and train denominational ministers would be given only to the Orthodox and Muslim faiths. All other religious groups, discriminated due to a low number of self-identified followers according to a 2011 national census, will not be allowed to open their own institutions for clergy training. Issuing academic certificates to theology students will be prohibited for all smaller denominations.

Restrictions on non-Bulgarian clergy? Both draft laws install heavy restrictions for foreigners to perform religious duties in the country. The only way a foreigner (a missionary, a preacher, a teacher, an evangelist, etc.) could conduct a worship service or preach a sermon would be if he is doing it jointly with a Bulgarian ordained minister.

State controlled filter for international donations? The only way donations will be allowed from outside of Bulgaria is if they meet two requirements: the purpose of the funding can only be towards building construction or towards social aid; the donation itself will need a preliminary permission issued by the state Committee of Religious Affairs. In other words, no foreign sponsorship will be allowed for operation of Christian-run medical centers, for educational activity, for publishing literature, for cultural events, for small business, for volunteer initiatives, etc. In addition, absolutely no competencies have been described for the Religious Affairs Committee to decide which donations can be allowed into the country.

Interference of State into religious affairs? The government has committed to allocating 15 million BGN (about €7.5m) annually out of its secular budget to pay monthly wages to Orthodox priests and Muslim imams. By intending to control donations, to interfere with theological education and to install state regulations on issues of clergy responsibilities, the Bulgarian state is wrongly assuming power into the internal life of religious communities. Almost every single article in the newly proposed bill erroneously and unfairly claims political authority over religious life. Whatever happened to Church/State separation? 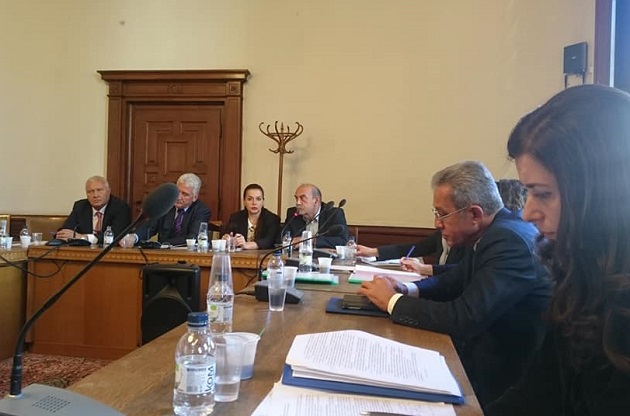 At this backdrop, prime minister Boyko Borisov held official meetings with Eastern Orthodox patriarch Neofit and chief Muslim mufti Mustafa Hadji. The mufti insisted that the Religious Denominations Act should set a lower limit of funding in order to ensure the salaries of Muslim clergy. The patriarch voiced disagreements with the new bill, including fears of violation of church autonomy. He strongly insisted that church life should be governed exclusively by its own canons. He also disagreed with the notion of religious radicalism.

In an attempt to soothe the objections of the two large religions crossing the one-percent threshold, Bulgarian prime minister Borisov assured the patriarch and the mufti that from now on the national budget would be paying all salaries of Orthodox and Muslim clergy equalizing them to the monthly wages of public school teachers. Both religions seem to be happy with this development (even though the Holy Synod issued a statement objecting much of the new legal introductions).

After the bill drafts were voted in at first reading in parliament, there was a period for possible objections and discussions before drafting the final law. The period ends on November 16, 2018.

In the meantime, the chairman of the state Committee of Religious Affairs Krasimir Velchev penned out a unified draft of the two proposed acts, and submitted it as an attempt to assemble them into one final document. The so called “joint law” combines articles from the other two modifications, and was deposited on Friday, October 19.

Dissatisfied with these developments, Protestant communities in Bulgaria are now considering a series of actions. On top of an urgent call to prayer against the new state policy of interference into church affairs, the Bulgarian Evangelical Alliance (BEA) also insisted on being invited into the committee discussing the amended articles on the law. 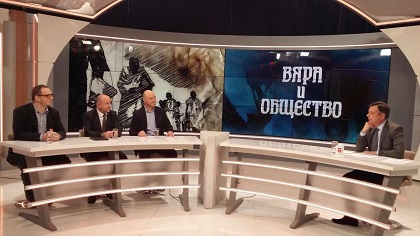 BEA president pastor Rumen Bordjiev went live on national TV expressing strong disagreements for the new legal formulas; while BEA secretary Greta Ganeva was nominated to sit at the discussion table in parliament evaluating the new bill. The Evangelical Alliance has also demanded a special meeting with the country’s prime minister Mr. Borisov in order to express an explicit refusal to agree with such an intervention of the government into religious affairs.

In addition, a number of Evangelical denominational leaders are meeting on Wednesday, October 24, in order to coin out a strategy of civil remonstrance. Various NGOs are also considering joining efforts and possibly even taking legal actions, led by the unanimous opinion that the new law is discriminatory, anti-constitutional and unjust.