Evangelicals analyse the biggest demonstrations in the Czech Republic since the Velvet Revolution. Prime Minister Andrej Babis remains in power after surviving a parliament no-confidence vote. 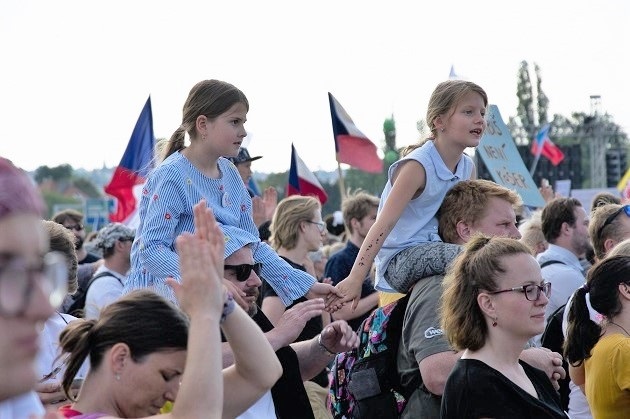 Hundreds of thousands took the streets last weekend in Prague to demand the resignation of the Czech Prime Minister, but Andrej Babis survived a no-confidence vote only days later.

The massive #Letna protests have been the biggest in 30 years. The citizens movement accuses the head of the government of fraud and illegally profiting from European Union funds. More than 400,000 have already signed a petition to demand his resignation.

“We’ve had enough!” and “Shame, shame, shame” were some of the chants heard as people of all ages gathered in the capital city. 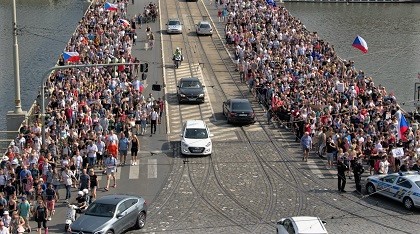 “I JOINED THE PROTESTS WITH A GROUP OF CHRISTIAN FRIENDS”

Jozef, a Czech evangelical Christian told Evangelical Focus: “I joined the Sunday demonstration in Prague with group of Christian friends. I know about many other friends (Christians and non-Christians) who were there or who supported the gathering from home”.

The scale of the masses were impressive, as aerial images shared on social media show. “Despite hot sunny weather people stayed for almost 3 hours. There were people of all ages and many families with children as well”, Jozef explains.

This is what an angry crowd sounds like#Prague #Letna #Letna2019 pic.twitter.com/GBGcoAooZ5

According to this member of an evangelical church, demonstrators expressed that they are “fed up with” the Prime Minister’s “huge conflict of interests - as politician, businessman and owner of media at the same time”.

“People also don’t like his arrogance and pretended naivety, because he always repeats that he doesn't understand what is the problem”. 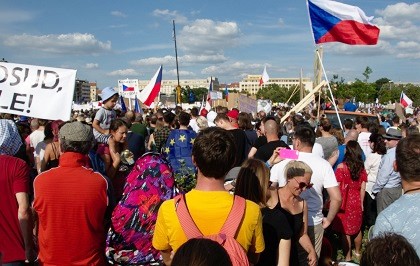 The Prime Minister has gone as far as describing the investigations against his businesses as “an attack against the Czech Republic”. This should not be acceptable, says Jozef: “Every legitimate concern against his conflict of interest is labelled by him as bad campaign against him”.

MINÁR: AN EVANGELICAL LEADING THE PROTESTS

Christians have also been instrumental in previous anti-corruption protests, says Jiri Unger, the head of the Czech Evangelical Alliance.

Mikulás Minár, “the main voice and leader of the association called Million Moments for Democracy”, Unger told Evangelical Focus, was one of the people who the “initiated these series of protests, and is a member of the Evangelical Free Church (Církev bratrská)”. 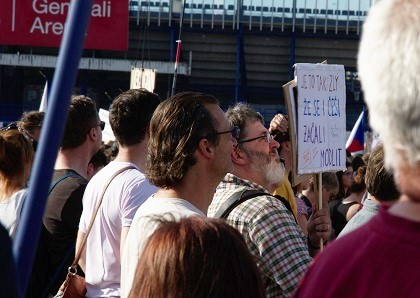 Others, “including former dissident and current Catholic bishop Václav Maly”, have also been key figures in the demonstrations.

Millionaire and former Communist leader Babis won the 2017 elections with 30% of the vote. Has he now lost the support of all Czechs?

“Generally there is a big divide in society between two camps”, says Unger.

“One part sees politics as based on values and integrity, and the other that prefers pragmatic approach based on disillusionment from massive corruption in society and politics in the 90s and the first decade of the 21st century”, the leader of the evangelical body adds. 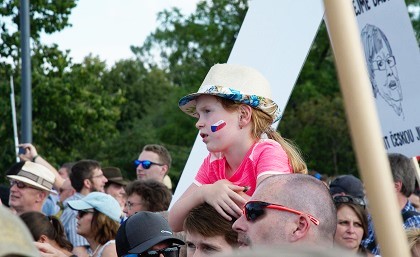 Another massive protest is “planned for 16th November, the day before 30th anniversary of the Velvet Revolution”. Nobody is sure what changes could happen over the summer, but “protests will likely continue” in the next weeks.