“Spain faces ethical dilemmas due to the coronavirus crisis”

The Spanish Evangelical Alliance analyses the challenges and decisions happening in the areas of medicine, economy and social justice in the face of the Covid-19 pandemic. 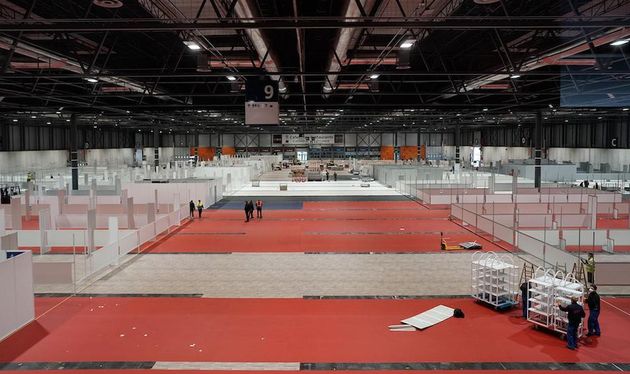 The coronavirus pandemic poses an unprecedented challenge to the world in recent years. In this difficult context, the Spanish Evangelical Alliance (AEE) has released a statement addressing the need to reflect in depth on the social and ethical model of Spain.

It is a time of “challenges and decisions”, the AAE says, firstly for the health workers, who must “resolve who should be admitted to the ICU in a situation in which there are more patients who need that assistance than beds available”.

An “ethical dilemma in which any scale of priorities must start from humanitarian, scientific and politically rational ethical criteria. These must also be clearly explained, involving the population in the decisions”.

THE DANGERS OF AN “ECONOMISTIC WORLDVIEW”

Now that the medical resources are scarce in Spain (“our amount of ICU beds is comparatively low compared to other countries in the Euro zone”), “are we willing to pay that price” of reinforcing an investment in this area now and in the future?, the AEE wonders.

“Everything depends again on the value that society gives to human life, both that of the young and that of the elderly”, they say.

According to the AEE, “evangelicals are alarmed by the economistic worldview of life of several world political leaders, who quantify the possible number of deaths only in terms of economic contrast between the cost of using resources and the effects of setbacks in the 'sacrosanct deity' of GDP and its growth”.

The evangelical entity emphasises that “people have an intrinsic value that must be above these calculations”.

SIDE EFFECTS ON FREEDOMS

Another issue addressed in the statement, is the strategy of control of the population that is being applied in different countries to combat the virus.

Those measures, driven by technological development, allow a precise monitoring of the movements of citizens, their interactions and even their readings or habits.

“Are we willing to hand over more control of our lives to the state, if in return it guarantees us greater effectiveness against the current threats? Will we give personal liberty levels in exchange for greater security?”, the AEE asks.

“Part of the answer is that it is not always a matter of all or nothing, so that the solution may be to retort: how much, until when, and under what circumstances?”, it adds.

The AEE warns that “to sell us security in exchange for giving up freedom is a fallacy. We make a call to demand efficiency from the state, as well as to claim the social responsibility of each one and defend their personal liberties”.

The Alliance criticises these nse of “improvisation” that, in its opinion, the Spanish government is transmitting in the face of the crisis.

“There was no responsible anticipation when in early March they already knew what was coming. The government irresponsibly allowed and promoted the March 8 demonstrations [in which tens of thousands took the streets in dozens of cities]. The big gathering of the political party Vox political on the same day was not responsible either. Ideology cannot prevail over the care of citizens”, the AEE underlines. Two days before this two massive events, the government had called the evangelical denomination Assemblies of God to suspend their world assembly in Madrid.

The Spanish Evangelical Alliance “supports the necessary government measures, but not as a blank check: we demand a revision of those measures to improve and correct them if necessary (…) Health policies must free itself from ideology and listen to more professional criteria”.

“We can no longer reverse all of this, but now we are at least in time to anticipate what will come after the pandemic, especially in two areas: health and economy”, the AEE says.

New data by the government revealed that March 2019 was to worst month in terms of jobs destruction in the recent history of Spain - more than 800,000 people registered in the unemeployment office.

In this scenario, the post-pandemic “will not be a time of ideological dogmas, but of solidarity and effective measures”, the AEE points out. Precise investments in measures for the recovery of families and businesses will be needed.

The Evangelical Alliance encourages all citizens to focus on the lessons the whole society will have to learn.

First, “concealment kills”, the AEE states, recalling how China tried to hide the situation that was already happening at the end of the year in the country.

Secondly, everyone has to be aware that “what I do inevitably affects others - we are caretakers of each other and it is not realistic to get rid of this responsibility saying: Am I my brother's keeper?”, as it can be read in the book of Genesis.

Finally, the disease “liquidates our social and economic differences, laminates all false assurances and relocates us all in our awareness of vulnerability. It forces us to rethink what and who is worthy of trust”.

The AEE believes that “it is time to stand by what does not move even if everything is moved: "We will not fear, though the earth gives way”. (Psalm 46: 2). “Evangelicals are not immune to the coronavirus, we are very aware of this. But nothing of what happens is beyond the care of our Father God”, the document concludes.

Read the full statement on the Covid-19 crisis by the Spanish Evangelical Alliance here.