The EKD continues to dwindle in 2013 and 2014 while free evangelical churches experience slight gains in church attendance. 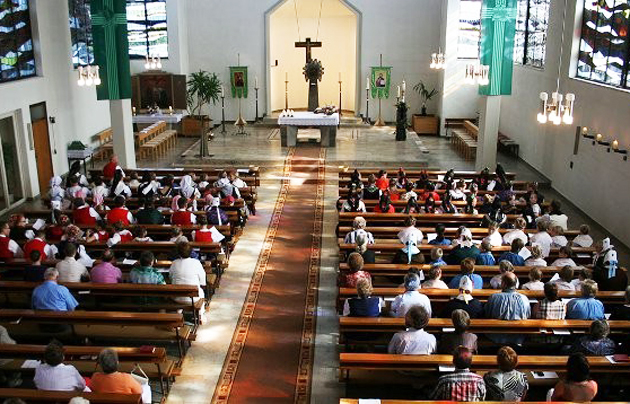 The regional churches in Germany continue to dwindle. The number of those leaving the church is increasing markedly. This emerges from the new statistics which the Evangelical Church in Germany (Evangelische Kirche in Deutschland, EKD) Church Office in Hannover has published.

According to them, the 20 regional churches had, until 31 December 2013, just over 23 million members. That was 1.4% fewer than the previous year.

The loss results from the fact that there are more deaths than infant baptisms. On the other hand, more and more Protestants are turning their backs on their churches.

The data published so far by regional churches for the year 2014 indicate that the numbers of those leaving have exceeded the 200,000 mark.

The main reason for the haemorrhage is identified by the churches as the new system of debiting church taxes directly on capital gains income**. Since 1 January, banks and insurers are withholding directly the church taxes payable on such income. 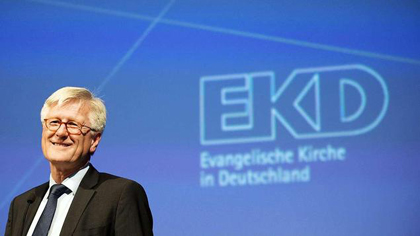 The new ruling has not been adequately communicated by the churches, is what church administrative offices are stating about the matter. They say that it is all about a more straightforward system, but not about a new tax.

According to the statistics, the 23 million regional church Protestants make up 29 per cent of the population.

In addition there are 30.2% Catholics and 2.8% other Christians (including free evangelicals).

The proportion of those not affiliated to any religion, and people of other faiths stands at 38%.

Church attendance – already at a very low level in the regional churches – has continued to decline slightly. In 2013 around 820,000 members on average attended a Sunday service – 3.2% fewer than in the preceding year. Thereby, the proportion of church attenders dropped from 3.6 to 3.5 per cent. Percentage-wise, the regional churches of Saxony (6.5%) and of Württemberg (5.2%) have the most church-goers. Bringing up the rear are the Evangelical-Lutheran Church of North Germany and the Evangelical-Lutheran Church of Oldenburg (2.4 percent each).

In contrast with EKD’s numbers, the largest German Free Church – the Federation of Free Evangelical Churches (Baptist and Brethren churches), reports a slight gain, after years of decline.

In 2014 the number of members stood at 81,930 and thereby 0.6 percent higher than the preceding year. The increase results principally from a rise in baptisms (almost 11 percent).

The Free Church rejects infant baptism. It only baptises Christians after a personal profession of faith.

The Federation of Free Evangelical Churches has, for decades, experienced steady growth, which has, however, diminished slightly in the last few years. 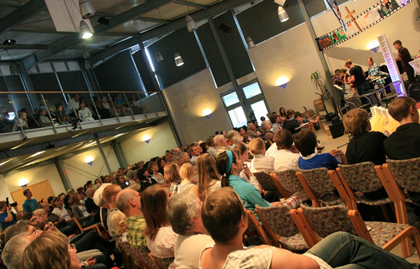 Up to 31 December 2013, the Free Church, which publishes its statistics every two years, comprised 471 congregations with 40,323 members. That was one percent more than 2011.

Before then, rates of growth, since 1989, amounted, as a rule, to between one and two percent. According to an analysis by executive director Klaus Kanwischer (Witten), the growth is based on planting churches and evangelisation.

** According to Justin Hugler in an article in the Telegraph, Compulsory income tax on Christians drives Germans away from Protestant and Catholic churches, published on 30 January 2015: “Church members in Germany are required by law to pay tax to fund church activities, which is collected by the government. Under German law, anyone who was baptised as a child is automatically a member of the church and obliged to pay the tax, charged as a percentage of their income, regardless of their beliefs or whether they attend church services. (…) The only way out of paying the tax is to make a formal declaration renouncing your membership of the church… Up to 400,000 Germans officially filed declarations to leave the Protestant and Catholic Church after a decision to extend the 8 or 9 per cent charge to capital gains income.”