Christians are humiliated at airports, body-searched as if they were criminals or traffickers, compared to terrorists. 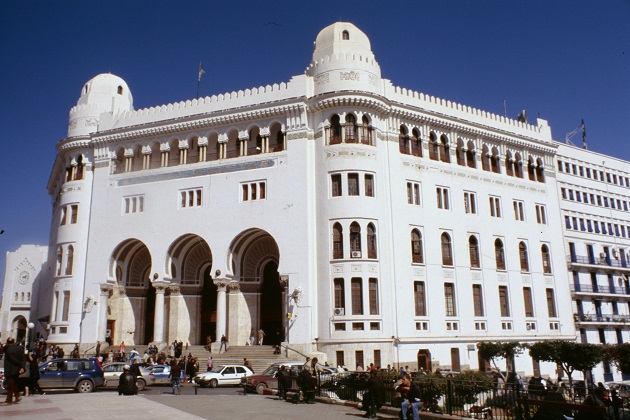 This article has been authored by an Algerian Christian. The name of the author is withheld for security reasons.

The vast majority of Algerians are Sunni Muslims. There are a few hundred Algerian Jews. The number of Christians is estimated to be 140,000. There are about 40 evangelical churches.

The Constitution of Algeria describes Islam as a fundamental component of the country’s identity. According to Article 2, Islam is the religion of the State. Article 73 specifies that only a Muslim may become President.

The Gospel returned to Algeria at the beginning of the seventies, which we call ‘the return to its source’, because North Africa enjoyed a strong Christian presence dating back to a time even before Perpetua, one of the first female martyrs for the Christian cause.

At the beginning of the 1990s, the church went public, hundreds began to attend Christian services. The churches initially were private individuals who opened their homes to welcome their friends, neighbours and family members. About 10 years later the number of converts grew, which drove people to extend their houses: now there are villas, fitted out over three floors, which hold up to 1000 people. Others 500, 300, etc.

The Christians have always lived in peace with the Muslims, even during the 1990s, years of civil war and terrorism.

Even though it does not forbid conversion as such, the order prohibits attempts to convert a Muslim to another religion or to ‘undermine the faith of a Muslim’. As a result, Christian books and handbooks are rare in the country, and Christians do not feel free to carry on them papers with any Christian content. By virtue of Order 06-03, Algerians are liable to a fine amounting to up to one million dinars (10,000 Euros) and a prison sentence of 5 years for printing, storing or distributing material designed to convert Muslims.

In 2007, after a long period of peace with Muslim neighbours and friends, persecution began: this law is like a sword over the heads of the Christians; the authorities and the government have asserted that this law was to give more freedom and protection to Christians, but Christians assert that it is a legal manipulation of words to stifle and restrict the advance of the gospel.

In 2011, the government ordered the closing down of churches, sentenced a Christian to 5 years’ imprisonment for sharing his faith with his neighbour, a young girl to 3 years because she had in her possession a few personal books about the Christian faith.

For a few years now, Christians have been threatened with prison. In February 2017, two churches were closed and sealed, two Christians were sentenced to 3 years in prison. Another Christian has been required to declare his movements, even within his province but even worse, to declare all the people whom he receives in his home. Others find themselves humiliated at airports, body-searched as if they were criminals or traffickers, Christians are compared to terrorists.

Christians find themselves beset on all sides by the authorities, who declare and have signed up to religious freedom at the Geneva Convention, but who denounce people, just because they are Christians and because they respond with a message of peace for the country.

The Christians love their country, pray for the authorities of their country.  The churches are calling for the freedom to exercise their faith and to live it out together.