The curse of Haiti

In Haiti I have perceived, more than anywhere else, that physical battles are also spiritual battles, and that visible suffering is the result of the invisible tension between the world of darkness and the light of Christ. 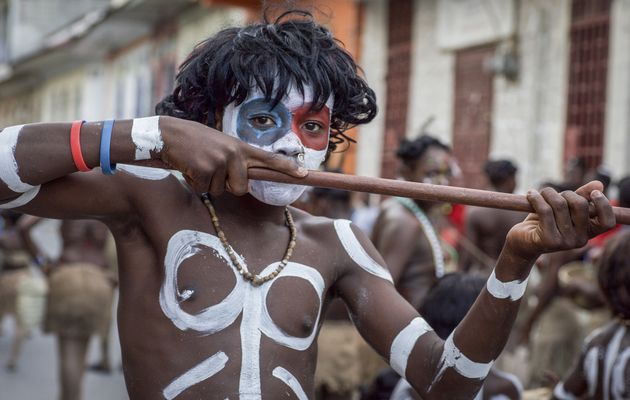 There are places in the world with which Spain has outstanding debts for centuries. One of those places is undoubtedly Haiti.

The island La Española was occupied by the Spaniards for two centuries (16th and 17th), and only a few decades were enough to cause the extinction of practically all native people of the Western settlements of the island (now Haiti)- they had become slaves and were treated brutally.

Fray Bartolomé de las Casas, famous defender of the natives who spent his first years as a Dominican missionary on the island, was a witness of all that. While he was there, he realised the contradiction between the behaviour of the Spanish conquerors, and their supposed Christian beliefs.

A few months ago, while I was in Haiti working in the children's home and school that our organization Gain has there, I decided to do a kind of “quiz” with some of the children.

One of the questions was: “What do you know about Spain?” The little ones did not know about the existance of Spain, but the older ones answered: “Sergio Ramos” [a Spanish football player] or “A beautiful country because it is called as our island”. 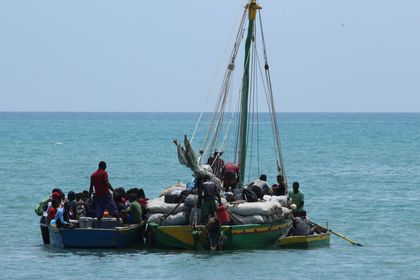 But the response of Shamael, a 16-year-old girl, was: “During the colonisation, Spaniards mistreated our people”. It was not the first time I heard this in Haiti, far from it. I almost got into trouble once for being Spanish. Five centuries later, for many Haitians, evil remains the legacy of the Spaniards.

What is sown is reaped. Evil only brings more evil. Today, Haitians are proud of being the first country in America to become independent after the United States, and to do achieve that while being slaves.

But it is well known that the history of independent Haiti is also written with blood and pagan practices linked to voodoo religion. 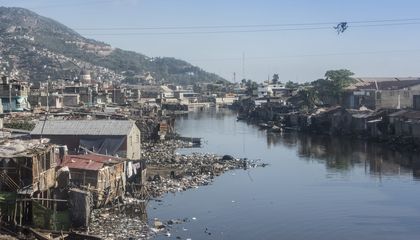 I am not going to say that Haiti is a country dominated by the devil, nor that the natural disasters that have happened to it are due to the wrath of God for being a pagan country - as many think inside and outside of Haiti. The few constructions of the first part of the 20th century that remain still standing, show that Haiti has also had times of prosperity and well-being. Nor would I consider pagan a country made up of around 70% of Christians.

When I got off the plane in Port-au-Prince for the first time in 2015, I did not notice any feeling of heaviness in the atmosphere, nor did I perceive a dark fog. Call me insensitive or not very spiritual. On the contrary, I discovered a clean air, spectacular landscapes, a blue sea I had never seen before, and a group of people generally friendly, open, smiling and nice. It is not for nothing that Haiti's second name is The Pearl of the Antilles.

In Haiti I have seen churches everywhere, and the name of Jesus written in most shops and means of transport, although much of it is pure nominalism. 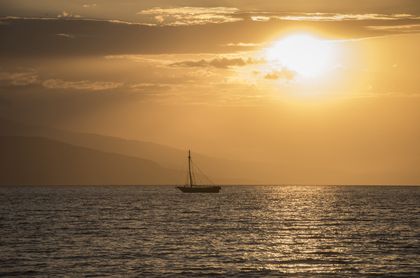 But I have also met the church, the real one, the one that is able to gather every day to praise God, the one that cares for people in dire need, despite its lack of resources and knowledge, the church that loves its people and wants to see its neighbors reconciled with Christ.

But it is also true that in Haiti I have perceived more than anywhere else that physical battles are also spiritual battles, and that visible suffering is the result of the invisible tension between the world of darkness and the light of Christ.

Haiti is currently paralyzed between barricades, outbreaks of violence and demonstrations over a serious case of corruption.

But there is a deeper reason: people's tiredness regarding poverty, inequality, social injustice and much more. On the spiritual level, we are facing a country where a large part of the population continues to practice voodoo with pride and ostentation.

When evil is sown, evil is reaped. On the physical level, Spain (and France) sowed violence and suffering. On the spiritual level, I don't know what was sown, but certainly not the Gospel we find in the Bible. 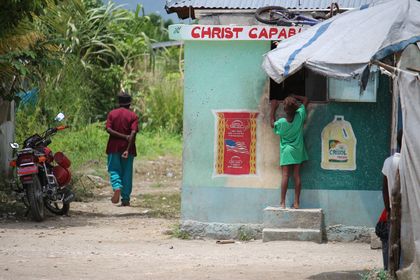 Maybe the fuse that the Spaniards lit in Haiti and the French fanned, has not faded yet.

But then, how does the fuse of evil turn out in a place like Haiti? Sowing good. And when we do it from the churches, we are doing it the right way, because we know the two sides of the coin, the physical and the spiritual, the visible and the invisible.

Of course, the churches of Haiti are the ones that have to take responsibility, and I am sure that many understand that responsibility in a way aligned with the heart of God.

But how wonderful to know that God has conceived His church as a body in which we all need everyone.

Paul's words in 1 Corinthians 12 explains something that is more than evident. Haitian churches will not be able to carry out the mission that God has prepared for them on their own.

They can only carry it out, first of all, remaining in Christ, but then receiving from other churches what they do not have.

I do know that in Haiti, as in other places, there was a fuse of evil and suffering lit by Spaniards. And who better than Spanish disciples of Jesus to support Haitian disciples of Jesus in their work to break the chains of oppression in Haiti today, both physically and spiritually.

I like to think that by doing good in Haiti from Spain, we are helping to overcome the evil to which we once opened the doors.

Pau Abad is Communications Manager of Gain Spain, a Christian NGO working in Haiti and other countries.

Published in: Evangelical Focus - Features - The curse of Haiti